He’s Supposed to Not Utter a Peep About All the Slanderous, Worthless Gossip & Rumormongering Today Among Catholics 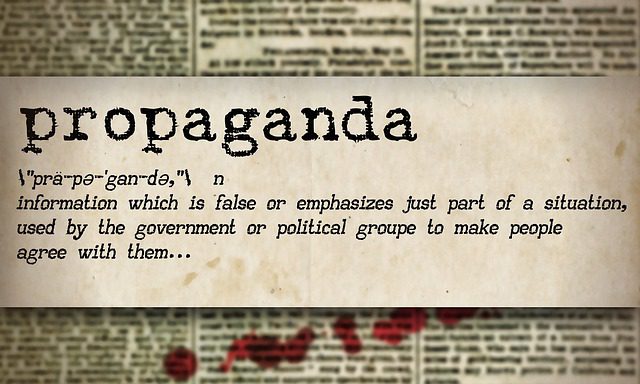 This is a follow-up to my article, Pope Francis Did Not Say EWTN = “Work of the Devil” (Case Study in “Conservative” Catholic Media Bias, Which is Becoming as Problematic as Mainstream Liberal Media Bias) [9-22-21] The usual prattle and negativism was occurring on one Facebook page, which was about an article from pope-basher Phil Lawler, and I chimed in. A few others spoke up for the pope, too (thank God). It was not a public thread, so I can only post what I wrote. Readers can pretty much figure out what I was responding to.

He engages those who actually want to dialogue, and who have that spirit, and he doesn’t with those who don’t: precisely as Jesus did. As for traditionalists, it was bishops who approached him about problems in that community. So he acted upon it. As I have documented, thus far, only 1-2% of all the dioceses in the world have restricted or outlawed the TLM. The sky hasn’t fallen.
*
This pope isn’t perfect. But he is not the Beast and Ogre that he is made out to be, in the biggest (and most absurd) slander campaign I have ever observed outside of politics.
*
***
*
As I (and the pope) argued, insofar as attacks are made on the Church, coming from EWTN and the idiotic, scandalous “papal posse” etc., it is the work of the devil. How could it not be? Catholics build up and defend Holy Mother Church. They don’t tear her down.
*

Ephesians 4:29-31 (RSV) Let no evil talk come out of your mouths, but only such as is good for edifying, as fits the occasion, that it may impart grace to those who hear. [30] And do not grieve the Holy Spirit of God, in whom you were sealed for the day of redemption. [31] Let all bitterness and wrath and anger and clamor and slander be put away from you, with all malice,

*
You are under the impression that I denied that he was referring to EWTN. I did not. I deny that he stated that the work of EWTN, period, was a “work of the devil” or that it does no good whatsoever. This is an unconscionable distortion of his words.
*
It’s all the more outrageous and irrational when some Catholics try to tear down that which they are part and parcel of.
*
For the cynical, suspicious, second-guessing mind (i.e., the typical pope-basher of today) the pope’s words were careless, calculated, etc. . For the rest of us, it is simply a good old-fashioned biblical rebuke of evil-speaking, just as St. Paul made above, and as Jesus often made to those who should have known better.
*
It always has to be his fault, no matter what. Pope Francis Derangement Syndrome . . . The biblical view (long forgotten today in our unhinged rugged American individualism and extreme derision to any faint notion of monarchy) is extreme deference to leaders, which is why Paul showed deference even to the high priest (not even a Christian leader) who had him struck, saying, “I did not know, brethren, that he was the high priest; for it is written, `You shall not speak evil of a ruler of your people'” (Acts 23:5). Look at how King David treated King Saul: the “Lord’s anointed”: even though he was trying to kill him. Peter commanded Christians to honor the emperor (who at the time he wrote was Nero). Etc. All this is long forgotten today.
*
He has been attacked day in and day out, and regularly by Arroyo et al, and has hardly uttered a peep about it. He dares to mention it one time, and even then he doesn’t extensively fight back; he merely mentions it in passing and primarily objects to attacks on the Church, not himself (as he made very clear), but God forbid he do that! He’s supposed to sit there forever and accept this avalanche of negativity. If he complains (even once) or rebukes, it’s obviously his fault. He has to take it, as a good little pope who is there simply to soothe all of our little needs.
*
St. Paul fought back at his trial. St. Cardinal Newman wrote an entire book defending his character and life’s work from the scurrilous attacks of Charles Kingsley (Apologia pro vita sua), and in so doing won great favor in the eyes of anti-Catholic England. He was more misunderstood and slandered by Catholics after that than Anglicans. Even Jesus didn’t always turn the other cheek, as I have written about.
*
Phil Lawler has lied and slandered the pope over and over in his outrageous book, that I have critiqued several times (here are three of those: one / two / three). He never defends himself, and (like Taylor Marshall, who highly recommended my books for years) blew me off as soon as I dared to criticize him (even though his site had highly praised and rated my website for many years, and his cohort Jeff Mirus not long ago gave a very glowing review of my Quotable Newman). You wanna talk about who can’t take any criticism?
*
Lawler has carried on disgracefully, as have many Catholics today with whom I would otherwise have little disagreement; some of whom are my own valued and respected mentors in apologetics. It breaks my heart to see what has happened.
*
And this outrage will continue into the next papacy because it is a false and despicable mindset, which is why it has increasingly spilled over onto Pope Benedict and even Pope St. John Paul II (both of whom I have defended; and how soon people forget what went on just 20 years ago). This garbage will not cease when Pope Francis dies. Mark my words.
*
I have had no trouble at all defending this pope: so idiotic and groundless are the accusations: almost always. I’ve defended him 207 times. I met Lawler’s accusations, showed that they had no basis and refuted them. I see no counter-reply from him or you or anyone else. If I were Pope Francis, I wouldn’t bother with the babble and blather that his critics come up with, either. Let the apologists like me deal with it. He has much more important things to do.
*
Nor did his two predecessors reply to slanderous nonsense. JPII never explained the incident of “kissing the Koran.” Pope Benedict has not answered Michael Voris’ disgusting insinuations that he exaggerated or faked illness in order to resign (which was “immoral”) and greatly let down the flock.
*
So Pope Francis follows the tradition of “don’t answer a fool lest you become like them.” I’m happy to do that work for him (and them).
*
[I was asked about the famous dubia: questions asked of the pope]
*
I wrote an article for NCR, which is owned by EWTN, urging the pope to answer them. He decided not to. He is under no legal obligation to do so. That’s the difference between us: I respect his authority and his decisions, whether I might personally agree with him or not. I don’t second-guess him. I don’t piss and moan and grumble and gossip about it, or think I’d be a better pope than him, or claim that he is a theological ignoramus or a heretic, devoted to subverting the Church. This is Catholic piety.
*
That said, my good friend Dr. Robert Fastiggi, theologian and editor and translator of the latest edition of Denzinger, argued that in effect the pope had already answered the five dubia in Amoris laetitia.
*
***
*
Photo credit: TayebMEZAHDIA (7-17-18) [Pixabay / Pixabay License]
*
***
*
Summary: Follow-up about Pope Francis & his remarks directed at some folks at EWTN (e.g., Arroyo) who are regularly critical of him, & (as he mostly protested) also of Holy Mother Church.

September 24, 2021 "Would Jesus Get Vaccinated?": Reply to Cynical Atheists
Recent Comments
0 | Leave a Comment
"Good on you for being the living counterpoint Dave. Even when being (deliberately?) misconstrued."
Scottgun Are Christians Uniquely Averse to Criticism?
"I have defended Pope Francis over 200 times:https://www.patheos.com/blo...And collected 285 more articles from others defending ..."
Dave Armstrong Bp. Schneider Evokes Luther’s Disdain for ..."
"If I wanted to know why the synoptic gospels should, or can, be understood as ..."
John Driscoll Pearce’s Potshots #49: Homer & the ..."
"I think everyone has a thin skin these days and so few know how to ..."
Ame Are Christians Uniquely Averse to Criticism?
Browse Our Archives
get the latest updates from
Biblical Evidence for Catholicism
and the Patheos
Catholic
Channel
POPULAR AT PATHEOS Catholic
1