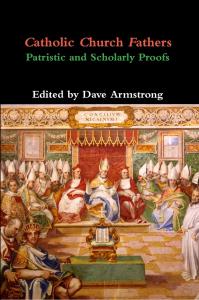 [book and purchase information; the following material is not in this book]

Church Father X believes in sola Scriptura, because, look, see!: he praises Scripture in this place and that, and another over there, and says that Christians ought to read the Bible to learn theology! Obviously, then, he agrees with the formal Protestant principle of sola Scriptura! Who could possibly doubt it?

But this is fallacious and illogical through and through. The proper approach to this topic and what a given Church father believed is as follows:

Sola Scriptura (as classically defined by Protestants) means that Scripture is the only final infallible norm and source and standard (rule of faith) for Christian doctrine and faith. It follows from this, that neither the Church, nor ecumenical councils, nor popes, nor sacred, apostolic tradition, nor apostolic succession are infallible sources of authority. They are usually respected by the thinking Protestant, and regarded as authoritative to a degree, but not infallibly so.

We must, therefore, look to see if Church father X thinks Scripture is formally sufficient for authority (not just materially sufficient, which we agree with) without the necessary aid of Tradition and the Church, or if he does not, as indicated in other statements. A thinker’s statements regarding Christian authority must be evaluated in context of all of his thought in this area, rather than having pieces taken out and then claiming that they “prove” something that they do not, in fact, prove at all.

In other words, even if we find a quote where a father seems (at first glance) to be stating something akin to sola Scriptura (since he is writing about the Bible without immediate reference to Church or Tradition), we must examine what he believes about the (binding?, infallible?) authority of Tradition, Church (including ecumenical councils), and apostolic succession, because the very question at hand (what is the rule of faith?) has to do with the relation of all those things (all but Scripture being non-infallible, according to sola Scriptura).

For that reason, their beliefs concerning all these other elements have to be examined, in order to understand properly how they views their relationship vis-a-vis each other, and whether or not they adhere to sola Scriptura. as the rule of faith. If they hold to the infallible authority of anything besides Scripture, they do not believe in sola Scriptura.

The Protestant always puts the Bible above Church and Tradition, and denies that the latter two can be infallible. Catholics and Orthodox believe in a three-legged stool, where, practically-speaking, Church and Tradition have equal authority with Scripture, because they are the necessary framework and interpretive grid through which Scripture can be properly interpreted in an orthodox sense.

With this in mind, we proceed to determine whether St. Ambrose believed in sola Scriptura, or the Catholic rule of faith.

Seeing, therefore, that men who agree not among themselves have all alike conspired against the Church of God, I shall call those whom I have to answer by the common name of heretics. (Exposition of the Christian Faith, Bk. I, chapter 6, section 46)

[T]hey entangle themselves in the difficulties raised by the Manichæans, . . . But this teaching the Church condemns. (Exposition of the Christian Faith, Bk. III, chapter 6, section 42)

For otherwise they would not have any feeling against their works, did they not judge that they have not the faith which was in them, that faith established by the tradition of our forefathers, which the devils themselves cannot deny, but the Arians do. (Letter 22 to his sister, 19)

The Arians, then, say that Christ is unlike the Father; we deny it. . . . Nevertheless I would not that your sacred Majesty should trust to argument and our disputation. Let us enquire of the Scriptures, of apostles, of prophets, of Christ. (Exposition of the Christian Faith, Bk. I, chapter 6, section 43)

Our predecessors have preserved the explanation received from the apostles, . . . (On the Holy Spirit, Bk. I, chapter 13, section 158)

[I]t is established that this is the inheritance of the apostolic faith from the fact that the apostles are described as having obeyed the Holy Spirit. (On the Holy Spirit, Bk. II, chapter 13, section 142)

This is the inheritance of apostolic faith and devotion, which one may observe also in the Acts of the Apostles. (On the Holy Spirit, Bk. II, chapter 13, section 145)

In like manner it seemed impossible that sins should be forgiven through repentance, but Christ gave this power to His apostles, which has been transmitted to the priestly office. (Concerning Repentance, Bk. II, chapter 2, section 12)

Of the Acts of Councils, I shall let that one be my chief guide which three hundred and eighteen priests [at the Council of Nicaea: 325 AD], appointed, as it were, after the judgment of Abraham, made (so to speak) a trophy raised to proclaim their victory over the infidel throughout the world, prevailing by that courage of the Faith, wherein all agreed. Verily, as it seems to me, one may herein see the hand of God, . . . (Exposition of the Christian Faith, Bk. I, Prologue, section 5)

When this letter had been read before the Council assembled at Nicæa, the Fathers put this word in their exposition of the Faith, because they saw that it daunted their adversaries; in order that they might take the sword, which their opponents had drawn, to smite off the head of those opponents’ own blasphemous heresy. (Exposition of the Christian Faith, Bk. III, chapter 15, section 125)

The severest ground was taken by the Novatians, who were condemned successively by many councils, . . . (Concerning Repentance, Bk. I, Introduction)

. . . the rule of the Nicene Council, from which neither death nor the sword can detach me, . . . (Letter 21 to the Emperor and blessed Augustus, Valentinian, 14)

If anything has to be discussed I have learned to discuss it in church as those before me did. If a conference is to be held concerning the faith, there ought to be a gathering of Bishops, as was done under Constantine, the Prince of august memory, who did not promulgate any laws beforehand, but left the decision to the Bishops. . . . certainly the larger number at Ariminum approved the faith of the Nicene Council and condemned the Arian propositions. (Letter 21 to the Emperor and blessed Augustus, Valentinian, 15)

[T]he Fathers in the Nicene Council added that no one who has contracted a second marriage ought to be admitted among the clergy at all. (Letter 63 to the Church of Vercellæ, 64)

He said to Peter: I have prayed for you, that your faith fail not. Luke 22:32 To the same Apostle, again, when on a former occasion he said, You are the Christ, the Son of the living God, He made answer: You are Peter, and upon this Rock will I build My Church, and I will give you the keys of the kingdom of heaven. Matthew 16:18 Could He not, then, strengthen the faith of the man to whom, acting on His own authority, He gave the kingdom, whom He called the Rock, thereby declaring him to be the foundation of the Church? (Exposition of the Christian Faith, Bk. IV, chapter 5, section 57)

For documentation of many more Church fathers who rejected sola Scriptura, see the “Bible” section of my Fathers of the Church web page.

Summary: I prove that St. Ambrose did not believe in the Protestant rule of faith: sola Scriptura, and that he accepted the infallible authority of Church and Tradition. 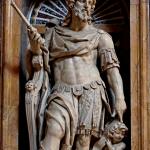 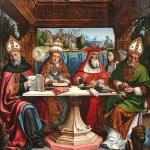 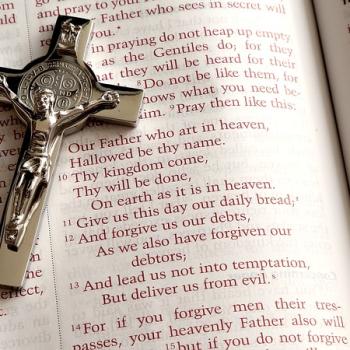 Catholic
Catholic Church "Above" the Bible? (vs. Lucas Banzoli)
Biblical Evidence for Catholicism 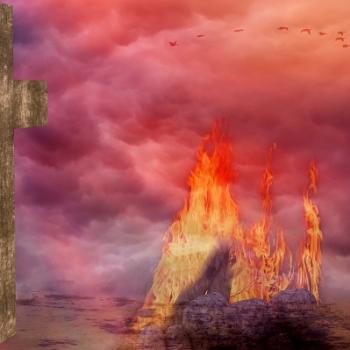 New Working Paper: "What’s So Special About Religious...
On March 24-25, 2022, I participated in the conference: "Beyond `Defensive Crouch,'...
view all Catholic blogs
What Are Your Thoughts?leave a comment
Copyright 2008-2021, Patheos. All rights reserved.