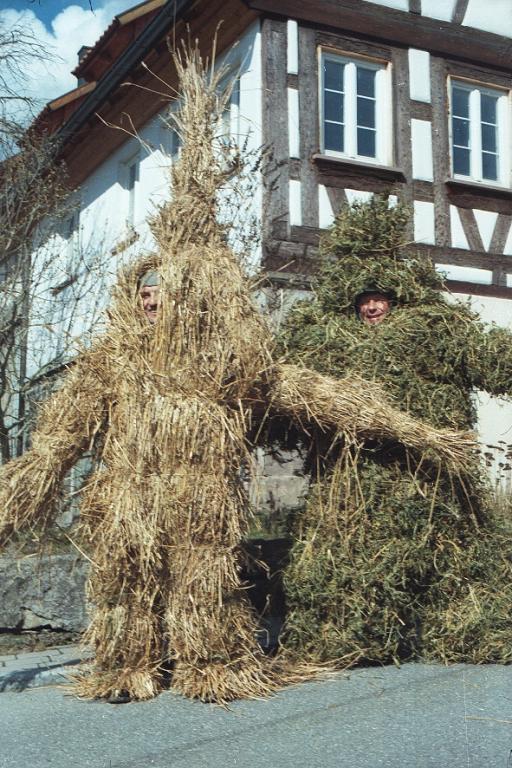 The hypocritical Papists, being well aware that their false claim for the supremacy of the Pope cannot stand unless backed by his personal holiness, proceed to bolster up that falsehood by a greater one. They endeavor to give him the reputation of personal goodness by saying he cannot err, for the Holy Spirit never forsakes him, and Christ is ever with and in him. . . . Why do they tell such blasphemous falsehoods? Doubtless because they are aware of the futility of attempting to maintain supremacy without personal goodness; they would be compelled to admit that exaltation without piety must be of the devil.

This is a very common error / misunderstanding; rampant within Protestantism. Here it is right at the source and font of that movement. The true Catholic teaching, of course, is that the pope is infallible under certain conditions, but that this infallibility does not necessarily entail personal holiness. It’s preferable that the pope is a holy man, and most of the popes have been, but this has no direct bearing on his authority in the office of the papacy. Luther himself was always quick to distance his personal imperfections from his (self-proclaimed) authority, and claim that it is irrelevant to the latter; yet he vainly imagines that how Catholics view the relationship of authority and holiness is vastly different.

A Catholic friend replied: “Such statements make Luther seem either dumb or dishonest– perhaps both?” How I see it is that Luther was so prejudiced against the Catholic Church (sometimes with good reason because of the widespread corruption in morals of the time) that he frequently spewed falsehoods about it and painted it in the blackest light. Whether that was deliberate or a result of this prejudice is hard to tell. But the end result is the same in either event: misrepresentation: not of the sins of persons, but of official Catholic teaching.

I have shown that Luther understood the doctrine of papal infallibility in his Leipzig Disputation of 1519.

It was easily known or knowable in 1521 that whatever powers of infallibility or protection the pope was granted (there was some dispute) were distinct from his personal holiness. That argument had been well-established by St. Augustine 1100 years earlier, and Luther was an Augustinian monk. It’s two different things: infallibility and impeccability. Luther not infrequently made this distinction about himself (usually defending his acid tongue and hyper-rhetoric against complaints from friends and foes alike), but because of his prejudice against Catholicism, he is unable to fathom that the same thing holds there as well: office and personal sanctity are distinguishable from each other, with the former not dependent upon the latter. What Luther’s error here amounts to is the sort of excessive rigorism and legalism embodied by the Donatists, Montanists, and other such schismatic sects.

It’s ironic, too, that Luther, later in his life, was absolutely disgusted with his own faction of Lutherans, and is on record blasting them over and over in no uncertain terms (I’ve documented it, as usual!). He even admits that their lives are no better than those of the “papists.” So with this pseudo-Donatist view of offices / sinfulness, where does that leave his Lutherans? Obviously no better off than the Catholics. At least he was honest about deficiencies n his own party. Credit where it is due . . . But he couldn’t see that they largely derived from the false principle of sola Scriptura.

St. Paul called himself the “chief” of sinners, yet Protestants are glad to grant him authority and make him their favorite saint and authority figure. King David and committed adultery, yet God (knowing he was to commit those crimes), said he was a man after his own heart, and made an eternal covenant with him. David was even a messianic prototype of our Lord Jesus. Judas was still truly a disciple, and Jesus picked him, didn’t He? Paul called the Galatians and Corinthians brethren, even though they had serious sin; Jesus called the seven churches in revelation “churches”. They didn’t cease being so because of all kinds of serious sin.

These distinctions of authority or legitimate category and personal holiness are pretty basic. Its hard to believe that Luther didn’t grasp them. So I can only conclude that he got carried away by his negative emotions, and logic and knowledge of the Bible and the history of Christian doctrine went out the window, when he talked about the dreaded “antichrist” popes. 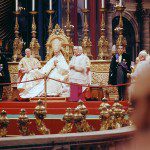 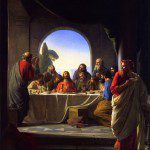