Donald Trump is a Slimeball, Moron, and Scumbag 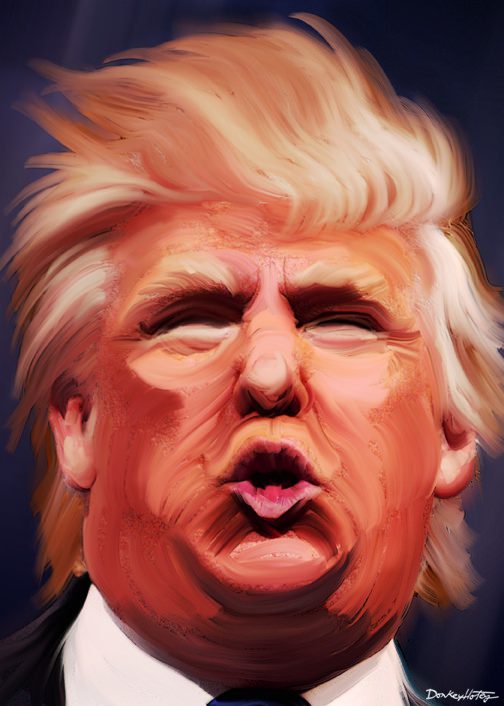 Good! You came here to see what I was gonna write, hoping for more rhetorical annihilations of the Evil Rascal and Most Hated Man in America, or — knowing my past stated opinions — to see if I have undergone a radical change of mind? My title and introductory lines constitute my “comment” on the state of most (critical) TrumpTrashTalk today: lots of boorish, boring ranting and raving.

If you prefer, on the other hand, to read something a bit more calm and (I hope) reasoned,  I now present some follow-up commentary regarding my second post back about The Donald: 15 Reasons Why Trump Wins in November (5 May 2016).

Things have moved so quickly in the last three weeks that there are now additional reasons why he will win, that I didn’t even cover in my paper; for example, a massive shift towards Trump among young millennials. On 25 April, Politico was proclaiming that “Millennials don’t like Donald Trump.” But on 24 May, an article in Gateway Pundit stated (bolding in original):

What should worry Democrats most is Trump’s gain with millennial voters.
Trump is now in a virtual dead heat with Hillary with voters 18-29 years old.
That’s a 36 point swing in one month!

RedAlert Politics reported: Clinton’s support among young voters ages 18 to 29 has dropped 19 percent since March — and Trump has gained 17 percent support from the same demographic. That’s a 36 percent swing.

Rush Limbaugh said today Trump’s strategy has been amazingly effective with millennials who never heard of the Clinton sex scandals.

In my #2 of 15 points, I wrote, three weeks ago: “He’ll get the libertarian, and moderate voters by the droves.” I didn’t even mention independents, because at that time he wasn’t leading in that category, and was indeed struggling. I suspected (but didn’t say then) that he would gain in this category as time went on. And sure enough, it’s already happening. According to Gateway Pundit again, in an article from 21 May, Trump leads among independents, 48-35%, and “Hillary lost 13 points with independents in one month.” This is according to a recent ABC News/Washington Post poll.

In my #5, I opined: “We still have to see the aftermath of what a (probably more likely than not) FBI recommendation for indictment on several felony counts will do to Hillary and the Democrats.” Things on that front have gotten considerably worse, even in just the last few days. And so even liberal news outlets have headlines like, “Hillary Clinton’s email problems just got much worse” (Washington Post, 5-25-16), “I really don’t want to be the one to say this, but I gotta tell you, this is really hard to believe, it feels like she is lying straight out” (co-host Mika Brzezinski on Morning Joe, as reported at Real Clear Politics, 5-26-16), “Emails Add to Hillary Clinton’s Central Problem: Voters Just Don’t Trust Her” (New York Times, 5-25-16), and “Bernie Should’ve Attacked Hillary’s ‘Damn Emails’” (New Republic, 5-26-16).

Welcome to the crowd, liberal / secular media. Better late than never. We’ve been trying to raise the alarm about this legitimate, deeply troubling legal and national security scandal for well over a year now. You guys were dumb enough to rig the Democratic super-delegate system in Hillary’s favor, anyway, so now you gotta boil in your own stew.

In #6, I noted the obvious point that Bernie Sanders is dividing the Democrats “in a major way.” That has gotten considerably worse as well. The media was having a field day for months mocking and delighting over the contentious Republican primaries. Now the GOP is coalescing remarkably fast, given the deep divisions that were brought out by that (ultimately healthy) process. It’s the Dems who face  a convention fiasco that may resemble the 1968 Chicago convention, or even surpass it, for all we know. The Common Dreams website asked, anxiously, “Does Democratic Party Discord Portend Disaster at Convention?” (5-18-16). The first paragraph reads:

Deep divisions and disarray within the Democratic Party, fully surfaced in the wake of the Nevada convention brouhaha, suggest that July’s national convention in Philadelphia could serve as ground zero for a battle over the party’s very soul.

In #7, I wrote: “2016 resembles 1980 in many ways. Ronald Reagan was down in the polls 15-25 points to Jimmy Carter at this time of the year. Trump is already pulling even in some polls . . .” Lo and behold, last week, Trump pulled even in the Real Politics Average, which is the average of the five most recent national polls from reputable polling companies. Today the average is +1 for Clinton (43.8 to 42.8), because the latest Rasmussen poll had her ahead by one point. Weren’t we told for months now that no Republican had a chance, and that Kasich and Rubio had the best chance against Hillary, but that Trump had none? I said months ago that he had the best chance of any GOP candidate, for a variety of reasons, demographic and otherwise. Now I look almost like a prophet, and things are only just beginning (as I noted in my #8).

Lastly, in #15, I acknowledged that “Donald Trump is having problems with the female vote”. It’s tough to imagine that any sentient being could have missed that, since the media has trumpeted few things more, lo these past many months. But even here, things are rapidly evening out and even going in Trump’s favor, if we look at the issue from the larger vantage point of the “gender gap.”  It now favors Trump because Hillary is even more unpopular among men. Thus, advantage Trump. The Washington Examiner noted (5-19-16):

Besides losing in the overall poll of likely voters [by five points], the Rasmussen results show that Clinton is facing a bigger gender gap with men than Trump is with women. For women, the gap is 11 points, with 47 percent choosing Clinton and 36 percent picking Trump.

But among men, there is a 22-point gap, with 49 percent of men with Trump and just 27 percent with Clinton. In the poll sample, 51 percent were women.

There you have it. Regarding at least four of my fifteen points three weeks ago, Trump is in significantly better shape now than he was then. And among two demographic groups I didn’t even mention (among millennials and independents), he is doing much better as well.

The reasons he will win keep piling up. Another (a seventh one) I didn’t mention in my earlier paper would be his listing of eleven potential Supreme Court Justices that he might appoint (I suggested shortly after the paper that he should appoint Ted Cruz: a similar strategy, and an even more unifying one). This was widely hailed as a positive sign and indication that his pick would be quite in line with what doctrinaire conservatives and pro-lifers desire. Hence, rock solid conservative Cal Thomas wrote in The Washington Times (5-23-16):

In releasing his list of potential Supreme Court nominees, Donald Trump, the presumptive Republican presidential nominee, has begun to solidify his support among conservatives as perhaps no other announcement could do.

The record of any of the 11 judges currently serving on federal or state benches may calm the fears of those who are not committed “NeverTrump-ers.”

A clear sign of how well these men and women would perform on the court is the reaction by Hillary Clinton, who calls them “extreme ideologues.”

And it is still very early.

See my previous posts about the 2016 election season: 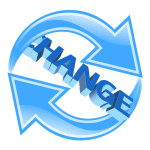