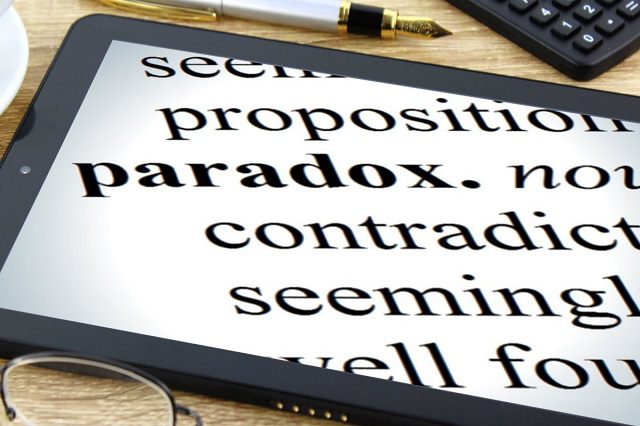 This is a woman, remember, who voted for Hillary Clinton (Planned Parenthood’s selected “Champion of the Century”). But I don’t classify her as a “pro-lifer in quotation marks” as her good buddy, the Orthodoxy Cop, regularly does to us.

She writes: “I actually like Gorsuch; but I liked Merrick Garland, too.” Yeah, that makes sense. Anyone who would vote for Hillary Clinton would like a Democrat appointee to the Supreme Court. There hasn’t been a pro-life Democrat appointee sent to the bench for 55 years. That was 1962 and Byron White: appointed by JFK.

She pontificates: “I want to see just how many Republican voters will suddenly recall they care deeply about other issues besides abortion.” Right. This is the “one issue voter” mantra / bilge that the pro-aborts (falsely known as “pro-choice”) have been spewing out for 50 years.

I’m sure they are ecstatic that they now have pro-lifers like Simcha and the Orthodoxy Cop parroting their drivel, to cause dissension within the ranks. It’s the time-honored tactic of “divide and conquer.” St. Paul vociferously condemns such dissension, contentiousness and in-fighting over and over. For example:

Titus 3:9 But avoid stupid controversies, genealogies, dissensions, and quarrels over the law, for they are unprofitable and futile.

A rebuke of contentiousness is not itself contentious (many people seem to think so, for some odd reason). If that were the case, one would have to condemn St. Paul himself as contentious in his two statements above. He often urges us to imitate him.

Now we can wait and see how long it’ll be before we have a pro-life Democrat candidate for President. Don’t hold your breath! Then “new” pro-lifers like Simcha can vote for him or her and feel warm all over! Oh wait: Simcha just voted for the pro-abort last year (claiming that this was “the least un-pro-life option.”). Ah, blessed consistency . . .

No conservative or pro-lifer can consistently vote for a rabid pro-abort: in this case, one so callous, heartless, and cruel that she proudly defended partial-birth infanticide (the removal of the brain of a nine-month old baby, delivered up to the neck) in one of the presidential debates, and is viewed by Planned Parenthood as a superhero for their cause.

But I don’t deny that she is pro-life. Nor do I deny that she is an orthodox Catholic. I merely note that she is an impossibly inconsistent, incoherent, and confused pro-lifer and conservative, if she is buying the propaganda of the pro-aborts all over the place, and using it to excoriate pro-lifers who voted differently than she did.

Addendum: I had removed this article earlier today because I couldn’t absolutely verify whether Simcha Fisher voted for Hillary Clinton, and I didn’t want to spread falsehood (if in fact she did not). One of the original commenters stated that her regular readers “knew” that she voted third party. I openly acknowledged my lack of absolute proof (in the original combox) — after looking around quite a bit to try to find it — and took it down.

Lo and behold, Simcha decided to clarify the issue and remove all doubt at around noon (EST) on 8-2-17, on her Facebook page (public comment):

To anyone who, for some reason, wants to know: Yes, I voted for Hillary. I live in a swing state, and I thought it was the best chance to stop Trump, who, as I’ve argued repeatedly, is no more pro-life than Hillary. I thought and prayed hard about my piddling little vote, and I have no regrets.

I have two screenshots of it, too (that others posted on my Facebook page), lest anyone doubt that it is genuine. Once I saw this, I resolved to put my post back up and wrote on Facebook (after being called a coward because I had previously blocked Simcha on Facebook):

She can defend herself in a public post. What’s to stop her? She doesn’t have to do so here.

I will publicly post anything she writes in response to any criticism I have sent her way, either here or on the blog that I am putting up again.

Any of her friends can send me a PM, and she herself can send a reply to my email address [which I then listed]

Addendum #2: Since neither Simcha nor any of her friends sent me any of her replies, I unblocked her on Facebook, went and looked at the public thread she began in response to this, to see how she replied. Below are her replies (in blue), with my counter-replies, to correct matters of inaccuracy as to my position and what I have written (spaces mean a different comment from her):

Of course the only people who care about this have long since blocked me, but I guess their pals can take screenshots for them. Because that is a life well lived.

No, I don’t care who blocks me. I was just annoyed that some guy wrote a thing and said he was “unable to verify how I voted,” as if it was some dark secret. If he had asked me, I would have told him.

I was pretty sure that I had seen her say she voted for Hillary back in November, but was not absolutely sure. Then someone who goes by “gabianna” on Disqus commenting on my original post: “How do you know she voted for Hilary Clinton? Anyone who reads her regularly knows that she is disenchanted with BOTH parties (as every good catholic should since no one party fully represents the teachings of Christ) and voted third party.” This and two other comments made me wonder if I was incorrect, and I tried to find verification and could not. I asked my Facebook followers if anyone could verify it. Then Simcha did herself (which shows that my original near certainty was correct).

[She announced her vote] Because when I woke up this morning, someone had written a long piece about how evil I am for voting for Hillary, and then he took it down because he said he couldn’t verify whether or not I had voted for Hillary. I just get sick of the [BS].

Of course I have never said she was “evil”; only contentious and inconsistent. I specifically emphasize in the paper that she is a Catholic and a pro-lifer, and I have rebuked several times now, those on my Facebook page who state otherwise.

It wasn’t even political discourse. It was just some guy trying to excommunicate me for my vote,

I did no such thing. I have reiterated over and over on Facebook, that I believe that Simcha is an orthodox Catholic. I have quibbled with her self-description as “conservative” though, given her vote. If we want to find someone who excommunicates literally millions of Catholics for their vote, that is her comrade, the Orthodoxy Cop. I guess his attitude is projected onto me, as f I am clueless enough to think that. But even The Cop admitted in the same thread: “To do him credit, he doesn’t smear her as a heretic.”

. . . and then back pedalling on the pretense that I was unwilling to admit who I voted for.

I never said a word about “unwilling.” I simply couldn’t find verification, and I had a person claim that her regular readers “know” she voted third party. Thats what good journalists do. If a question is raised, they verify.

It was personal, not political. I don’t know what i ever did to him, but there it is.

It’s not personal at all. But that is the state of discourse in our postmodernist world: everything — any disagreement or criticism — is taken personally, because people seem unable to separate persons fro the opinions of the persons.

I ignore it as much as I can, but I don’t think I can be faulted for occasionally defending myself.

That’s exactly how I feel about the constant drumbeat of attacks on Republican pro-lifers coming from the “new” pro-lifers.

Yes, people ask all the time. And people write condemnations of my soul based on my vote, and then take them down because they are unable to confirm that i did indeed vote in this evil way.

This is a wholesale distortion of what I have written. I condemn no one’s soul (let alone hers). But if this is how Simcha takes criticism, there’s nothing I can do about it.

I don’t care what they think, but I didnt’ like the implication that I was ashamed of my vote. I’m not.

I think it’s good that she’s straightforward and open about it. If she was so profoundly right, then she 1) indeed, shouldn’t be ashamed, and 2) should be able to articulate her reasons over against criticism.

This is not claiming that she is, in fact, “ashamed” (the “indeed” implies that) but rather, that she shouldn’t and wouldn’t be, if she felt she was right. And that’s exactly what she has said. I praised her openness, while disagreeing thoroughly with her vote.

I’m gonna copyright my name, so people have to pay me when they drag me into stuff, instead of collecting their two bits from Patheos.

The obligatory silly dig at Patheos, . . .

Simcha Fisher has now had her say on my blog (as promised) and I have made my replies, too. Isn’t it refreshing to hear both “sides” in one place for a change? Now, if Simcha wants to get away from all her cheerleaders and talk and have a real discussion one day about pro-life commitment and how it plays out in all of life and in voting, and about whether we “old” pro-lifers are every bit as committed to the cause as she is, let the record show that I’m all for it.

Debate on Democrat / Liberal Social Policies as a Way to Supposedly Lessen Abortion and Poverty and Other Social Ills [Facebook, 4-13-17] 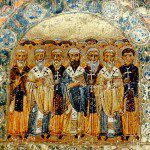 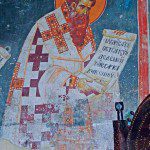 August 2, 2017 Basil the Great (d. 379) vs. Sola Scriptura as the Rule of Faith
Recent Comments
0 | Leave a Comment
"Hey Dave, please come respond to Steve Christie in the comment section in Gary Michuta's ..."
Anthony 1 Esdras & the Canon of ..."
"I'm glad someone is defending the Pope. Seems he's attacked on all sides, even by ..."
Gabriela Why is Pope Francis So Loved ..."
"Hi Michael,I didn't realize that you were an adherent of Judaism. We ought to have ..."
Dave Armstrong Refuting 59 of Michael Alter’s Resurrection ..."
"Comprehensive statistics:https://91-divoc.com/pages/...Not too many conclusions. As you say, heroic measures (lockdowns, compulsory masking, whatever) don't ..."
James Kalb Closed States Do NOT Lower COVID-19 ..."
Browse Our Archives
get the latest from
Biblical Evidence for Catholicism
Sign up for our newsletter
POPULAR AT PATHEOS Catholic
1