Martin Luther as Initial Cause of Protestant In-Fighting 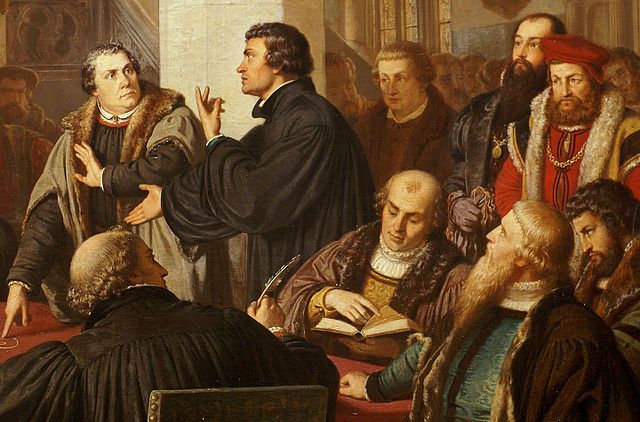 Martin Luther always failed to see how his own radically new (“here I stand, no matter what Church and tradition [and, I would add, Bible] say”) sola Sciptura principles led to the rapidly proliferating sectarianism that he utterly despised and detested.

For example, Thomas Müntzer, Markus Stübner, and Nicholas Storck: leaders of the Anabaptist sect, had all begun as disciples of Luther, and in fact started preaching their radical doctrines in Luther’s town of Wittenberg in 1521. They started with his principles (the rule of faith) and then went their own way, including against him, just as Luther went his own way against the Catholic Church.

This is how sectarianism proceeds. Calvin did the same. He started with high praise for Luther and then got more caustic against him and started his own sect or school. The fact that they were later critical of Luther in no way overcomes my argument. Quite the contrary: it strongly reinforces it.

Apart from condemnation of non-trinitarians (i.e., non-Christians), Luther also attacked fellow Protestants: the Anabaptists (who “won’t have baptism”), Zwingli and Zwinglians and proto-Calvinists, or those groups known as “sacramentarians” (who “deny “the efficacy of the Lord’s supper”).

If one heresy die, by and by another springeth up, for the devil doth neither slumber or sleep. I . . . have been now in the ministry of Christ about twenty years, can truly witness that I have been assailed with more than twenty sects, . . . Satan, the god of all dissension, stirreth up daily new sects, . . . Such is the blindness and presumption of these frantic heads, which even by their own judgment do condemn themselves. . . . let the minister of Christ know that so long as he teacheth Christ purely, there shall not be wanting perverse spirits, yea, even of our own, . . . Yea, let him rejoice in the troubles which he suffereth by these sects and seditious spirits, continually springing up one after another.

Papal Infallibility Doctrine: History (Including Luther’s Dissent at the Leipzig Disputation in 1519) (Related also to the particular circumstances of the origins of sola Scriptura) [10-8-07]

Luther’s Disgust Over Protestant Sectarianism and Radical Heresies [3-1-10; abridged and published in the National Catholic Register: 9-8-17]

Photo credit: Luther’s conflict with rival “reformer” Zwingli over the nature of the Eucharist, at the Marburg Colloquy in October 1529. Painting by Christian Karl August Noack (1822-1905) [public domain / Wikimedia Commons] 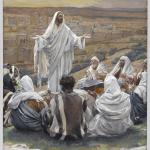