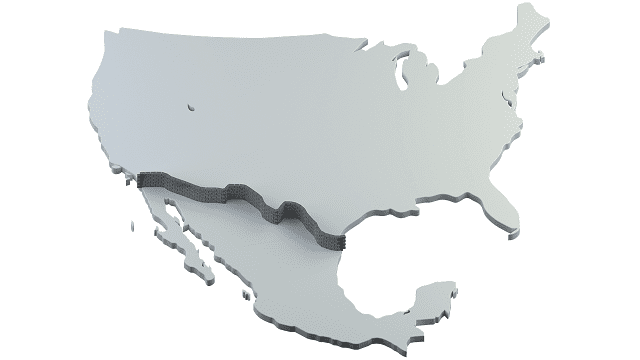 There seems to be absolutely no discussion on this across the stark positions of fer or agin. Never the twain shall meet.

I’ve tried very hard to explain and elaborate upon a politically conservative, biblical, Catholic, and compassionate position, based on biblical teaching, and sociological data concerning crime and drugs. I’ve put up several blog papers about it, additional ones on Facebook, and now one at National Catholic Register (with a possible follow-up to come).

No one who disagrees is willing to have an intelligent, non-insulting discussion about it.

At Patheos, where I blog, there have been many articles against the wall (since many Catholic columnists there are politically liberal or non-conservative, at any rate): most with the usual empty-headed charges that anyone who is in favor of the wall and border security is a racist and a bigot and overall scumbag, with no concern for the plight of millions of poor, etc. And this is led by the thunderingpseudo-prophet Jeremiah II (whom I shall not name). Jeremiah II wrote one of his typical idiotic denunciations of anyone who favors a wall, a week ago:

It’s his base of racists he [President Trump] must please. He promised them a Wall and they will hate him if he breaks that promise, because punishing the poor and the brown is the very core of the contract he made with his base of white racists. Cruelty to the poor and brown matters more to them than their own happiness and prosperity.

I just saw another Patheos post that compared proponents of a wall to the inhabitants of Sodom and Gomorrah: who wanted to keep non-residents out. That’s a new one: A for cleverness, if not profundity . . .

These posts get lots of backslapping / rah-rah / “attaboy! comments from those who agree. If someone dares to disagree, they are set upon by the mob (you know the routine).

This is the problem in America right now with political discourse (and also ethical and theological discussion, for that matter). Virtually no one wants to talk to or seek to understand anyone who differs from them.

Instead, they want to demonize and caricature opposing views and engage in groupthink in negatively characterizing and putting down those (en masse) who differ from them. That’s not rational discourse or dialogue. “They’re the evil, wicked ones. My side is virtuous and singularly and exclusively Catholic and pure as the driven snow.”

It’s classic prejudicial thinking. It’s what the Nazis did to Jewish people: caricatured, mocked, lied about, and endlessly scapegoated them: all the way to persecution and genocide. It’s how anti-Catholics treat Catholics and Catholicism all the time. It’s how Communists and atheists treat Christianity. And it’s how the Democrat Party always treats conservatives and Republicans (especially during election seasons).

I don’t have to assume anything negative about anyone in talking about this. I simply want to have a true dialogue: give my view and see how it is critiqued, and to critique other views also and see if they stand up under scrutiny. 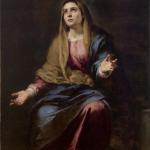 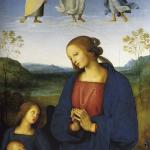 August 12, 2019 Immaculate Conception: Dialogue w Evangelical Protestant
Recent Comments
0 | Leave a Comment
"The propositions that are condemned by the papal bull in question came from a book ..."
Paul Hoffer “Unigenitus” (1713) vs. Personal Bible Study?
"For now?Come back in 3 years and we can revisit this."
Sandy Plage Bad or Absent Fathers as a ..."
"Looks good to me, what I saw of it."
Dave Armstrong Did Medieval Catholicism Forbid All Vernacular ..."
"This is my explanation of purgatory in my first book:https://web.archive.org/web..."
Dave Armstrong Jewish 1st Century Belief in Purgatory ..."
Browse Our Archives
get the latest from
Biblical Evidence for Catholicism
Sign up for our newsletter
POPULAR AT PATHEOS Catholic
1