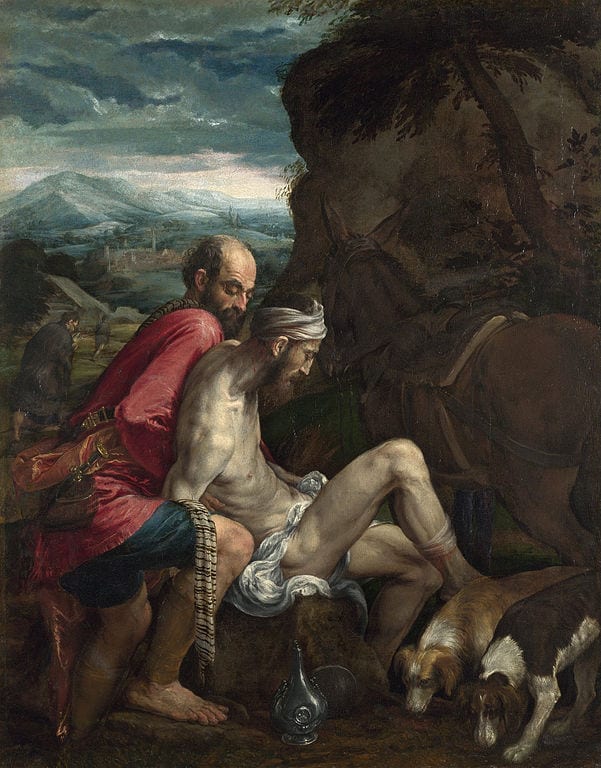 Mutually respectful discussion between those of differing political views is so rare today. This is particularly true with regard to the issue of illegal immigration, border laws, and whether or not we need to build more miles of wall on the Mexican border. I shall try once again to engage in dialogue on the broad issue (having tried many times), with Henry Karlson: fellow Patheos blogger.

Henry, a Byzantine Catholic, has done graduate work in philosophy, theology, and comparative religious dialogue. He has taught as an adjunct at both Georgetown University and the Catholic University of America, and his book, The Eschatological Judgment of Christ: The Hope of Universal Salvation and the Fear of Perdition in the Theology of Hans Urs von Balthasar, was published by  Wipf and Stock in 2017.

I shall be citing mostly the first portion of his article, “What Would You Do?” (1-30-19) and replying, with Henry’s words in blue. As soon as I publish this, I’ll inform Henry underneath his article, and then if he wants to further continue dialogue, it’ll be up to him. I’m always game, as long as it is civil and on-topic.

If Jesus was at the border, poor and destitute, on the run from brigands and government officials alike, would you welcome him into your home, giving him food, drink, and shelter?

If He knocked on my door and asked me to, yes (especially if I knew it was Jesus!). If, on the other hand, He broke in (violating property laws) and stole food (theft), and then informed me that he had a “right” to be here and also to receive food and shelter and medical care (questions of citizenship, rights of citizens, and rights of non-citizens, that are legitimate issues to debate), then I would not welcome Him. But of course, Jesus, being sinless and incapable of sin (impeccable) wouldn’t break into homes and steal in the first place (let alone assert so-called “rights”), so that is a rather moot hypothetical.

In other words, it is a loaded question and assumes many things that themselves have to be examined one-by-one.

If Jesus was at your door, speaking to you in a language you did not understand, would you belittle him before telling him to go away?

A “how often do you beat your wife?”-type question, “leading the witness,” so to speak. Why would anyone belittle a foreign language? That’s just stupid. Speaking for myself (as a political conservative), I took a year of Spanish in college (in case anyone was wondering if I knew anything of other language). I also have three of my books available in Spanish, one in Portugese, and one in French.

If Jesus was being questioned by border patrol, being asked to show his papers, of which he had none, would you speak up for him and ask the border patrol to leave him alone?

I would uphold the border laws of the country He was trying to get into, and encourage legal entry, with the proper required papers and procedures followed. Again, Jesus would do the same, so this is a non-issue. He wouldn’t willfully break laws. After all, He said, “render unto Caesar what is Caesar’s” (regarding taxes) and told a Roman centurion to be content with his wages. St. Paul reiterates that we are to honor and obey rulers (Romans 13). When he was writing, the Roman emperor was Nero (who had him beheaded).

I live a few miles from Canada, in metro Detroit (my father was born there and was a legal American immigrant). The last time I went over the bridge to Canada, I had to have a passport. Now if I hadn’t had that, I wouldn’t try to deviously get across the river somehow without proper papers. And I wouldn’t do so because that is breaking the law, and a sin. I had to have a passport when I visited Israel in 2014 as well.

If a group of people surrounded Jesus, telling him he is not welcome in America, that he should be back to his own homeland, would you join in?

Of course not. But again, this appears to assume what it has the burden to prove: i.e., that Jesus would seek to come here illegally and that we should all think that was wonderful and accept it: that illegality and law-breaking is acceptable in the first place. Jesus simply wouldn’t do that. So insofar as this is referring to an illegal immigrant scenario, it’s a dumb and misguided question.

If Jesus was found beaten and abused, would you tell him it is all his fault, that he deserved it for all that he said and done, before leaving him to die from his wounds?

I would follow the model that He laid down in His parable of the Good Samaritan. Then if I discovered that He was an illegal immigrant, I would report Him to the authorities. But He wouldn’t be, etc.

If Jesus was crying before your feet, having been sexually assaulted, would you ask him what he did that made someone treat him like that?

No. Only a moron would. Or is this a stereotype of how a conservative is supposedly taught to act and think?

If Jesus was seen begging for food, would you tell him to get a job?

If I knew it was Jesus, I would know that He already had a job (proclaiming the Good News, healing and saving people, and being the Messiah) and would gladly take Him to lunch for as long as I possibly could. If I didn’t know it was Him, I would take Him to lunch and ask how it is that He didn’t have a job, and what could possibly be done (on both our parts) to find Him one.

If Jesus, unwashed for days, was seen going into your local coffee shop, seeking a place to rest from the cold, would you complain to the manger, asking him to be kicked out of the store because of his stench?

No; I would inquire of local shelters, and then do what I could to get Him established in a job and a home: just like we literally did with one of our sons’ friends: harboring him for a while, then helping him get on his feet again, and just as we did with a daughter of a friend: renting her our old house at a bargain of a rate, which made us no profit.

If Jesus was seen lying overnight on a park bench, would you ask him to get off it so that you can sit down, and if he did not move, would you call the police?

If Jesus was seen being beaten up by police, before being escorted away in a squad car, would you say that the police did no wrong and that he deserved all that he got?

Another loaded question. Of course if it was Jesus, He couldn’t have done any wrong. If it was anyone, we would have to know all the facts: oftentimes what is described as police “beating” someone is simply a difficult arrest, with the person mightily resisting. Other times (but much more rarely) it is truly excessive use of force. But that has to be determined in a courtroom. Many times, police were acquitted, when the media narrative was shown to be fictitious. If a police officer abuses his or her power, I think they should lose their job, and if they break a law, they should go to jail and have the book thrown at them. If they kill someone without cause, they should go to jail for life (as I am against the death penalty).

If Jesus was seen in jail, pleading his innocence, would you tell him no one is innocent to justify his incarceration?

That would be stupid. This is why we have a rule of law. And the rule of law includes border laws and enforcement.

If Jesus was being executed before your eyes, either by firing squad, injection, or the electric chair, would you praise his executioners for removing him from the face of the earth, ridding it of a criminal who did not deserve to live?

No, if I knew it was Him, I wouldn’t be like those calling for His crucifixion, when Pilate asked for a show of hands. If I didn’t, I would oppose it since I oppose capital punishment. But one guilty of serious crimes has to be punished for the good of society and for justice’ sake.

I have given my answers to the best of my ability.

That is the question we should all ask ourselves.

Yes we should. But the questions should also not be loaded, logically circular, and presupposing many dubious premises.

If we demand migrants to speak English before they are welcomed, then we will never welcome Jesus, who didn’t speak English.

This has never been the case, There were millions of immigrants taken in through Ellis Island in New York City in the 1890s who didn’t speak English. It wasn’t required prior to entry. Nor is it now, that I’m aware of. But it’s simply common sense to encourage immigrants to America to learn English, for their own well-being: so they can get ahead in a society where that is the primary language. It’s compassionate to do so.

I have written many times about this issue of illegal immigration, and I always seek to be in conformity with the teachings of Holy Mother Church and the Holy Bible and Christian charity and compassion. There is not only one way to do that (the politically liberal or leftist way). The first two listed are my most succinct treatments of the issue (1000 words each): 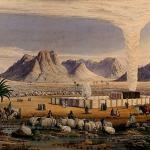 A Way to Schism and Crisis: the German...
The Catholic Church is headed towards schism in Germany. With the German...
view all Catholic blogs
What Are Your Thoughts?leave a comment
Copyright 2008-2021, Patheos. All rights reserved.
Close Ad