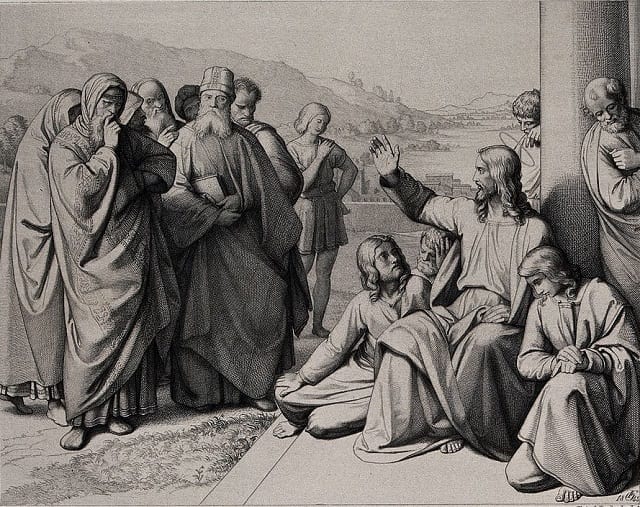 Consequently I write probably 8-10 times more material about radical Catholic reactionaries than about theological liberalism, even though I think both are equally dangerous and harmful and have web pages in which I refute the errors of both. I recently replied to a criticism along these very lines. Also, the reactionaries are obviously having more harmful effect at present: judging by the ever-growing irrational opposition to this pope (at least in certain circles).

Just a thought to consider. The biggest rejection of theological liberalism is to be theologically orthodox: which by all indications (despite all the irrational hysteria), Pope Francis is. Facebook friend Jeff Miller agreed:

It used to really annoy me how much time he spends on rigidity and hardly any time on laxity. With most Catholics not even going to Mass – it seemed off. Recently I realized that Jesus had more criticisms of the Pharisee than the Sadducees. So I think you have a valid point there as to who is more reachable generally.

Yes! I should have mentioned that, and it probably lies behind my own reasoning and practice, somewhere. I should also note that I deal with the liberal skeptical mindset all the time in refuting atheist butchery of the Bible. So I’m doing both, and can’t be nailed on this (if anyone had that thought!). Still, I’ve heard people complain many times to me that I don’t deal with liberals at all, which is nonsense.

Pope Francis “deals” with them, again, in asserting orthodox positions on things. That’s how we all resist theological liberalism: by clinging to (and defending, if we can) orthodoxy against all complaints and derision and condescension.

Like Jeff noted above, Jesus criticized the archconservative or “reactionary” / legalistic Pharisees far more than the “liberal” Sadducees. There had to be some reason for that; why could not this pope have some reason, too? I certainly have a reason for why I prioritize my own writing as I do, and I explained it.

The average nominally religious person is, I submit far more offended (and far more often offended) by the rigidly legalistic, judgmental reactionary Catholic than they are by a nominal / liberal Catholic, who is rather like them. So why couldn’t the pope have an eye and heart for outreach and a concern that the reactionaries are messing up that endeavor by their mistaken outlooks and unfortunate attitudes?

This is what Jesus honed right in on, too: seems to me. Most reactionaries I come across don’t care about evangelism at all. They’re too busy moaning and groaning about the Church every hour of the day; and what sort of moron would want to join the “Church” as they portray it, anyway? I certainly wouldn’t have back in 1990 if the only Catholics I met were people like that. Blessedly, I ran across a person who respected Vatican II and its approach to Protestants and my life was forever changed.

I’m not denying any liberal problems at all. I’m trying to interpret why Jesus spent so much more time with the rigid conservatives of His time. If He could do that, then why not Pope Francis, too (for roughly the same reason)?

What God decided to preserve in Holy Scripture for posterity was Jesus wrangling again and again with the rigidly legalistic, joyless faction of the Pharisees. Therefore, one could argue that this was God’s own emphasis, based on what He preserved in the inspired revelation of Scripture, and the pope may be following this very model (although perhaps not even consciously or deliberately).

When we get to St. Paul, he basically tells his readers to separate from those who deny some portion of “the faith” or “the truth” (i.e., heterodox dissidents). He doesn’t strive with them. He assumes that the content of the deposit of faith is almost self-evident.

But he engages in lengthy discussions on the question of the relationship of law and grace, which is more “orthodox” and would-be reactionary territory. So, for example, the Judaizers at the time of the Jerusalem Council were of this same sort of mind. Thus, the first Church Council was about a reactionary-type faction of early Christianity. I think St. Paul thought he was countering liberal unbelief primarily by forcefully contending for orthodoxy.

And that is what I am also trying to do, and why I think it may possibly also explain why Pope Francis criticizes reactionaries to the right far more than modernist dissidents to the left.

Unfortunately, Money Trees Do Not Exist: If you have been aided in any way by my work, or think it is valuable and worthwhile, please strongly consider financially supporting it (even $10 / month — a mere 33 cents a day — would be very helpful). I have been a full-time Catholic apologist since Dec. 2001, and have been writing Christian apologetics since 1981 (see my Resume). My work has been proven (by God’s grace alone) to be fruitful, in terms of changing lives (see the tangible evidences from unsolicited “testimonies”). I have to pay my bills like all of you: and have a (homeschooling) wife and three children still at home to provide for, and a mortgage to pay.
*
My book royalties from three bestsellers in the field (published in 2003-2007) have been decreasing, as has my overall income, making it increasingly difficult to make ends meet.  I provide over 2600 free articles here, for the purpose of your edification and education, and have written 50 books. It’ll literally be a struggle to survive financially until Dec. 2020, when both my wife and I will be receiving Social Security. If you cannot contribute, I ask for your prayers (and “likes” and links and shares). Thanks!
*
See my information on how to donate (including 100% tax-deductible donations). It’s very simple to contribute to my apostolate via PayPal, if a tax deduction is not needed (my “business name” there is called “Catholic Used Book Service,” from my old bookselling days 17 or so years ago, but send to my email: apologistdave@gmail.com). Another easy way to send and receive money (with a bank account or a mobile phone) is through Zelle. Again, just send to my e-mail address. May God abundantly bless you.
*
***
Photo credit: Christ curses the Pharisees. Etching by F. A. Ludy after J. F. Overbeck, 1843. This file comes from Wellcome Images, a website operated by Wellcome Trust, a global charitable foundation based in the United Kingdom. Refer to Wellcome blog post (archive). [Wikimedia Commons / Creative Commons Attribution 4.0 International license]
***
Previous Post 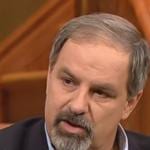 December 30, 2019
Backstory of "Christianity Today"'s Demonization of Trump
Next Post 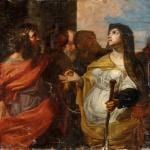 December 31, 2019 Why Did God Kill Onan? (Bible and Contraception)
Recent Comments
0 | Leave a Comment
Browse Our Archives
Follow Us!