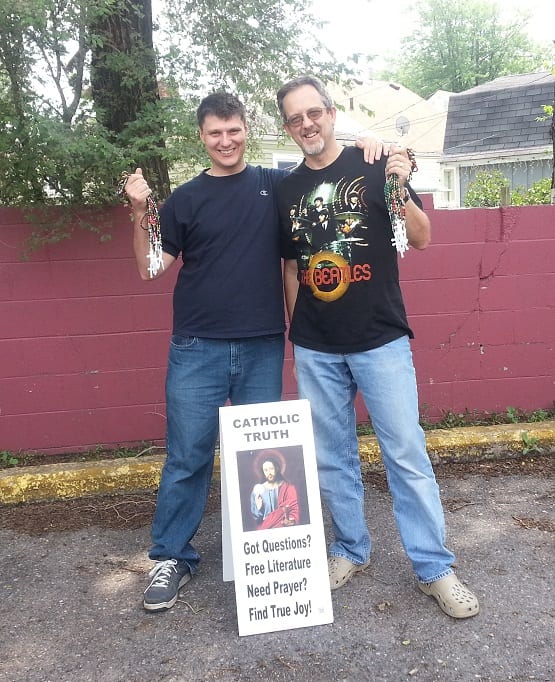 In one address (7-26-14), Pope Francis distinguishes apologetics and evangelization from proselytization:

Dialogue is so important, but to dialogue two things are necessary: one’s identity as a starting point and empathy toward others. If I am not sure of my identity and I go to speak, I end up bartering my faith. You cannot dialogue without starting from your own identity, and empathy, which is a priori not condemning. Every man, every woman has something of their own to give us; every man, every woman has their own story, their own situation and we have to listen to it. Then the prudence of the Holy Spirit will tell us how to respond. Start from your own identity in order to dialogue, but a dialogue is not doing apologetics, although sometimes you must do so, when we are asked questions that require an explanation. Dialogue is a human thing. It is hearts and souls that dialogue, and this is so important! Do not be afraid to dialogue with anyone. It was said of a saint, joking somewhat — I do not remember, I think it was St Philip Neri, but I’m not sure — that he was able to dialogue even with the devil. Why? Because he had that freedom to listen to all people, but starting from his own identity. He was so sure, but being sure of one’s identity does not mean proselytizing. Proselytism is a trap, which even Jesus condemns a little, en passant, when he speaks to the Pharisees and the Sadducees: “You who go around the world to find a proselyte and then you remember that…”. [blue emphases and bolding added]

For those who ridiculously contend that Pope Francis denounces evangelism, because he decries proselytism (as anyone should), here is the contrary evidence [just from the years 2013-2014] (search “evangel” in each post):

Building bridges to proclaim the Gospel, “this was the Paul’s outlook in Athens: build a bridge to their hearts, and then take a step further and proclaim Jesus Christ”. Paul followed the attitude of Jesus, who spoke to everyone, “he heard the Samaritan woman… ate with the Pharisees, with sinners, with publicans, with doctors of the law. Jesus listened to everyone and when he said a word of condemnation, it was at the end, when there was nothing left to do”. But Paul, too, was “aware that he must evangelize, not proselytize”. The Church “does not grow by proselytizing, as Benedict XVI has told us, but grows by attracting people, by its witness, and by its preaching”.

It’s all there, right here: ecumenism, with a simultaneous evangelization, which is not proselytizing. It’s absolutely false to pretend that in condemning the latter, the pope is also condemning the former.
*
7) Morning Meditation (4-17-13)
8) Morning Meditation (4-27-13)
These examples are quite sufficient. Many further ones can be found in simple searches at the “The Holy See” website.
Related Reading:

When Pope Francis rips ‘proselytism,’ who’s he talking about? He really may not be talking about, or to, Catholics at all (John L. Allen, Jr., Crux, 1-27-15)

Francis: Evangelize by Example, not Pushing Your Faith on Others (Fr. Matthew P. Schneider, Through Catholic Lenses, 12-23-19)

Unfortunately, Money Trees Do Not Exist: If you have been aided in any way by my work, or think it is valuable and worthwhile, please strongly consider financially supporting it (even $10 / month — a mere 33 cents a day — would be very helpful). I have been a full-time Catholic apologist since Dec. 2001, and have been writing Christian apologetics since 1981 (see my Resume). My work has been proven (by God’s grace alone) to be fruitful, in terms of changing lives (see the tangible evidences from unsolicited “testimonies”). I have to pay my bills like all of you: and have a (homeschooling) wife and three children still at home to provide for, and a mortgage to pay.
*
My book royalties from three bestsellers in the field (published in 2003-2007) have been decreasing, as has my overall income, making it increasingly difficult to make ends meet.  I provide over 2600 free articles here, for the purpose of your edification and education, and have written 50 books. It’ll literally be a struggle to survive financially until Dec. 2020, when both my wife and I will be receiving Social Security. If you cannot contribute, I ask for your prayers (and “likes” and links and shares). Thanks!
*
See my information on how to donate (including 100% tax-deductible donations). It’s very simple to contribute to my apostolate via PayPal, if a tax deduction is not needed (my “business name” there is called “Catholic Used Book Service,” from my old bookselling days 17 or so years ago, but send to my email: apologistdave@gmail.com). Another easy way to send and receive money (with a bank account or a mobile phone) is through Zelle. Again, just send to my e-mail address. May God abundantly bless you.
*
***
*
(originally posted on 10-17-16, on Facebook)
*
Photo credit: Dave Armstrong with Steve Dawson: founder of St. Paul Street Evangelization (July 2013). I edited many of the tracts that they pass out.
*
***
Previous Post 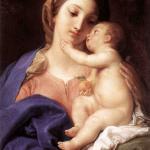 January 1, 2020
Mary the Mother of God: Idolatry or Plainly Biblical?
Next Post 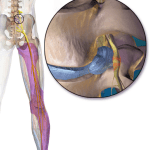