Mary the Mother of God: Idolatry or Plainly Biblical? 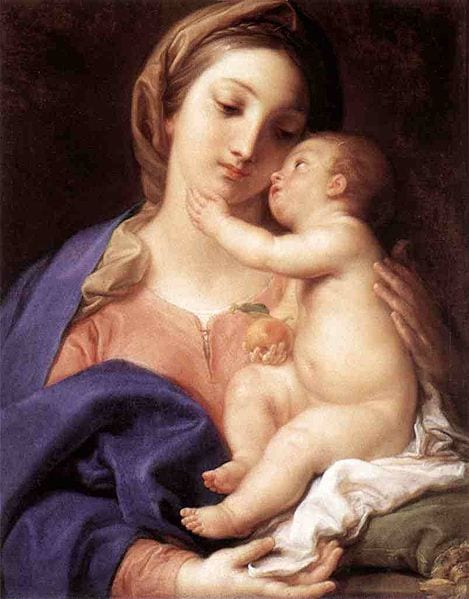 A few years back I ran across a woman online who used to be a Baptist and had become a Catholic. She expressed perfectly how the term “Mother of God” is so vastly misunderstood by a good portion of Protestants, in describing how she used to think:

I felt that I was saying that a human being born at a certain time in history (a creature) had “created,” had given life to, God Himself, Who had not previously existed.

Such an outrageous, blasphemous thing was, of course, never the intent of the phrase or title (which goes back to the early Church fathers) in the first place. Given these rather extraordinary misperceptions, it’s always good to clarify: “Mary is the mother of God the Son.” No Christian can argue with that.

This resolves the problem altogether. The original Greek term Theotokos (literally, “God-bearer”) isn’t in Scripture, but it doesn’t have to be, since Scripture teaches that:

Another, less direct, but equally effective way of arguing the point is noting Elizabeth’s exclamation to the Blessed Virgin Mary: “And why is this granted me, that the mother of my Lord should come to me?” (Luke 1:43, RSV). The Greek word for “Lord” here (as usually in the New Testament) is Kurios. It’s widely applied both to God the Father and to Jesus, since they are both “Lord” and God” and equal as the Father and Son in the Holy Trinity. In fact, in a single passage, both the Father and the Son are called “Lord” (Kurios):

Romans 10:13 cites Joel 2:32: “And it shall come to pass that all who call upon the name of the LORD shall be delivered; . . .” Thus, the New Testament applies Old Testament passages about God directly to Jesus, since He is God, and He and His Father are one (Jn 10:30).

Therefore, in calling Mary “mother of my Lord,” Elizabeth is at the same time calling her the “mother of God.” It takes a little digging into Scripture to discover that, but it’s plain and definite biblical teaching: part of the massive biblical evidence of the divinity or deity of Jesus Christ.

John Calvin, the most influential early Protestant leader after Martin Luther, wrote about this passage:

She [Elizabeth] calls Mary the mother of her Lord This denotes a unity of person in the two natures of Christ; as if she had said, that he who was begotten a mortal man in the womb of Mary is, at the same time, the eternal God. (Harmony of the Synoptic Gospels, comment under Luke 1:43)

Martin Luther also made many affirming statements about Theotokos. Here are two of the most striking ones:

We, too, know very well that Christ did not derive his deity from Mary; but it does not follow that it must, therefore, be false to say, “God was born of Mary” and “God is Mary’s Son” and “Mary is God’s mother.”

Mary is the true, natural mother of the child called Jesus Christ, and the true mother and bearer of God . . . Mary suckled God, rocked God, made broth and soup for God. For God and man are one Person, one Christ, one Son, one Jesus, not two persons . . . just as your son is not two sons . . . even though he has two natures, body and soul, — body from you, soul from God alone. (On the Councils and the Church, 1539)

*
Mary Mother of God: Dialogue w Evangelical Protestant [1-21-02]
*
Mary “Mother of God”: Greater than God the Father? [8-31-06]
*
Mary Mother of God: Protestant Founders Agree (Luther, Zwingli, Calvin, Bullinger, and Lutheranism) [10-10-08]
*
“Mother of God”: Quick, Effective Biblical Proof [12-11-08]
*
John Calvin’s Objection to the Term, “Mother of God” [5-9-13]
*
Mary, “Spouse of the Holy Spirit”: Blasphemy? [9-10-15]
*
Martin Luther vs. Nestorius Regarding “Mother of God” [3-28-18]
*
How to Correct Some Misunderstandings About Mary (“Mother of God”) [National Catholic Register, 2-20-19]
*
***
Unfortunately, Money Trees Do Not Exist: If you have been aided in any way by my work, or think it is valuable and worthwhile, please strongly consider financially supporting it (even $10 / month — a mere 33 cents a day — would be very helpful). I have been a full-time Catholic apologist since Dec. 2001, and have been writing Christian apologetics since 1981 (see my Resume). My work has been proven (by God’s grace alone) to be fruitful, in terms of changing lives (see the tangible evidences from unsolicited “testimonies”). I have to pay my bills like all of you: and have a (homeschooling) wife and three children still at home to provide for, and a mortgage to pay.
*
My book royalties from three bestsellers in the field (published in 2003-2007) have been decreasing, as has my overall income, making it increasingly difficult to make ends meet.  I provide over 2600 free articles here, for the purpose of your edification and education, and have written 50 books. It’ll literally be a struggle to survive financially until Dec. 2020, when both my wife and I will be receiving Social Security. If you cannot contribute, I ask for your prayers (and “likes” and links and shares). Thanks!
*
See my information on how to donate (including 100% tax-deductible donations). It’s very simple to contribute to my apostolate via PayPal, if a tax deduction is not needed (my “business name” there is called “Catholic Used Book Service,” from my old bookselling days 17 or so years ago, but send to my email: apologistdave@gmail.com). Another easy way to send and receive money (with a bank account or a mobile phone) is through Zelle. Again, just send to my e-mail address. May God abundantly bless you.
*
*** 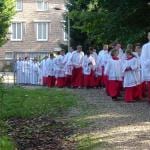 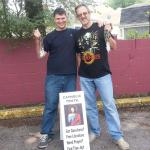 January 1, 2020 Pope Francis Condemns Evangelism? Absolutely Not!
Recent Comments
0 | Leave a Comment
Browse Our Archives
get the latest from
Biblical Evidence for Catholicism
Sign up for our newsletter
POPULAR AT PATHEOS Catholic
1