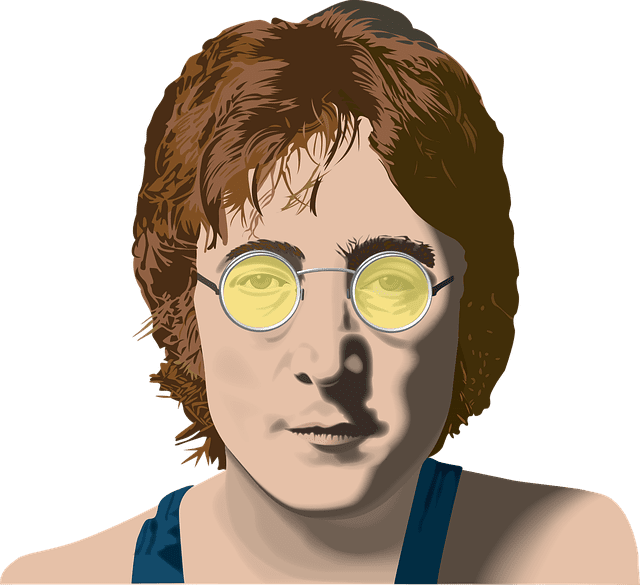 This is a response to “Top 10 Unpleasant Facts About John Lennon” (Edward Benjamin, ListVerse, 5-12-12).

Not to overlook any real sin here (and there is clearly sin), but as an avid amateur Beatles historian meself, here are a few thoughts, and (I think) a bit of balance:

10. First wife Cynthia (I read her book) said that Lennon struck her once in anger, promised to never do it again, and was true to his word. Whether that means he is a “wife-beater” I don’t know, but it sounds like real repentance. I never heard that he struck Yoko before, so can’t comment on that. Ringo has admitted to serious wife-beating back in his drunken days.
*
9. True; at least he seemed to have done much better with his second son, so this shows some significant growth in parental responsibility. I’ve heard that the relationship with Julian was improving quite a bit at the time of his murder, and there is reason to think that the positive trajectory would have likely continued. Moreover, I don’t think anyone can comprehend the pressure put on him by Beatlemania in 1964-1966, while Julian was an infant. It’s pretty tough to be a good father while touring feverishly around the world. His own family background was brutal: abandoned by his father: given to his aunt by his mother (whom he barely knew till he was 15; then she was killed by being hit by a car shortly afterwards), the early death of his uncle who was a father-figure. This doesn’t excuse anything he did wrong, but it is a good predictor that someone won’t be a perfect father, with that sort of background with his own father.
*
8. Some of these seem to be stretching it quite a bit in the rush to put him in the worst possible light. And there are more interesting things that could have been mentioned: such as his claiming to be Jesus to the other Beatles in 1969.
*
7. Half-true, and I agree that he was much more responsible than the other three, but most Beatles historians place the cause in the death of manager Brian Epstein in 1967 and the resulting business hassles that took the fun out of it. George and Ringo both left temporarily before John announced his eventual impending departure. George was highly resentful of John and Paul for hogging most of the songs and not including him in their songwriting efforts, and at Paul for trying to dominate recording sessions. I think it’s as naive to primarily blame one person for a break-up of a band, as it is to believe that only one person broke up a marriage (in many cases). Takes two. Takes four.

6. Lennon was used by opportunists like Jerry Rubin. He was mostly naive and idealistic to a fault, politically. But he did exhibit some true insight on many things. For example, I posted a video where John and Yoko decried the notion of overpopulation and said that it was a myth. How many big stars would have done that?

5. Asinine and petty (“remarkably under-talented”?). One has to be pretty ignorant of pop and rock music (and music, generally) to make such a ridiculous claim. Most biographers and fellow musicians attribute the singular greatness of the Beatles to the symbiotic, complementary and competitive musical relationship of Paul and John: both musical geniuses in very different ways. Take either away and there would have been no Beatles as we know the group: not even close.

The reason why John was less active in later Beatles efforts was heroin and other drugs. So he can be blamed for that, but this has no relation to his abilities as a songwriter (having only to do with how drugs adversely affected it; even that is not always the case by a long shot, as Brian Wilson’s example abundantly indicates). It’s not like the other Beatles never did drugs (though I don’t think the others did heroin). Ringo became an alcoholic; all took acid, etc. Rubber Soul was a pothead album and Revolver and Sgt. Pepper were LSD albums.

The Beatles was very much a collective effort (including George Martin’s fabulous production). I think its particularly absurd for anyone who loves Beatles music (my favorite all-time group since 1964), to act as if John Lennon didn’t play a key role in that, and to try to make out that he had no talent. That just ain’t reality there . . .

*
4. This is almost as silly as #5. All musicians have serious musical influences. Why should John Lennon have been different? And why in the world would this be on a list of “unpleasant” facts?
*
3. This is largely true of both the rock and artistic cultures and even avant-garde bohemianism (where everyone conforms to the nonconformist fads of the moment), and also (I would say) of our culture at large. Again, why single out Lennon for this? It flows from personal insecurity and desire to be liked and part of the crowd: hardly unique to John Lennon to such an extent that it should be used to trash him.
*
2. Really? As if this is not true of virtually all big-time musicians, or those who are ambitious in any field? So once again it is silly to single him out for a general failing or characteristic of those in his class. The list is becoming quite absurd and over-the-top by now . . .
*
1. True in some indisputable ways, but it’s also a general failing of 60s pop music icons and the counter-culture movement in general: so much so that Neil Young in his 1990 song, “The Days That Used to Be” commented on the massive hypocrisy.
*
I think the most curious thing about the article is that it leaves out perhaps the most indefensible Lennon behavior of all: his adultery (leaving his wife Cynthia) and extensive womanizing before and during both his marriages.
*
Thus, the article doesn’t seem to be written from a Christian perspective, as to what is right and wrong, and relative degrees of sin. Typically of the secular mentality, sexual promiscuity and divorce are fine and dandy: not even worth a mention in a catalogue of real and alleged “unpleasant facts” about a celebrity.
*
***
*
Additional comments in the original Facebook thread:
*
Replying to someone on another page, who wrote: “John had little to do with the Beatles’ last couple of albums, when they were blazing new trails musically.”
*
That holds true mainly for Let it Be and Abbey Road (in the latter, George had the two best songs and surpassed even Paul, in my opinion), because of drugs and increasing apathy, but not for Sgt. Pepper (arguably their masterpiece), where John fully participated, with enthusiasm, and Magical Mystery Tour (with his magnificent I Am the Walrus and Strawberry Fields and All You Need is Love), and The White Album. In the latter, I would say his songs were every bit the match of Paul’s. But it was like a collection of four solo albums.
*
***
*
“The word genius should not be used when discussing a pop star. Reserve that for Mozart and all the great classical musicians.”
*
That’s not what many many serious musicologists think. The songwriting genius of The Beatles has often been compared to Franz Schubert. Why can’t it be “both/and”? Why must we get legalistic? Personally, I am a huge classical fan (played classical piano as a child, and later, trombone in an orchestra) and rock music fan.
*
***
*
“How does one reconcile the undeniable occult trappings which are pervasive in the messages of the Beatles?”
*
I think it’s nonsense. Only George was particularly religious, and he was a Hindu. This strikes me as along the lines of the ridiculous “Paul is dead” supposed “clues” in their music . . .
*
***
*
“In his song Imagine he states “Imagine there’s no heaven”; What a terrible thing to say.”
*
I totally agree. I’ve often thought when I hear that song, that this is perhaps one of the most terrifying things imaginable to enter one’s mind. Yet here he is thinking that “no heaven” is some pleasant and desirable thought. I think it’s a variation on the old “pie in the sky” canard: that if we desire and long for heaven, somehow we are useless on the earth. That may be true for a few fanatics, but it’s mostly a Big Lie used to knock down Christianity.
*
***
*
Imagine there’s no Beatles
It’s very hard to do
Only rap and hip hop
And twerking Miley Cyrus too
Imagine all the young people
List’ning to a melody (!) . . .
You may say I’m old-fashioned
But I’m not the only one . . .
*
***
*
He sat on his butt and did no music for five years (1975-1980), but that is almost the norm today. I’ve been waiting four years for new U2 . . . The Beatles used to do two albums a year. Those were the days. At that rate of music-making, there would have been 6-8 new U2 albums since their last, and some 66 albums since they began!!! This is part of The Beatles’ genius: the fact that they put out so much music (and great music) in their short lifespan of 1962-1969, and it still is among the best of any rock or pop music ever.
*
***
*
Related Reading:
*
Review of US Version Beatles Albums: 1964 (lots of interesting comparisons of US and UK tracks) [12-1-04]
*
Amazon Review of the 2009 Beatles Stereo and Mono Box Sets [9-13-09]
*
Beatles, Motown, Beach Boys, Etc.: Classic Rock Discographies, Commentary, and Mono vs. Stereo Analysis [my only secular book: 5-12-12]
*
“Beatles Heaven” Again (New “1” Album) (see Amazon review) [11-9-15]
*
Amazon Review of Sgt. Pepper (50th Anniversary Edition) (See also my own posting at Patheos) [5-26-17]
*
Review of The White Album (Beatles): 50th Anniversary Remix (see the review on Amazon) [11-14-18]
*
***
*
(originally posted on 12-28-13 on Facebook)
*
Photo credit: DECARPENTRIE (12-12-19) [Pixabay / Pixabay license]
*
*** 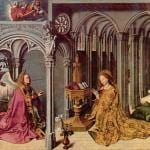 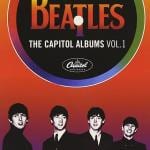 November 14, 2020 Review of US Version Beatles Albums: 1964
Recent Comments
0 | Leave a Comment
Browse Our Archives
get the latest from
Biblical Evidence for Catholicism
Sign up for our newsletter
POPULAR AT PATHEOS Catholic
1