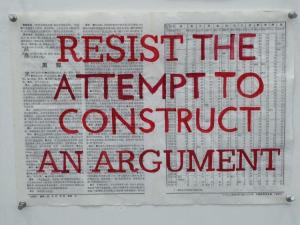 Atheist and anti-theist Bob Seidensticker runs the influential Cross Examined blog. He asked me there, on 8-11-18: “I’ve got 1000+ posts here attacking your worldview. You just going to let that stand? Or could you present a helpful new perspective that I’ve ignored on one or two of those posts?” He added in June 2017 in a combox: “If I’ve misunderstood the Christian position or Christian arguments, point that out. Show me where I’ve mischaracterized them.”

For over three years, we have had (shall we say) rather difficult relations, with mutual bannings (while I have replied to his posts 79 times: all as of yet unanswered), but when Bob moved to his new location online at the OnlySky super-site, he (surprisingly to me) decided to allow me to comment. As a conciliatory gesture in return, I removed his ban on my blog.  He even stated on 1-21-22 in the same combox thread, replying to me: “There are a few new posts here. (Or, if you haven’t been to my blog for a while, lots of new posts here.) Have at ’em. Let me know what you think.”

Delighted to oblige his wishes . . . Bob’s words will be in blue. To find these posts, follow this link: “Seidensticker Folly #” or see all of them linked under his own section on my Atheism page.

The following “exchanges” (shall we call them?) took place in the combox of Bob’s article, “Christians weaponizing scholars’ quotes: Jastrow, Darwin, and Dawkins” (2-9-22). This is what passes in Bob’s mind as “discussion” or “conversation.” It’s mockery and condescending dismissal all the way.

“ORAXX”: No discovery of science has ever pointed to the truth of ANY religious doctrine.

No discovery of science has ever proven that atheism is the true state of affairs.

True. And irrelevant. Someone is confused about who has the burden of proof. When you’ve proven that God exists, let us know.

No proof is ever sufficient to overcome a will that refuses to believe. It’s quite sufficient for us.

That you keep using “proof” is hilarious. And tragic. I’m sure it’s all been explained to you, so I won’t waste my time.

Kidding! All you know how to do is double down.

I was referring to epistemology. Science neither proves nor disproves God. But it is the atheist’s religion, so they often absurdly act as if the study of matter rules out an immaterial Being.

I defend Christianity and the Bible against your attacks (78 times as of this writing). I give both sides and let readers decide which case is more plausible. You ignore all my critiques (which you have actually challenged me to do). Which approach do you think suggests more intellectual confidence in one’s own belief?

“atheist’s religion”? Fascinating. You’ll have to share with us how religion without belief in the supernatural works.

Greg M. Epstein states that, ‘modern, organized Humanism began, in the minds of its founders, as nothing more nor less than a religion without a God’. (Wikipedia, “Secular Humanism”)

Some Buddhists would say that Buddhism can be construed and/or practiced without supernatural elements.

Humanism starts with an H, and atheism with an A. That’s how I keep them apart in my mind.

Non sequitur. I was responding to your statement: “You’ll have to share with us how religion without belief in the supernatural works.” My counter-examples were humanism and some forms of Buddhism, as construed by the followers of same.

Not the point. Every involved conversation with you turns out to be a waste of time. I’ve had WLC [William Lane Craig], Koukl, Jim Wallace, and probably others respond to my articles, and I’ve usually responded.

[He has an] unhealthy relationship with facts and evidence.

dark and tangled recesses of the thinking

Craig once again vomits onto thoughtful discourse. He ignores the problem, assumes that he is right, and then shapes the facts to fit.

Yes, he really said that. It’d be a pain to have to, y’know, do all that research and stuff. I mean, who’s got the time? Using reason would be inconvenient, so let’s not.

Craig tells us that relying on reason would be inconvenient, so let’s not.

So much for apologetics to raise the intellectual content of the conversation.

You’re the only one I ignore.

It must be a new definition of “ignore” that I am unaware of, seeing that eight of your last nine comments [i.e., on his OnlySky blog, as can be verified by clicking on his name in the combox] were replies to me. What is this: doublethink?

In the last fifteen days on this (or any OnlySky) blog, as anyone can see, looking at your profile on OnlySky, you have made nine comments. Eight of those were responding to me. So in fifteen days, you have responded exactly once to someone other than me.

But now you are saying that you completely ignore me. Right. I do agree that you never make a sustained rational, thoughtful, non-mocking response . . .

Good point. I’ll try to ignore you better in the future.

If the above is the level of your “argumentation”, please do!

Summary: Bob Seidensticker again provides a textbook / playbook demonstration of the mentality & folly of anti-theist polemicists, in a ridiculous non-“conversation” with me. 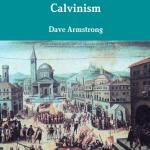 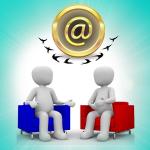