Original Title: James White’s Critique of My Book, The Catholic Verses: Part I: The Binding Authority of Tradition 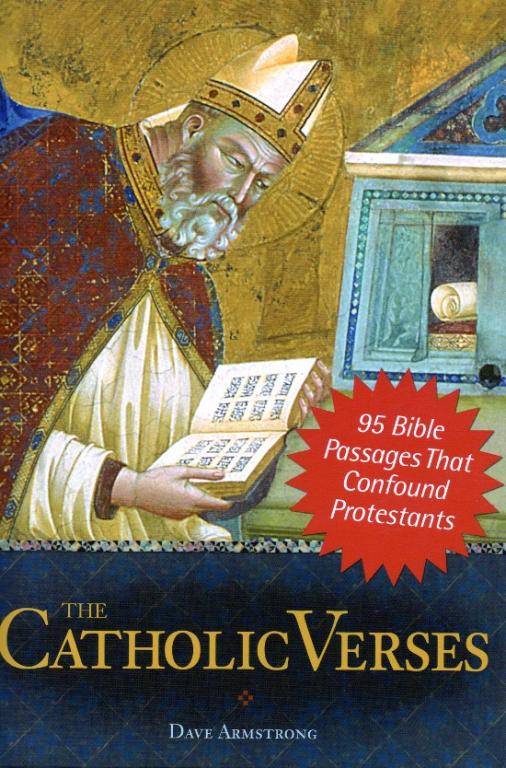 [White’s URL] I reproduce his entire argument (in blue):

The Catholic Verses: 95 Reduced to 91

Dave Armstrong lists four verses that “confound Protestants” under the subtitle of “The Binding Authority of Tradition, According to St. Paul,” beginning on page 37 of The Catholic Verses. They are:

1 Corinthians 11:2 Now I praise you because you remember me in everything and hold firmly to the traditions, just as I delivered them to you.

1 Thessalonians 2:13 For this reason we also constantly thank God that when you received the word of God which you heard from us, you accepted it not as the word of men, but for what it really is, the word of God, which also performs its work in you who believe.

2 Thessalonians 2:15 So then, brethren, stand firm and hold to the traditions which you were taught, whether by word of mouth or by letter from us.

2 Thessalonians 3:6 Now we command you, brethren, in the name of our Lord Jesus Christ, that you keep away from every brother who leads an unruly life and not according to the tradition which you received from us.

There is a tremendous amount of literature on the subject of “tradition” in the New Testament, and a very large portion of it would challenge the rather simplistic assumptions Mr. Armstrong presents in his discussion.

Summary statements are not arguments, nor are derogatory remarks about arguments (especially when the latter are not even adequately presented or cited).

He writes, “Catholics believe that there is such a thing as a binding, authoritative Sacred Tradition and that it is explicitly indicated in the Bible (notably in the above passages).” So, we here have Armstrong wedding himself to these passages as “explicitly” presenting Rome’s full-blown (capital “S” capital “T”) Sacred Tradition.

That’s not my argument. Biblical tradition is not absolutely identical to “Rome’s” defined Tridentine Tradition of 1500 years later, just as Chalcedonian trinitarianism is more complex than biblical trinitarianism of only 400 years earlier. Both are entirely consistent with the less-developed biblical theology.

But given the hesitation of many a Roman Catholic scholar, it is quite possible Mr. Armstrong has over-reached himself just a bit.

Correctly understood, not at all.

The mere presence of the term “tradition” is hardly sufficient to establish the position enunciated by Armstrong.

White clearly doesn’t know what my position is. That’s rule #1 for any good refutation.

How a Protestant is “confounded” by these passages is difficult to determine, at least, if meaningful exegesis of the text is the standard.

Binding tradition not identical to Scripture is logically contrary to sola Scriptura, the Protestant rule of faith.

And the first thing to note about Armstrong’s work at this point should have a rather familiar ring to it if you have been following the Dave Hunt series: there is no meaningful exegesis offered to substantiate these grand claims by Armstrong. Examine pp. 38-40 for yourself, and you will find no discussion of grammar, lexicography, syntax, or anything else relevant to meaningful exegesis.

I make no pretense of being a professional Bible scholar. My book is strictly popular apologetics. But even an amateur exegete like me can (like Balaam’s ass) point out lousy, irrelevant “arguments” from “professional” exegetes like John Calvin (a primary purpose of the book). All I contended for here was the existence of binding tradition in Scripture (and the incoherence of Protestant alternatives). White hasn’t disproven this at all.

Instead, Armstrong depends upon secondary sources, and even then, the conclusions offered by secondary sources. He quotes Thomas More, but then focuses upon John Calvin, evidently seeking, it seems to me, to prejudice the reader through the use of quotations using language that was common in the day but is considered harsh and even non-Christian today.

I cited Calvin’s remarks in his Commentaries (presumably an “exegetical” work) for 1 Corinthians 11:2 and 2 Thessalonians 2:15. If he provided no cogent analysis, but only “harsh” language, that is his (and White’s) problem, not mine.

Indeed, one can judge the character of the discussion by noting these telling words: “Be that as it may, it is scarcely possible to discuss that issue constructively, because (in my opinion) Protestants are so afraid that any serious discussion of Tradition will cast doubt on sola Scriptura and lead to undesired ‘Catholic’ consequences.” I’m sorry, but such rhetoric detracts from the work, at least for any serious minded reader.

I simply gave my opinion from much firsthand experience, as an accompanying thought distinct from the argument itself.

Armstrong moves into a dialogue after this that again offers nothing in reference to exegesis of the texts themselves, and in fact has only a marginal connection to the issue of the meaning of “tradition” in the Pauline corpus. How one leaps from para,dosij in Paul to Sacred Tradition as defined by modern Rome is left unanswered.

How White moves from making no argument and not interacting with mine, to his triumphant conclusion is a mystery to me too. Note his fallacy in the last sentence: I never argued that the biblical para,dosij was the same as fully-developed Catholic Tradition. This is what is known as a “straw man” in logic.

Now what was particularly odd, I thought, is the fact that immediately after this section Armstrong goes into his Matthew 23 discussion (pp. 43-53, arguably his most strenuous effort at what comes closest to what can be identified as textually-based exegesis),

Why is that “odd”? The next section was about “oral and extrabiblical tradition.”

which he had sent to me prior to the publication of the book.

. . . which Bishop White (as usual) never replied to. Instead, he offered personal insults and then silence.

He cites my comments from The Roman Catholic Controversy in this section rather extensively. So, I wondered if he would attempt to respond to the exegesis of 2 Thessalonians 2:15 that I offered in the same work. I would expect that at least the substance of that section would have to be refuted for Armstrong to feel he had at all proven his case.

Why does White in particular have to be refuted to prove my case? The book was mostly about historic Protestant exegesis. Most folks would think Calvin is a bit more important and influential historically than White, so I dealt with him. White dealt in depth with the issue of “Moses’ Seat,” so I cited him thusly, in that section.

But no effort at all is put forth to respond to the exegesis of the passage provided in TRCC. The fact that this is a present command, that the tradition referred to had already been delivered, in fulness, to the entirety of the church at Thessalonica, is not noted.

If I ever read one of White’s books and get in the mood to refute it some day, then I will do exactly that. As it is, this is supposedly a critique of my book, and one doesn’t do that simply by complaining that one’s own book (one of many) was not refuted in some particular! Nice try at topic evasion, though . . . maybe next time we’ll be blessed with White’s reply regarding Moses’ Seat (which argument I did thoroughly refute in my book).

(This observation would require the RC apologist to trace the content of his alleged oral tradition back to Thessalonica, and, as they well know, that cannot be done for the major elements of that alleged tradition as Rome has defined it).

As my argument does not at all require such a thing, this is a non sequitur.

The immediate context of the passage and its relevance directly to the gospel (and hence to the content of the “tradition” delivered by Paul) is likewise ignored. In essence, nothing presented in regards to the meaning of 2 Thess. 2:15 in context is addressed by Armstrong. It is hard to believe Armstrong has read the comments on pp. 99-101 of TRCC but he hasn’t read pp. 95-98.

I don’t read White’s books, so why is this surprising? If the man can’t do a simple written dialogue properly, why waste my time? I dealt with Calvin’s “exegesis,” and White has totally ignored that, so he is simply not critiquing my book thus far.

Now, if the standard of being “confounded” involves presenting a compelling, exegetically sound, contextually derived interpretation of a passage resulting in a clear vindication of the Roman Catholic reading . . .

The book was not primarily exegetical; rather, it was designed to show the shortcomings and inadequacies of Protestant commentary when it comes to these passages. One can point out holes in an opposing position without (technically) engaging in the same thing (exegesis proper). If, for example, someone made a simple logical error in an extremely complicated theory in physics that I knew nothing whatsoever about, it would still be rational and acceptable for me to point it out. I made all this very clear in my Introduction, which can be read online [it’s part of the book info-page]. Once White figures out my goal and purpose in the book, perhaps his critiques will have some relevance and not descend into straw men and non sequiturs. As it is, he hasn’t made a single extended argument against any particular argument of mine in this section.

(though, how Dave Armstrong, a private Catholic, could actually know the “official” Roman understanding of a passage without engaging in “private interpretation” is difficult to say anyway),

Off the subject . . . nor is this required of Catholics, anyway.

then we need to re-work the sub-title to “91 Bible Passages that Confound Protestants.”

. . . and White’s “response”: “Four Straw Men That Purport to be Rational Replies.”

Next we will look at Armstrong’s handling of the passages he presents regarding Penance.

Total words: White: 937
Total words: Armstrong (new replies; not counting citations from White’s article): 723 (or 77%as many as White’s)

Note White’s statement yesterday: “Now, of course, DA will respond with text files (liberally salted with URL’s) that will average 10x the word count of anything I have to say. That’s OK. I shall . . . let him take home the bragging rights to verbosity and bandwidth usage.” And one of his admirers stated on my blog, regarding White: “He doesn’t just say ‘read my books’, rather he does his best to actually answer questions.” We see above that he practically did just that: he turned a supposed critique of my book into a gripe about how I didn’t deal with his. And he did his best to ignore all actual arguments of mine. He merely dismissed them as “simplistic” and deficient for “any serious minded reader.” 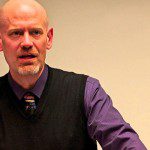 March 7, 2017
Total Depravity ("None is Righteous"): Reply to James White
Next Post 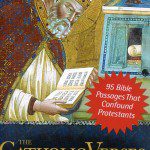 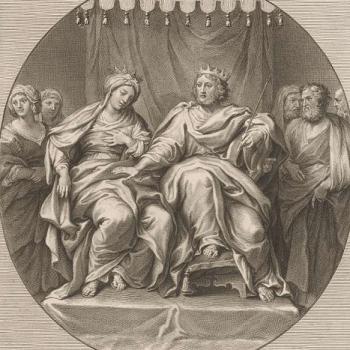 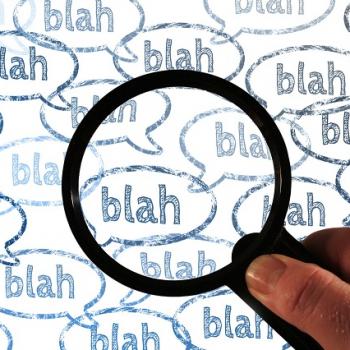