Reply to a Calvinist on Faith Alone & Works [of God Only?] 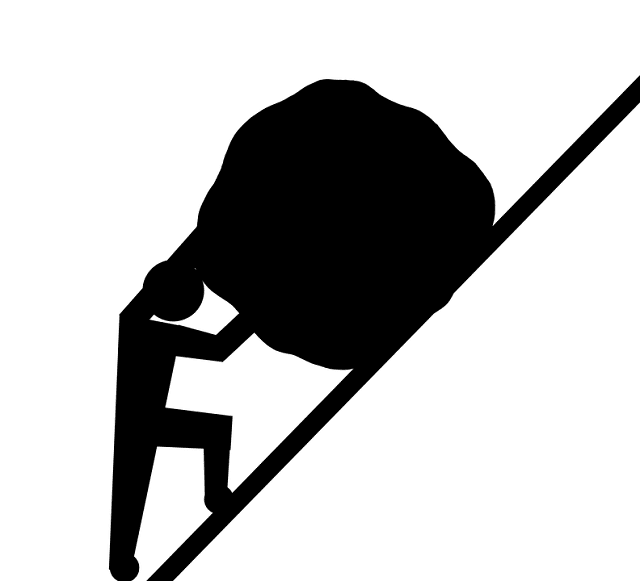 Erik is a thoughtful, amiable Calvinist who claims he has never had a constructive theological discussion with a Catholic. Hopefully, this will be his first time. I enjoyed it on my end! He commented under my blog paper, “Reply to Calvin” #3: Synergism, Grace Alone, & the Elect. His words will be in blue.

I believe you are correct that Calvinism and Catholicism (especially Thomism) have a virtual overlap in terms of soteriology. Officially, that is. And I believe that is why the Catholic participants in ECT could so easily use the terminology of Sola Fide. From a Protestant prospective, Sola Fide is there as a hedge around Sola Gratia. From our perspective, it is nonsensical to speak of the two separately. Deny one, you deny the other. Again, from our perspective, Sola Fide has utterly no logical connection with Antinomianism. (From a common Catholic perspective, on the other hand, they are synonymous.)

The educated Catholic or apologist knows that sola fide is not antinomianism. I have several papers along those lines:

Martin Luther: Strong Elements in His Thinking of Theosis & Sanctification Linked to Justification

To my mind, our unanimity on justification depends on what any given Catholic means by “Spirit-wrought works of love.” Are these works Spirit-assisted or Spirit-ACCOMPLISHED? Are both our cooperation AND the cooperative grace which assists it graciously accomplished (from start to finish) by the self-same Spirit? After all, as St. Paul observed: “I laboured more abundantly than they all: yet not I, but the grace of God which was with me” (1 Cor. 15:10).

David Anders gives the illustration of a man rolling a wheel barrow up a hill. His young son puts out his hand to help “push” it up the incline. But, of course, he adds not one iota to the task’s accomplishment. This is the proper recipe. Cooperation without justificatory merit. Sola Gratia.

My impression, however, is that very few Catholics believe in Sola Gratia without de-sola-izing it. Why else would they cringe at the phrase “by grace alone THROUGH FAITH ALONE on account of Christ alone for the glory of God alone”? Makes no sense to me. They adamantly affirm that justification is by faith AND works.

Well, the difference is that we think in terms of “both/and” and not “either/or.” So with the faith and works issue, we say that we do a thing, and God also does it. This is biblical and Hebrew paradox, which is very common.

The Calvinist doesn’t seem to be able to comprehend that God and a person can do the same thing, and both take credit (God, of course, far more). This is how we interpret 1 Corinthians 15:10 above (thanks for citing that). Paul is not saying that he did nothing whatsoever. He says, “I laboured more abundantly than they all.”

That’s real labor and work. Yes, God gives the grace. He enables absolutely every good thing we do by His grace (that’s Catholic teaching, right from Trent). It doesn’t follow, however, that we don’t cooperate.

Even your little boy pushing the wheel barrow up the hill is not doing nothing. He is actually helping, just as everyone in a tug-of-war is helping, while the stronger ones do much more work proportionately.

In that sense, we deny sola fide / faith alone.

There is plenty in Scripture about all of these things:

Exposition on the Scriptural Relationship Between Grace, Faith, Works, and Judgment

Bible on the Nature of Saving Faith (Including Assent, Trust, Hope, Works, Obedience, and Sanctification)

Paul vs. Calvin: “Doers of the Law” Will be Justified

The “Obedience of Faith” in Paul and its Soteriological Implications (Justification and Denial of “Faith Alone”) [from Ferdinand Prat, S. J.]

Reply to James White’s Exegesis of James 2 in Chapter 20 of His Book, The God Who Justifies

“Work Out Your Own Salvation” & Protestant Soteriology (vs. Ken Temple)

But whose works are we talking about? The Spirit’s works? If so, then we are left again with only faith, itself a gift. For justification IS A TOTAL GIFT: Sola Gratia.

I don’t believe any educated Protestant will call Catholics semi-Pelagian. There is an academic definition, and Catholics don’t fit it. I do believe, however, that the way Catholicism is sometimes practiced is “Pelagianizing” in its effects. Much as Arminianism does in Protestantism, it ascribes to the work of believers what should only be ascribed to God.

Once again, you seem to be thinking in paradigms that are not particularly biblical, at least not in these particular terms. You want to connect the Holy Spirit and “works” as if men’s works are not ours at all, and only those of the Spirit.

I got curious to see how that lined up in Scripture: the relationship of “Spirit” and “works.”

When I searched “Spirit” and “work[s]” in conjunction in the RSV, I got no connection.

When I searched the phrase “Spirit works” I got absolutely nothing.

Likewise, with “works of the Spirit” and “works of the Holy Spirit”. So those two thoughts cannot be said to be particularly “biblical”: at least insofar as the term “works” itself is concerned, as connected with the Spirit. When “works” are discussed, it is the usually works of man.

There are at least a few “hits” for “works of God”.

And for “works of the Lord”.

None of this is to deny (at all!) that God the Father or the Holy Spirit work. Of course they do. But we are talking about the relationship of man’s work to God’s work: does the latter wipe out the former, when it is referring to the same exact work?

I say no: the Bible doesn’t teach that.

The second thing to note is that when the Bible does discuss “God’s work” it is usually His alone, and has nothing to do with man. It’s just something He does, as God.

On the other hand, there is the motif of “workers with God”: which precisely supports my contention: we do the works, and God also does, in the enabling sense:

1 Corinthians 15:58 Therefore, my beloved brethren, be steadfast, immovable, always abounding in the work of the Lord, knowing that in the Lord your labor is not in vain.

Philippians 4:13 I can do all things in him who strengthens me.

As far as assurance is concerned, I am likewise convinced that there is very little difference between our respective paradigms. We simply draw the fulcrum (between despair and presumption) at alternate spots on the balance. You accuse us of presumption. We accuse you of despair.

It’s healthy to wonder if we are where we need to be in terms of our walk of faith. We need to make our calling sure. It is unhealthy to be totally in the dark as to whether we are in God’s good graces. We should not be doubting his work in our lives.

I agree that there is a lot of common ground here, too, and have written about it:

Bible on the Moral Assurance of Salvation (Persevering in Faith, with Hope)

John Calvin holds that we can’t know for sure who is of the elect. That puts a big qualification on [absolute?] “assurance”. 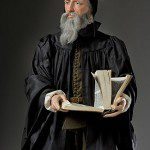 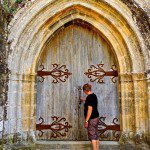