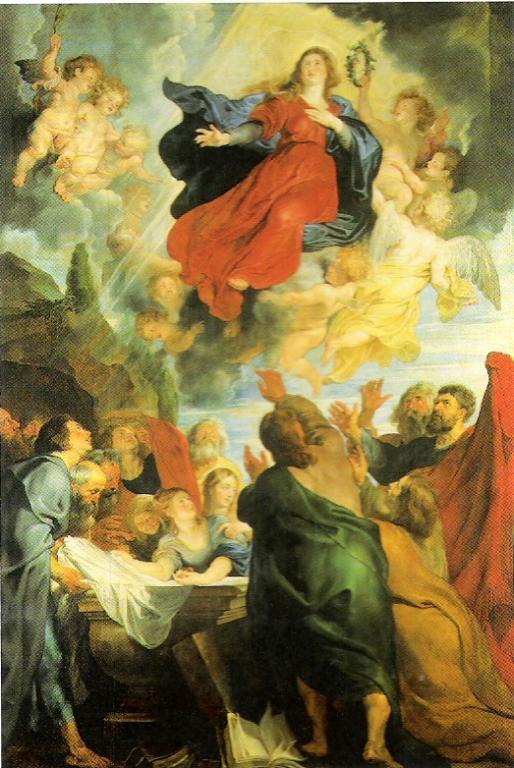 Kenneth Collins, in his chapter 16: “Mary Again: From Dogmatic definition to Co-Redeemer?,” makes the usual objections to Mary’s Assumption being a late-arriving doctrine among the Church fathers. Yes; it developed slowly and relatively late, but this is not some sort of “death blow” because so did many doctrines that Protestants accept, such as aspects of the Hypostatic Union, the Holy Trinity, original sin, opposition to iconoclasm, etc. In fact, some doctrines that Protestants accept, didn’t develop at all; they just suddenly sprang up in the 16th century out of whole cloth: things like, say, sola Scriptura and sola fide: the two so-called “pillars of the Reformation.” And they have no scriptural warrant at all, either. I wrote two books about the former.

I have made several purely scriptural arguments regarding Mary’s Assumption (one / two / three / four / five), which are directly deduced from other purely scriptural arguments of various sorts for Mary’s Immaculate Conception (one / two / three / four / five). Since I have written about them, I’ll simply link and not repeat myself here. Suffice it to say that such things do exist. And it’s also noteworthy that Martin Luther believed in a somewhat modified version of the Immaculate Conception of Mary (one / two / three), and “reformer” Heinrich Bullinger believed in her Assumption, as did Luther (in a qualified sense), many early and historic Lutherans, and many more traditional Anglicans (see the evidences).

Collins again objects to the notion of the Queen Mother (analogized to Mary) sitting at the king’s (Jesus’) right hand, even though this is an expressly biblical concept (Ps 45:1, 9; 1 Ki 2:19; including also a crown and a throne), as I noted in my installment about “Queen of Heaven.” Why is it an issue of contention, then? Protestants demand scriptural support for doctrines. If it is relatively sparse or indirect (as with the Assumption), they sure make hay of that. But if it is present (as with the Queen Mother —> Queen of Heaven motif), they still make hay of it.

I guess we Catholics can’t win no matter what we do! It seems to come down to whether a Protestant “likes” a doctrine or not — whether he or she personally resonates with it — , as opposed to whether it can be supported in some way from Scripture. After all, sola Scriptura and sola fide cannot be supported from Scripture at all, yet nevertheless, Protestants make them their two “pillars”; make the former their rule of faith and the latter is often (in some Protestant circles) virtually (and falsely) equated with the gospel of salvation itself.

Collins objects to the Catechism stating that Mary enjoys “a singular participation in her Son’s resurrection and an anticipation of the resurrection of other Christians” (#966). He states that this is:

. . . an honor that is nowhere found in Scripture and actually undermines some of its basic affirmations: Christ alone is the firstfruits of the resurrection (1 Cor. 15:20, 23), a first that is not shared by or parceled out to another . . . all the just, not simply Mary, will be raised to glory.

This entirely misses the Catholic “point” and is illogical. All we’re saying is that Jesus Christ was raised from the dead and ascended to heaven (so far so good, in terms of agreement). He is the “firstfruits.” No one disagrees. We then add that Mary was also bodily assumed into heaven and received her resurrected body (the first created human being to do so); also that she never experienced bodily decay. Jesus would certainly desire no less for His mother. That’s what the Catechism passage means: not that Mary was literally included in Jesus’ resurrection as the “firstfruits” but rather, that she was the first resurrection after Jesus, of all the millions who will likewise be glorified, not the only one.

“First” means “first” (again, a=a). And “first” implies that there is a second or third, etc. We believe that Mary, the Mother of God was that next resurrection after Christ. And who better to be resurrected first: than Jesus’ own mother, who — with St. Joseph — raised and taught Him for thirty years before He even began His public ministry? Collins agrees with Scripture that “all” [saved persons] will be resurrected and glorified. Therefore, some created human being would be the first one. We think it’s Mary. Protestants either have no opinion about it or don’t care. But our view does not contradict Scripture. In fact, there is another Bible passage I haven’t mentioned yet that does provide some significant evidence of Mary’s preeminence in the general resurrection:

Revelation 12:1-5 (RSV) And a great portent appeared in heaven, a woman clothed with the sun, with the moon under her feet, and on her head a crown of twelve stars; [2] she was with child and she cried out in her pangs of birth, in anguish for delivery. [3] And another portent appeared in heaven; behold, a great red dragon, with seven heads and ten horns, and seven diadems upon his heads. [4] His tail swept down a third of the stars of heaven, and cast them to the earth. And the dragon stood before the woman who was about to bear a child, that he might devour her child when she brought it forth; [5] she brought forth a male child, one who is to rule all the nations with a rod of iron, but her child was caught up to God and to his throne,

This clearly has an application to Mary and her child, Jesus, and to her Assumption into heaven, in great glory, and with A crown (as with the Queen Mother). This is indeed a “Queen of Heaven” and it’s Mary. I (like many commentators) also believe that it has a secondary application (a common occurrence in the Bible) to the Church. I’ve written about the passage four times (one / two / three / four), for those who would like to pursue that topic further.

Even Collins admits shortly afterwards, that we don’t know who is in heaven, “With the exception of Mary, of course, whose eternal sanctity for us is beyond question . . . ” He said it himself. This is the person we Catholics believe (we think, with ample reason) was the first to be resurrected in heaven after Jesus. 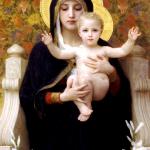 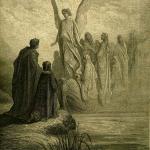 October 19, 2017 Armstrong vs. Collins & Walls #7: Unbiblical / Non-Patristic Purgatory?
Recent Comments
0 | Leave a Comment
"As for his number 2, I have never seen a person do it in the ..."
Tom Hanson Reply to Banzoli’s “Questions for Catholics ..."
"This post reminded me of a dialogic like t. Maximus' Disputation with Phyrrus. It is ..."
Paul Hoffer Reply to Banzoli’s “Questions for Catholics ..."
""After the United States was founded in 1776, abolition of slavery occurred in the Northern ..."
FarSeeker8 . “How Can God Order the Massacre ..."
"Wow! both of them had to either forget or never take normal logic."
Tom Hanson Communion of Saints, Scripture, & Anti-Catholic ..."
Browse Our Archives
Related posts from Biblical Evidence for Catholicism