Secularism & the Destruction of America Since 1965

Secularism & the Destruction of America Since 1965 April 7, 2019 Dave Armstrong 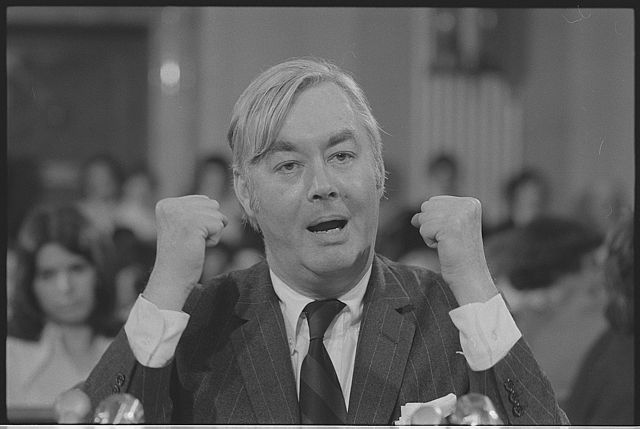 Secularism has almost wrecked the country and most of the traditions we have held dear these past 240 years and before.

The real driver of the decline is the Sexual Revolution. 1965 can be seen as the year (if we were to choose one) when all the wheels were truly put into motion:

1) The use of the Pill really kicked in as the baby boomers came of age, in college (20 or so) and rebelled en masse against Christian sexual teachings (no sex before marriage).

2) Griswold v. Connecticut came down from the Supreme Court. That struck down contraception laws and established the vaunted “right of privacy” that led directly to Roe v. Wade and massive institutionalized childkilling eight years later. Freedom to kill one’s child was an essential plank of the Sexual Revolution, or its “sacrament” if you will. Now women had a license to be just as decadent and sex-crazed as men had always been (and subsequently to be reduced to mere objects of manipulation, as in pornography). What a pity. It’s men who needed to be more like women, rather than vice versa.

3) It was also the year of LBJ’s “War on Poverty” or “Great Society”: huge welfare programs. The result (as predicted by [later] Democratic Senator Daniel Moynihan, who had a sociological background), was the virtual destruction of the African-American family (especially in the inner cities) because of over-dependency on government and viewing the father as an optional figure in the house.

As a result, illegitimacy rates skyrocketed, as well as drugs and crime and gangs, and we have what is seen most clearly on the south side of Chicago (even worse than my native Detroit): a community in near-chaos, with black-on-black slaughter taking place every day. That’s as far as east is from west, from the traditionally strong and highly religious black family, that survived even the horrors and outrages of slavery. Tragically, it couldn’t withstand the ravages of know-nothing liberal social engineering.

Sadly, the civil rights movement of Dr. Martin Luther King deliberately chose to refrain from speaking out about personal morality issues (whereas the Muslim Malcolm X did speak out on that). Their goal was strictly legal: change laws rather than hearts (the latter being the traditional Christian method).

These three things: the Pill, abortion, and the massively-failed liberal “Great Society” dystopia, are the leading causes of our present mess, in my opinion.

If we couple that with miserable liberal economic policies, that decimate the incomes of the little guy (all economic indicators among African-Americans have declined under Obama), and the rotten public school system (ruined by teachers’ unions and the absence of reasonable standards), it’s a perfect storm in the inner cities: against anyone who tries to get ahead.

The liberals make sure that the schools don’t raise anyone up (except the most extraordinary exceptions), so they can’t be upwardly mobile, as every other American generation was. They refuse school choice, merit pay, refuse to reform the unions, so that improvement could result.

Look at Detroit public schools, which are in almost shambles by now. They were in great shape in the 60s and 70s when I attended them from kindergarten to 12th grade. Now graduates can’t even read.

But everything’s wonderful in the USA: as long as we close our eyes to the hellhole environments people are forced to live in, in the inner cities. The rich fatcats are all doing fine.

Secularism and its ally, political liberalism, seek to break down and destroy proper connections and distinctions that had always been instinctively assumed and understood before (bolstered by the teachings of Judaeo-Christian religion):

A) The connection between sex and marriage.

B) The connection between sex and responsibility for what could result (children), reducing sex to pleasure only (basically, hedonism).

C) The connection between sex and procreation. Prior to this (primarily, in terms of purpose), sex was viewed (at least in Christianity) in terms of procreation and pleasure together.

D) The connection between marriage and children.

2) The Great Society started attacking fathers, seeking (by result, if not by intention) to make them unnecessary to the family, either in a disciplinary or role model sense, and also economically. Welfare checks took care of all that. The result was also to separate two parents from their children. It separated marriage and children, and sex and marriage, by breaking up the mother and father, and causing illegitimacy rates to skyrocket, with dire and manifest tragic social results, that we see now in every city. Liberalized divorce laws have also broken down the notion of the permanent marriage, leading to broken homes and much misery.

3) Abortion separated the preborn child from humanity, by pretending that he or she does not exist, or is not life, or human, or (more sophisticated and wicked): a human being but not yet a person. Essentially it means that a person is no longer a person unless we (er, the child’s mother) declare them to be so. It dehumanized or defined out of existence a whole class of people, just as we had done with Native Americans and African-Americans and other minority groups: but far worse.

4) Now the secularists are mounting a wholesale assault on marriage and gender. Unisexism is simultaneously asserted alongside gender-fluid concepts (men and women are no different, yet each can become the other, at a whim). This leads directly to “gay marriage”: since gender (not to mention procreation) is irrelevant to the notion of marriage (men and women being exactly the same). And now the latest push is to pretend (as a result of this thinking) that men and women need not / should not even be separated in bathrooms and locker rooms. A guy simply says he is a woman, and he cannot be denied entrance to the women’s locker room.

According to the Christian understanding of family, marriage, gender, men and women, and the deepest purpose of a God-given sexuality, all of this is literally insane and a mindless destruction of the foundational traditions underlying all of society. And we see the detrimental results all around us, in broken homes, communities, and lives: dead children in the womb and dead children gunned down in the streets (children always suffer more than anyone else for our societal mistakes). It will only get worse, short of a massive spiritual revival and return to moral tradition. 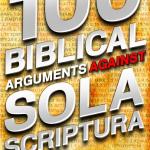 April 5, 2019
Why We Should Fully Expect Many "Bible Difficulties"
Next Post 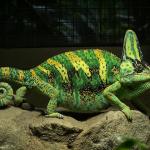 April 7, 2019 "We Are What We Eat": Atheist Belief & Surroundings
Recent Comments
0 | Leave a Comment
"Luke18:15 - Now they were bringing EVEN INFANTS to him that he might touch them; ..."
MurphsLaw What Were the Baptized “Added” to? ..."
"I have not bothered to read Bob in a while now. I kind of threw ..."
Jim Dailey Seidensticker Folly #74: Omniscient God & ..."
"Its funny that the least agreed upon document (On Media) is among the least 'controversial' ..."
Prasanth Vatican II: Documentation of Bishops’ Voting ..."
"It seems to me that Karl Keating is what you would call a 'mild critic' ..."
Prasanth Pope Francis Talks of Gospel Freedom; ..."
Browse Our Archives
get the latest updates from
Biblical Evidence for Catholicism
and the Patheos
Catholic
Channel
POPULAR AT PATHEOS Catholic
1