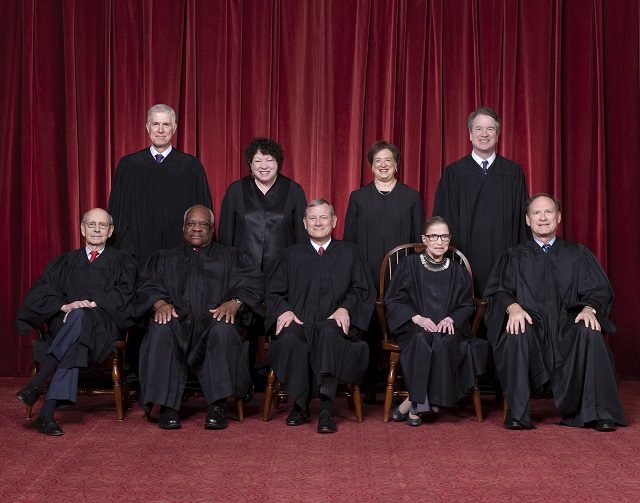 [I was replying to a Catholic leftish Never Trumper, a month before the 2016 presidential election]

The problem with your analysis of the Supreme Court is that it doesn’t continue into recent history.

The last Democrat-appointed pro-life Justice is Byron White (JFK, 1962). For Republicans it’s a mixed record, but at least it is that. Here are the appointments under Republican Presidents since Reagan and how they turned out on the life issue:

So the tally is:

That’s pretty good, if you ask me. This is the only way we have limited Roe at all. Kennedy joined in the partial-birth abortion ban ruling, for a 5-4 decision.

By contrast, the last pro-life Justice appointed by a Democrat was Byron White (1962), who retired in 1993.

And you want to argue that there is no difference between the parties in this respect?

I think we see why you didn’t go into detail about recent appointments by the GOP. Most analyses of this sort don’t . . . You’re stuck back in 1973. Those appointees were from Nixon and Eisenhower, who were not conservatives, but moderates. Ford also put in another pro-abort because he was a moderate, too. You talk about Sandra Day O’Connor, but neglect to mention Reagan’s other two appointees: Scalia and Bork.

You say it is a “terrible bet to make” (to believe that Trump will appoint pro-life Justices, or that among other things). He has provided a list of judges, and rock-solid conservative groups have widely hailed his choices. That’s about as good as it gets. There’s no absolute guarantee that a person won’t become more liberal over time (just like — ahem — you did). It happens. People are free agents.

You say, “there is no historical precedent for the party nominating a justice getting what they want from that justice.”

Really? I don’t know what alternative universe this comes from. The Democrats have gotten 100% pro-abortion rulings from their appointees since Byron White retired in 1993.

And our record isn’t that bad, either. Reagan would have been 2 for 3 had Bork not been viciously savaged and eliminated by the liberals, led by a sanctimonious and idiotic Joe Biden in the Senate committee. Older Bush had a 50% record (sadly, he followed the advice of John Sununu, who recommended Souter). Younger Bush had a 100% pro-life record in appointments.

It’s not rocket science at this juncture to know the better choice, in terms of the Court and the election. With Hillary we get a radical pro-abort, with hardly any doubt. It’s more likely that the Second Coming will occur in the next four years than that Hillary’s appointment will be pro-life.

With Trump, the record since Reagan shows that the chances of obtaining a pro-life Justice is 57% (4 out of 7); but really it is 71% (5 out of 7) because Reagan’s actual third choice was Robert Bork, who would have certainly been pro-life (he also converted to Catholicism after that time). And it’s actually higher, because O’Connor and Kennedy did make some pro-life decisions before they became more more liberal.

71+% chance vs. virtually 0%. This is not a difficult choice. If one regards pro-life as the most important issue, as I do, it’s clear and obvious.

But you don’t seem to be able to get over this foolish puritanism of thinking that a President must be some kind of saintly character. If JFK, Nixon and Bill Clinton didn’t disabuse anyone of that notion (not to mention Hillary herself!), nothing will. We’re not voting for canonization, but for the presidency.

We don’t agree with every jot and tittle of the people we vote for, and this is understood. The example I always use is the abortion exception clauses for rape and incest. These were favored by both Bushes, possibly Reagan (not sure), McCain, Romney, Trump, and probably Dole as well.

Those abortions are no different than any other abortions, which is why I am against them. But I voted for all those people because they were far more pro-life than the opponent. And of course the Church allows this. It’s not situation ethics or utilitarianism.

Nor do I see how voting for Trump descends to utilitarianism or some sort of dubious ethics. It’s simply the nature of human nature and the political enterprise. I’m not a utilitarian; never have been. I don’t agree with everything Trump stands for, just as I have had disagreements with virtually all other presidential candidates that I voted for.

Again, you seem unduly burdened with this expectation that presidential candidates must either be 1) saints, or 2) completely in line with Catholic social teaching at all points. Neither common sense nor Church guidelines about voting require this.

You and many on your political side continually argue that there is little difference between the two parties with regard to Justices and the pro-life issue. I showed that this was demonstrably untrue, based on the historical record for both parties. The Dems get 100% pro-abortion from their appointees. The GOP since Reagan has had a pretty good record, despite defections from Souter, and (partially) from O’Connor and Kennedy.

I think Trump is quite good enough to vote for outright. I don’t think he’s perfect. One votes for the person that they think is the best choice of the two. We don’t agree with everything, by the nature of democracy. Most of us have to “settle.” As I noted in one of my posts, the Catholic Left does this all the time. They say they are pro-life, yet consistently vote for the pro-abort candidate or go third party and enable the liberal to win. But if they vote for a pro-abort, they have to rationalize in a number of ways about how their stance will magically lead to less abortions than the pro-life candidate.

If they are honest at least about the policy positions presented, they have to acknowledge, it seems to me, that they are voting for a radically flawed candidate, but that, nonetheless, a better outcome for the pro-life cause will result, than with the contrary vote. That’s far more consequentialist than anything we’re doing.

I don’t even think this is a question of “probabilities.” It’s common sense and moral sanity. We know what Hillary will do, by every indication of her stated views. So we oppose that, and Trump is the man opposing her, and our alternate choice.

Your argument was that the history of Court appointments shows no likelihood one way or the other. You were making a generalized argument from the past, extrapolated onto the present; not specifically about what Trump would likely do. I proved (to my mind) that this is simply not the case. 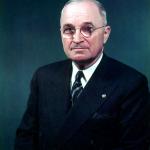 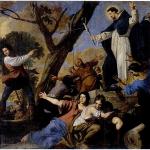 May 23, 2019 Were the Albigensians Primitive or Proto-"Protestants"?
Recent Comments
0 | Leave a Comment
Browse Our Archives
get the latest from
Biblical Evidence for Catholicism
Sign up for our newsletter
POPULAR AT PATHEOS Catholic
1