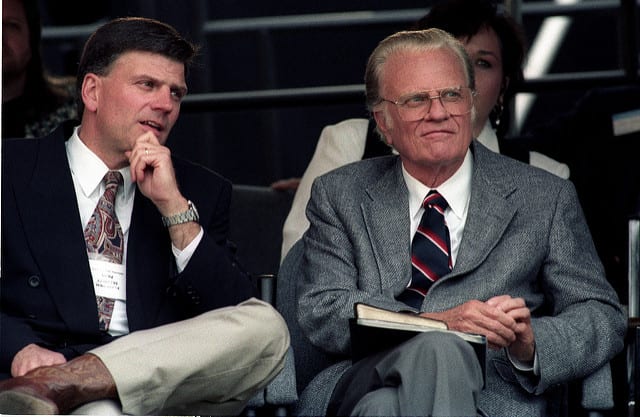 Christianity Today  — what used to be the “flagship” evangelical periodical — , in its anti-Trump editorial on 12-19-19, “Trump Should be Removed from Office,”  was idiotic enough to buy the Democrat lie in the whole impeachment fiasco:

But the facts in this instance are unambiguous: The president of the United States attempted to use his political power to coerce a foreign leader to harass and discredit one of the president’s political opponents. That is not only a violation of the Constitution; more importantly, it is profoundly immoral. . . .

We believe the impeachment hearings have made it absolutely clear, in a way the Mueller investigation did not, that President Trump has abused his authority for personal gain and betrayed his constitutional oath.

This is complete BS. There ain’t nuthin’ there. Fair-minded Democrats like law professors Alan Dershowitz and Jonathan Turley freely grant that. If anything of this sort was done, it was by Joe Biden (and other Dems, too, wrapped up in Ukraine, including Pelosi), not the President.

I subscribed to CT for several years in the 80s. They showed liberal or “merely sociological” tendencies” even then. But I wouldn’t have thought that their editorial board was this stupid and naive: to buy wholesale lying Democrat talking-points and to not see that there was no compelling evidence offered whatsoever: so much so that independent voters have trended against impeachment and/or removal, as well as voters in several important states in the 2020 election. They recognize the kangaroo court, but CT doesn’t. It’s amazing.

CT actually thinks there is a comparison to Bill Clinton 21 years ago. That’s a joke. His impeachment garnered 30 or so Democrat votes. Clinton was convicted of perjury and lost his law license. This one got 0 Republican votes. It’s simply a partisan witch hunt. When Nixon was in danger of being impeached, literally 90% or so of Republicans were on-board. That’s why he resigned. He had no hope.

That he should be removed, we believe, is not a matter of partisan loyalties but loyalty to the Creator of the Ten Commandments.”

So, like so many Never Trumpers, now CT melodramatically makes it a matter of being a good Christian, to oppose Trump (“Remember who you are and whom you serve. Consider how your justification of Mr. Trump influences your witness to your Lord and Savior.”). To support him is to oppose God Himself and to be against the Ten Commandments. This is an absolute disgrace. It’s CT that has broken the Ten Commandments by bearing false witness. It simply repeats Democrat / liberal talking points.

The idea that this sort of flatulent bilge represents true and pure evangelical Christianity, while Billy and Franklin Graham and Dr. James Dobson (all Trump supporters) do not is so ludicrous as to only elicit profound laughter and derision. Dr. Dobson responded forcefully — as cited in an article at WND: “Dobson to Christianity Today: Who do YOU want as president?” (12-21-19). He asked (I have added the numbers and “list” format for both long citations below):

Maybe the magazine would prefer a president who is passionately

3) hostile to the military,

5) supports a socialist form of government,

11) distrusts evangelicals and anyone who is not politically correct.

Franklin Graham noted that his father, the great Billy Graham, voted for Trump, and “believed that Donald J. Trump was the man for this hour in history for our nation.” He added more items to consider:

Look at all the president has accomplished in a very short time.

12) The economy of our nation is the strongest it has been in 50 years,

13) ISIS & the caliphate have been defeated, and

14) the president has renegotiated trade deals to benefit all Americans.

The list of accomplishments is long, but for me as a Christian, the fact that he is

—and Christianity Today wants us to ignore that, to say it doesn’t count? The president has been a

16) staunch defender of religious freedom at home and around the world – and Christianity Today wants us to ignore that?

17) Also the president has appointed conservative judges in record number – and Christianity today wants us to ignore that? Christianity Today feels he should be removed from office because of false accusations that the president emphatically denies.

Their point was not one of “who will become President if Trump is removed?” — which he will never be, anyway. It was rhetorical (in effect): “what is so terrible in the things that Trump has done and stands for, and what would CT want instead?”

President Trump has governed every bit as conservatively as President Reagan did. I would contend that he’s done a lot more than Reagan did (and I loved the Gipper). And Reagan was no choirboy. He was divorced and was quite the ladies’ man in Hollywood (if someone wants to discuss fornication and adultery: bringing in, of course, JFK and LBJ as well)). He also signed into law an abortion bill in California that cost 100,000 lives even before Roe in 1973.

To argue that Billy Graham, Franklin Graham, and James Dobson are not truly or consistently evangelical because they support[ed] Trump would be truly extraordinary. Anyone who has studied the history of evangelicalism since World War II (as I have, and I was one myself) knows that Billy Graham virtually was evangelicalism: and he was the founder of this very magazine.

Could God Possibly Use Trump, Like Queen Esther? . . . and Like He Used Balaam’s Ass, Jonah’s Whale, King Cyrus, and the Babylonian Heathen King, Nebuchadnezzar (Not to Mention Adulterous Murderer, David)? [3-23-19] 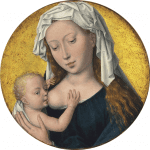 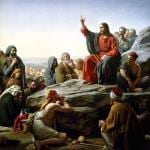