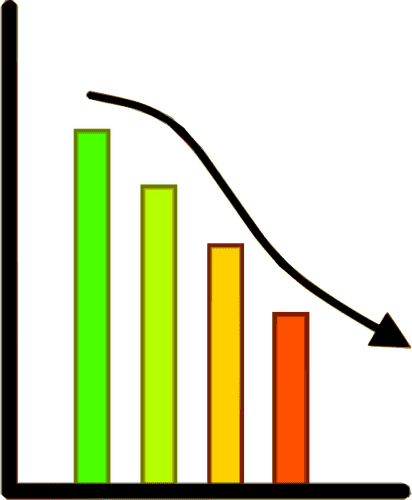 The new pro-life movement is, basically, leftists and Democrats who are pro-life — I don’t deny at all that they are — and who like to run down what they call the “old pro-life movement” and those who push policies that they too often mock as not really pro-life: by derogatorily using quotation marks around the title: “pro-life”. They have been falsely claiming for years that abortions rise during Republican administrations and go down during Democrat ones. This is untrue, and I have refuted it several times:

No one need merely take my word for this. Liberal and pro-abortion organizations and websites freely admit it as well. For example, the liberal fact-checking site, Snopes, published an article, “Abortion Rates Fall During Democratic Administrations and Rise During Republican Ones” (11-11-16). That is, the title was the proposition under consideration. Snopes deemed it to be a “false” statement and observed:

It is plain to see that abortion rates have risen (prior to their peaking in the mid-1980s) and fallen under both Democratic and Republican administration, suggesting little to no correlation with whichever political party controls the White House. The overall trend since the 1980s has been a fairly consistent decline across through administrations of both parties.

“U.S. Abortion Statistics” reports the numbers of abortions in recent years, according to the pro-abort Guttmacher Institute:

Note that 2017 was President Trump’s first year in office. The abortion rates continued to decline, and at an even greater rate. We see that the rate was accelerating during Obama’s last year in office as well, but the 2017 rate of decline was twice as much as the 2015 rate. This supports the Snopes conclusion: a decline is occurring during both Republican and Democrat administrations. It’s certainly not at all the case that the decline has stopped or reversed under Trump. Now we have the statistics to prove that, and it puts the lie to new pro-life rhetoric (examples of which I will provide below) in this regard.

I have contended that a primary (but not sole) cause of the decline is the large amount of abortion restrictions put in place: mostly at the state level, and overwhelmingly by Republicans, with minimal or literally no cooperation from Democrats in most states (save a very few like Louisiana, where a Democrat can actually be pro-life and get elected). Again, statistics on the number of regulations can be obtained from Guttmacher Institute (lest we be accused of exaggerating and fudging the facts). Guttmacher reports the facts of these restrictions, even in an article (from 9-18-19) that expressly denies that they are a prime cause of the decline:

The question of what is behind these trends has important policy implications, and the 2011–2017 period warrants particular attention because it coincided with an unprecedented wave of new abortion restrictions. During that timeframe, 32 states enacted a total of 394 new restrictions, with the vast majority of these measures having taken effect (that is, they were not struck down by a court).

Another Guttmacher article from September 2019 stated:

Despite existing precedents, states have continued to find ways to restrict or ban abortion, enacting more than 227 restrictions between January 2014 and June 2019. More than a dozen cases challenging some of the most extreme restrictions—such as bans on abortions after six weeks’ gestation—currently have the potential to reach the Supreme Court, and the outcomes could pose significant challenges to the legal framework protecting abortion rights.

Yet another Guttmacher article from the same month observed that the 2017 rate was an “historic low” and that:

Pro-lifers who vote Democrat, thinking it the more “pro-life” vote, are useful idiots for the pro-abort cause. This is precisely what is so scandalous about it. The pro-aborts love pro-lifers who “reason” as these people do. The pro-aborts know who their champions are: the folks who will promote and further their agenda. Hence, Planned Parenthood gave Hillary Clinton its (first-ever!) “Champion of the Century” award, and NARAL (National Abortion Rights Action League) gave Killary its Lifetime Achievement Award.

Again, they know who will promote their agenda. They’re immoral and proponents of wicked evil, but they’re not idiots. But useful idiot pro-lifer actually doesn’t know who promotes abortion and who does not, and winds up voting for the pro-abort champions and heroes, and insanely pretend that that will lower abortion and create a greater culture of life. It’s one of the greatest self-delusions ever seen: in the political arena or anywhere else.

New pro-lifer and Democrat Mark Shea is equally delusional and stubbornly defiant, in the face of the above indisputable facts:

[A]nybody who thinks the Cult of Trump is the “prolife party” is a delusional fool.

There are two parties.  One is the party that is 100% responsible for appointing the SCOTUS judges who gave us Roe . . . [my bolding] (“Some Elementary Catholic Moral Reasoning” – 1-10-20)

The latter claim is demonstrably false. Is Mark incapable of doing rudimentary investigative research? Of the seven men who signed on to Roe v. Wade and legal child murder in 1973, two were Democrat-appointed: William O. Douglas (by FDR in 1939), and Thurgood Marshall (by LBJ in 1967). Moreover, of the two dissenters, William Rehnquist was appointed by Nixon just a year earlier, and Byron White by JFK in 1962. So the two pro-lifers in the fateful case were split between the parties.

And while the GOP appointees have been by no means perfect, several of them have ruled in a pro-life manner, whereas no Democrat appointee since Byron White, appointed 58 years ago, has done so. So once again, whatever pro-life gains have come from the Supreme Court (just as those from Congress and state legislatures and administrations), have been overwhelmingly from Republican appointees. But Mark is too blind and too much of a useful idiot himself to see this. Mark continues to rave against demonstrable reality:

And above all, they [Republicans] have consistently advocated policies which tend to drive the demand for abortion up, not down.

In short, there is no prolife party.  Stop lying to yourself that there is.  There are two parties that support the right to an abortion.  One of them supports a host of evils and anti-human policies in addition to abortion. The other party is the Democrats. . . .

I will not only vote Dem in November with a clear conscience, but with a sense of obligation before Almighty God to do so. The Dems are the only party capable of stopping the gravest domestic threat we have faced in my lifetime. And now the Cult of Trump have formally joined the ranks of grave international threats as well.

This nonsense has been refuted above (and in other articles of mine).

Could God Possibly Use Trump, Like Queen Esther? . . . and Like He Used Balaam’s Ass, Jonah’s Whale, King Cyrus, and the Babylonian Heathen King, Nebuchadnezzar (Not to Mention Adulterous Murderer, David)? [3-23-19] 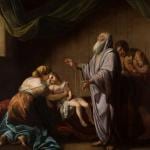 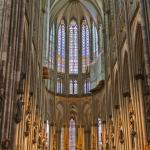 January 10, 2020 In What Century Did the Title, "Catholic Church" Begin?
Recent Comments
0 | Leave a Comment
"Again, as to the date of Jesus' death, I can't do everything in one paper. ..."
Dave Armstrong Refuting 59 of Michael Alter’s Resurrection ..."
"It's only a false equivalence for you because you have unscientifically and immorally and irrationally ..."
Dave Armstrong Problem of Good: More Difficult than ..."
"Response to Dave Armstrong’s ReplyHello Dave:First, I apologize to you and your readers for this ..."
Michael Alter Refuting 59 of Michael Alter’s Resurrection ..."
"But abortion is fine and dandy, huh? Yeah, child sacrifice has always been around, too. ..."
Dave Armstrong Problem of Good: More Difficult than ..."
Browse Our Archives
get the latest from
Biblical Evidence for Catholicism
Sign up for our newsletter
POPULAR AT PATHEOS Catholic
1