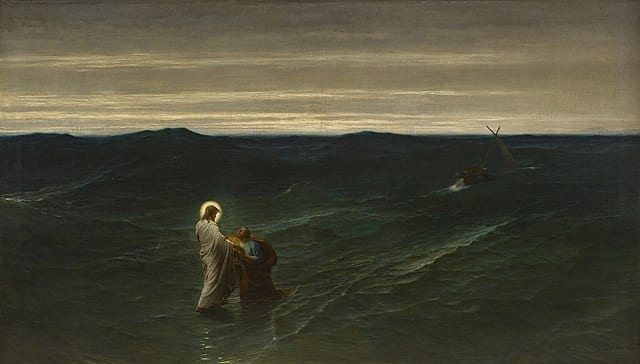 Jason Engwer is a Protestant apologist who does a lot of good work of general apologetics in defense of Christianity (I have linked, for example, to a lot of his material concerning Christmas), alongside not-so-great anti-Catholic polemics. I rejoice in the former, and refute the latter on occasion, as I will do now. I’ll be responding to Jason’s article, “Abusing Peter’s Weaknesses To Establish A Papacy” (1-23-20, Tribalblogue). His words will be in blue.

Luke 22:31-34 (RSV) “Simon, Simon, behold, Satan demanded to have you, that he might sift you like wheat, [32] but I have prayed for you that your faith may not fail; and when you have turned again, strengthen your brethren.” [33] And he said to him, “Lord, I am ready to go with you to prison and to death.” [34] He said, “I tell you, Peter, the cock will not crow this day, until you three times deny that you know me.”

The passage is addressing Peter’s restoration after a fall, not some sort of strength he had as a Pope. The work Peter is described as doing, in strengthening his brethren, not only is common to all of the apostles (Acts 18:23), but is common to individuals of a lower rank in the church as well (Acts 15:32). It’s not something unique to Peter, much less is it papal.

Well, it is doing both things. Both/and (as so often in biblical and Catholic thought; and sadly, as so often not understood by Protestants, who often create false dichotomies and think in hyper-rationalistic either/or terms). He prays for Peter’s faith (knowing the brutal personal aftermath he would go through after denying the Lord three times). But He also prays for his function of strengthening the brethren, which is what leaders of apostles and popes (following them) habitually and characteristically do.

Of course all the apostles “strengthen”, as well as non-apostle Christian believers, as Jason points out. But what he doesn’t get: here and with regard to other Petrine / papal passages (I have debated him before several times about this topic) is the sense of St. Peter as preeminent. The apostles do certain things; Peter is their leader. Likewise, by analogy, the pope is the leader of the Christian Church, even though bishops do many things the pope does, on a lesser scale and with less than universal jurisdiction.

The difference is that Jesus specifically commissions Peter (just as in the Matthew 16 passages) to play this role among believers in the new Church. Jason and others want to play this down as of no particular Petrine significance? I don’t think it’s no easy to do, if they are trying to faithfully abide by what Scripture teaches.

We can examine, for example, how very few times Jesus prayed for others by name in Holy Scripture. The phrase of Jesus, “I have prayed for you” occurs only here in the New Testament (in RSV). In fact “prayed for” applied to Jesus, meaning intercession for a human being, only appears here also. The word “prayed” referring to Jesus appears nine times in the New Testament. The passage above is one of them. Six other times it refers to Jesus praying in the Garden of Gethsemane about His Passion. The remaining two (Mk 1:35; Lk 5:16) refer to Jesus withdrawing alone and praying (no specific subject or object of prayer stated).

That’s the complete record, in terms of searching “pray” /”prayed” / “prayer” in the New Testament (in the RSV). I think it’s also clear that Jesus prayed for Lazarus (John 11:41: “”Father, I thank thee that thou hast heard me.”) before He raised him (which is, of course, prayer for the dead: something Protestants tell us is heresy and unacceptable practice).

Thus, the only other single person that Scripture records Jesus interceding for is Lazarus. The instance with Peter above is the only time we see Him praying for one of His disciples about what he will be tasked to do: to strengthen his brethren. Surely, this is highly significant, and it has to do with a central task of what popes do: they guide, exhort, and strengthen Christian believers.

Much the same can be said of John 21:15-17, another passage often abused to argue for a papacy. John 21, like Luke 22, is addressing Peter’s need for restoration, as reflected in the parallel between the three affirmations of love for Christ and Peter’s previous three denials of Christ. And, as with Luke 22, what Peter is called to do in John 21 is not only common to the other apostles, but also to individuals of a lesser rank (Acts 20:28, 1 Peter 5:2).

Yes, much the same can be said, but not what Jason is saying; rather, what I have been saying (above). Once again, Jesus singles Peter out by name. He rarely did that with any other disciple. And He is talking about how it is Peter’s role to guide the sheep and teach the Christian flock. It’s all perfectly consistent with Petrine primacy and the papacy. Jesus is the Good Shepherd; so is Peter, in the earthly sense. The shepherd tends to his flock. Jesus’ “sheep” are clearly Christian believers. This is who Peter feeds and tends in a universal sense. How anyone could fail to see the huge ecclesiological significance here is the mystery. It’s just Protestant blinders, I reckon.

Jason brings up Acts 20:28 as a supposed counter-evidence against Petrine primacy: “Take heed to yourselves and to all the flock, in which the Holy Spirit has made you overseers, to care for the church of God which he obtained with the blood of his own Son.” But it’s not at all. It’s talking about bishops, who do indeed oversee flocks, but only limited, localized ones. Hence, this passage was directed to the “elders” of Ephesus, which was only one local church (what we would call today a diocese).

So they are to care for that flock, whereas Peter (singularly addressed by Our Lord) is ultimately to tend and feed the entire Church: not just a local section. I Peter 5:2 teaches the same. He is addressing elders as a collective, but Jesus addresses him alone. Peter refers to “those in your charge” whereas Jesus refers to Peter’s overseeing of His “sheep.” And Peter is addressing only elders of a particular region in Asia Minor (Turkey): “To the exiles of the Dispersion in Pontus, Galatia, Cappado’cia, Asia, and Bithyn’ia,” (1 Peter 1:1).

Peter acts like a pope would act in his second epistle, because it is directed towards all Christians: “To those who have obtained a faith of equal standing with ours in the righteousness of our God and Savior Jesus Christ” (2 Pet 1:1).

Neither Luke 22 nor John 21 suggests that Peter had papal authority,

Well, they do in the sense that he is singled out, as opposed to others being addressed as a collective. It’s much like referring to the President of the United States, as compared to the collectives of Senators or Congressmen in the House or cabinet members.

much less that he would pass on such authority exclusively to a succession of bishops in Rome. It’s perverse to take these passages about Peter’s weakness and need for restoration and use them to claim that he was being given papal authority.

He wasn’t given the authority here, but rather in Matthew 16, when Jesus called him Rock and said He would build His Church upon him, and that he would be given the keys of the kingdom (also a thing said only to him). Papal succession is a logical argument, deduced from analogous Scriptures, but it makes perfect sense. If there was a leader of the Church at the beginning (i.e., what would later be called a pope), then it stands to reason that there would be in perpetuity, just as with other Church offices. The apostles would cease, but their successors: bishops and popes would not. And the New Testament is still talking about prophets as an ongoing office (Mt 11:9; Lk 2:36; Acts 15:32). I make the argument in several papers of mine:

The Catholic abuse of Isaiah 22 is of a somewhat similar nature. I won’t repeat everything I’ve said in past discussions about the passage. See the comments section of the thread here. As I explain there, if Catholics were consistent in their appeal to Isaiah 22, they would have to conclude that neither Peter nor his supposed successors have the attributes Catholics allege. So, whereas seeing a papacy in Luke 22 and John 21 involves unverifiable speculation, seeing a papacy in Matthew 16’s use of Isaiah 22 is even worse, since papal authority isn’t just absent from Isaiah 22, but is even contradicted.

The argument from Jesus giving Peter the “keys of the kingdom”: tying into the background of Isaiah 22 is more complex and involved. I have shown, from Protestant Bible commentators and other scholars, that a strong case for papal authority can be made from it. See: “Primacy of St. Peter Verified by Protestant Scholars.” 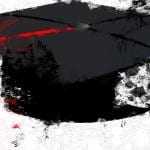 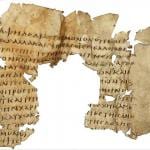 May 12, 2020 2 Thessalonians 2:15 and Tradition (vs. Steve Hays)
Recent Comments
0 | Leave a Comment
"So that's the game you play to rationalize away Christian charity? Nice try, but no ..."
Dave Armstrong Secularist, Atheist Nations = More “Happy” ..."
"Seems silly to be responding to a one-year old thread, but here goes: How much ..."
David Peebles Secularist, Atheist Nations = More “Happy” ..."
"Absolutely. I didn't gripe when Let It Be... Naked was released that put out a ..."
Mike O'Leary Best-Sounding Beatles Songs: All 211
"Well, that's how we all heard it and loved it. But the writer's intention ought ..."
Dave Armstrong Best-Sounding Beatles Songs: All 211
Browse Our Archives
Related posts from Biblical Evidence for Catholicism 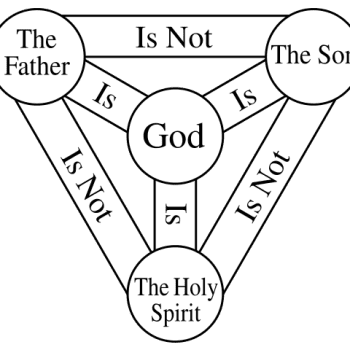