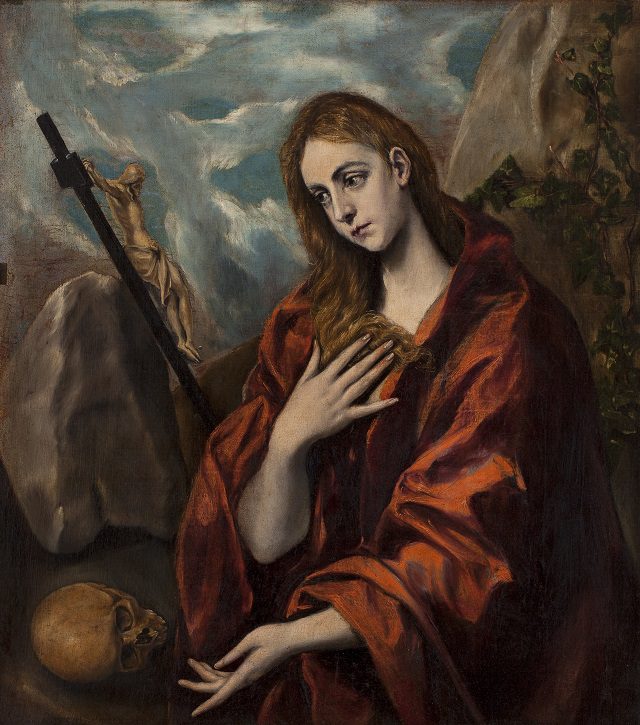 But don’t hold your breath. He hasn’t yet uttered one peep in reply to my previous 28 installments. Bob (for the record) virtually begged and pleaded with me to dialogue with him in May 2018, via email. But by 10-3-18, following massive, childish name-calling attacks against me,  encouraged by Bob on his blog (just prior to his banning me from it), his opinion was as follows: “Dave Armstrong . . . made it clear that a thoughtful intellectual conversation wasn’t his goal. . . . [I] have no interest in what he’s writing about.” And on 10-25-18, utterly oblivious to the ludicrous irony of his making the statement, Bob wrote in a combox on his blog: “The problem, it seems to me, is when someone gets these clues, like you, but ignores them. I suppose the act of ignoring could be deliberate or just out of apathy, but someone who’s not a little bit driven to investigate cognitive dissonance will just stay a Christian, fat ‘n sassy and ignorant.”

What if it’s repentance?

Repent, then, and turn to God, so that your sins may be wiped out, that times of refreshing may come from the Lord (Acts 3:19).

Repentance for the forgiveness of sins will be preached in his name to all nations, beginning at Jerusalem (Luke 24:47).

This was stated after he did his usual dumbfounded, clueless woodenly “either/or” analysis of the faith “vs.” works issue, which I have already dealt with (in terms of his arguments), in installment #22. He pretends (what else is new with him?) that one thing contradicts another, when it doesn’t at all (or else he is too ignorant and biblically illiterate to comprehend that they don’t).

The Bible teaches that we are saved by grace through faith, with good grace-generated works (freely done) inevitably manifesting themselves and being the proof of genuine faith, in the regenerated person (and regeneration comes through baptism, according to the Bible). All of this is made possible by Jesus’ death on the cross, as mankind’s redeemer and savior.

Except for the baptismal regeneration aspect (rejected by a fairly small minority of all Christians — but not, alas, by Martin Luther, the founder of Protestantism), virtually all Christians agree on what I summarized as the requirements and nature of salvation.

The many subtleties and fine points of how it works in standard Christian soteriology (theology of salvation) are clearly way over Bob’s head, but not over the heads of thoughtful, educated Christians, who (quite unlike Bible-Bashing Bob) actually seriously study the Bible. I write about all these things, in scores and scores of articles on my Salvation & Justification web page.

Repentance is clearly the initial human response at the beginning of the process of salvation, above the age of reason (around seven or so). We have to be sorry for our sins in order to be forgiven of them (it’s a two-way transaction): all the way to a hoped-for eventual salvation and entrance into heaven as a reward and fulfillment of all the deepest human desires and yearnings. The whole thing is enabled and made possible only, or ultimately, by God’s free gift of grace. That said: repentance is presented as the first thing humans do in the process: even before baptism (in the case of adults).

I fail to see why Bob thinks that this is a case of biblical contradiction. The Bible teaches that all these factors play into salvation. It’s not contradictory. I document this in my paper, St. Paul on Grace, Faith, & Works (50 Passages). It’s merely a case of many harmonious factors being involved in one broad thing that the Bible calls salvation or being saved; getting to heaven. Thus, the Bible presents repentance in conjunction with all these other variables: not as contrary to them. I shall now prove that, with the use of a handy Bible search tool:

Acts 20:21 (RSV) testifying both to Jews and to Greeks of repentance to God and of faith in our Lord Jesus Christ.

Hebrews 6:1 Therefore let us leave the elementary doctrine of Christ and go on to maturity, not laying again a foundation of repentance from dead works and of faith toward God,

Revelation 2:5 [Jesus speaking] Remember then from what you have fallen, repent and do the works you did at first. If not, I will come to you and remove your lampstand from its place, unless you repent.

Acts 2:38 And Peter said to them, “Repent, and be baptized every one of you in the name of Jesus Christ for the forgiveness of your sins; and you shall receive the gift of the Holy Spirit.”

There is no problem whatsoever here, let alone a “contradiction” in the Bible” supposedly, between repentance and any of these other aspects of final salvation. 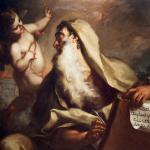 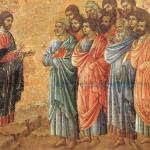 October 26, 2018 Seidensticker Folly #30: Small vs. Great Commission?
Recent Comments
0 | Leave a Comment
"Luke18:15 - Now they were bringing EVEN INFANTS to him that he might touch them; ..."
MurphsLaw What Were the Baptized “Added” to? ..."
"I have not bothered to read Bob in a while now. I kind of threw ..."
Jim Dailey Seidensticker Folly #74: Omniscient God & ..."
"Its funny that the least agreed upon document (On Media) is among the least 'controversial' ..."
Prasanth Vatican II: Documentation of Bishops’ Voting ..."
"It seems to me that Karl Keating is what you would call a 'mild critic' ..."
Prasanth Pope Francis Talks of Gospel Freedom; ..."
Browse Our Archives
get the latest updates from
Biblical Evidence for Catholicism
and the Patheos
Catholic
Channel
POPULAR AT PATHEOS Catholic
1