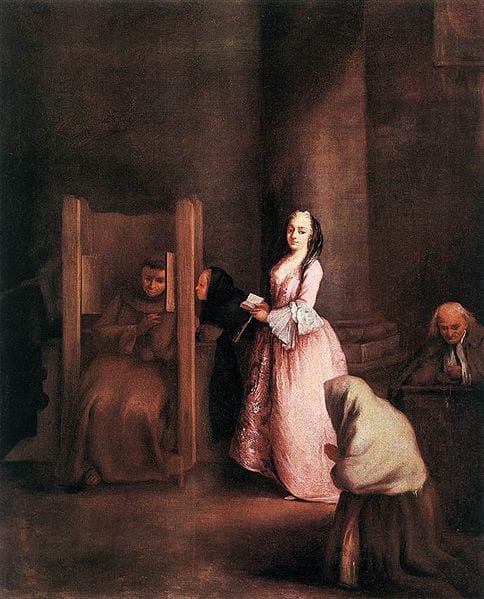 I discovered this information in the book, The Collected Letters of C. S. Lewis, Vol. II: Books, Broadcasts, and the War, 1931-1949, edited by Walter Hooper, HarperSanFrancisco, 2004. Lewis’ words will be in blue.

But at length he stated that the clinching factor for him was “quod unique quod ab omnibus“: which editor Walter Hooper, himself a Catholic, explains in a footnote as “an abbreviated form of the following quotation from St Vincent of Lerins, Commonitorium, ch. 4, section 3: . . . ‘Let us hold on to that which has been believed everywhere, always, and by everyone.’ ” See more on this famous saying that is called the Vincentian Canon, and which has traditionally been treasured by Anglicans as supposedly particularly favoring their own doctrinal positions.

Writing again to Sister Penelope on 4 November 1940 (p. 453) Lewis exclaimed: “we have come through the wall of fire and find ourselves (somewhat to our surprise) still alive and even well.” The fear of possible “egoism” turned out to be a Screwtape-like specimen of “enemy propaganda” since, “everything — even virtue, even prayer — has its dangers . . .”

In a letter to his friend Mary Neylan on 4 January 1941 (“Supplement” section of  Volume III: see information below), Lewis gave a basic explanation, referring to “Confession and Absolution which our church enjoins on no-one but leaves free to all . . . the confessor is the representative of our Lord and declares His forgiveness” (p. 1540).

Writing again to her on 26 April 1941 Lewis stated (p. 481) that practicing confession was “a desire to walk in well established ways which have the approval of Christendom as a whole.”

In another follow-up letter to her on 30 April, Lewis made interesting observations about his confessor, Fr. Walter Frederick Adams, SSJE (1871-1952: see biographical note on pp. 1015-16). The Society of St John the Evangelist was an Anglican society of mission priests and laymen. Lewis noted that Fr. Adams had certain Catholic affinities (p. 482): “The point against Fr Adams is that he is much too close to Rome. I had to tell him that I couldn’t follow him in certain directions, and since then he has not pressed me.” Those perceived reservations expressed, nevertheless Lewis gave him the high compliment: “If I have ever met a holy man, he is one.”

And to Mary Neylan again on 31 January 1943, Lewis gushed (p. 551): “What a mercy to have another’s voice to liberate one from all the endless labyrinths of the solitary conscience!”

In a letter to Catholic priest Don Giovanni Calabria, dated 14 April 1952, upon learning of Fr. Adam’s death (pp. 1015-1016), Lewis’ personal affection was evident: “I feel very much an orphan because my aged confessor and most loving father in Christ has just died. . . . He was a man of ripe spiritual wisdom — noble minded but of an almost childlike simplicity and innocence.”

Further Lewis comments on  confession are to be found in The Collected Letters of C. S. Lewis, Vol. III: Narnia, Cambridge, and Joy 1950-1963, edited by Walter Hooper, HarperSanFrancisco, 2007:

He wrote to Mary Van Deusen on 26 January 1953 about confession: “I think it is a good thing for most of us and use it myself” (p. 285). In a significant two-paragraph section of a letter to the same person, dated 4 June 1953 (p. 320), Lewis agreed with the Anglican policy of making confession “permissible for any” rather than the Catholic “compulsory” practice, and made the wise and practical observations that “many people people do not feel forgiven, i.e. do not effectively ‘believe in the forgiveness of sins’, without it” and that “there is a gain in self-knowledge: most of [us] have never really faced the facts about ourselves until we uttered them aloud in plain words.” Lewis stated that he had “profited enormously by the practice.”

Writing to Harvey Karlsen on 13 October 1961 Lewis noted that he “found great help in monthly confession to a wise old clergyman” (p. 1285).

He again confirms his belief in the corresponding absolution in writing to Mary Willis Shelburne on 17 June 1963: “Your sins are confessed and absolved” (p. 1430). 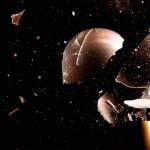 October 7, 2019
Cordial Dialogue with a Deconvert on Deconversion
Next Post 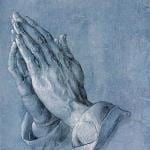 October 8, 2019 C. S. Lewis Believed in Purgatory & Prayer for the Dead
Recent Comments
0 | Leave a Comment
"Pahl seems to be doing serious intellectual work, so I commend him for that. However, ..."
Porphyry “Development By Rectification . . .”: ..."
"Yeah; I certainly wouldn't expect it to be otherwise. An outsider to any field of ..."
Dave Armstrong Early Christology: Development in Relation to ..."
"Interesting article, although I must admit I probably think that because it conforms to my ..."
VicqRuiz Early Christology: Development in Relation to ..."
"I agree. The human person, I believe as you do, is meant for a whole-person ..."
Love God :) Good Internet Discussion & Dialogue Are ..."
Browse Our Archives
Follow Us!

Catholic
Should God the Father be Visually Depicted in...
Biblical Evidence for Catholicism