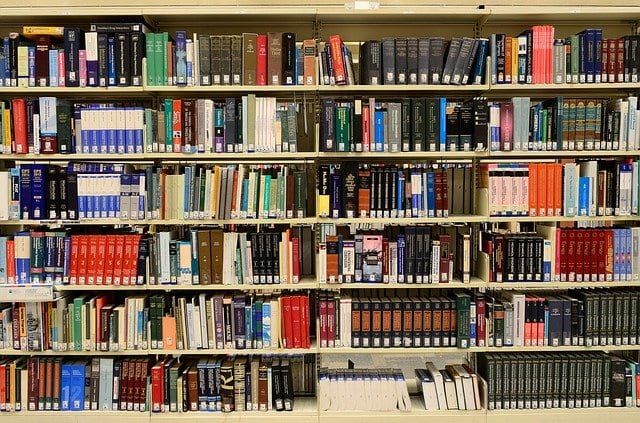 Taylor played the game of amassing an army of his “choir” to pump up the book for the masses on Amazon. That’s capitalism fer ya. I admire it in a weird sort of way. Many of us authors would love to have all these reviews of our books! It creates an appearance that “everyone!” is ecstatic about this ludicrous book.

My New Catholic Answer Bible has been a consistent bestseller for 14 years (published by the largest Catholic publisher: Our Sunday Visitor), but it has mustered up only 181 reviews: coincidentally also 89% 5-star, but these were spontaneous reviews, not arranged beforehand. No one else has anywhere near this number of reviews (and this fast). If we look at, for example, other big pope-bashing books, we find that The Dictator Pope (2018) by Henry Sire has 211 reviews, Lost Shepherd (2018) by Phil Lawler, has 69, The Political Pope (2017) by George Neumayr, 76, To Change the Church (2018) by Ross Douthat, 57, and The Francis Feud (2018) by Karl Keating (in which I was mentioned as a pope-defender, 99 times), garnered 21 reviews.

But of course, pro-Catholic Church apologetics is not nearly as sexy and fashionable as pope-bashing and now even Vatican II-bashing is. How sad, and how low we have sunk since I first had my conversion story printed in Patrick Madrid’s Surprised by Truth: a runaway 1994 bestseller, which even now has 164 reviews. It’s the same in all directions. No one has seen anything like it. For example, Scott and Kimberly Hahn’s Rome Sweet Home has 729 reviews, but that’s since 1993, and he is the most well-known Catholic apologist. And even so, that’s only a little more than half of what “tin foil hat Marshall” has gotten in a little less than seven months. Karl Keating’s Catholicism and Fundamentalism (1988): an immensely important and influential apologetics book, has 208 reviews. Steve Ray’s Crossing the Tiber (1997) has 111. My other three bestsellers in the field have gotten 48, 42, and 21. Super-apologist Peter Kreeft rarely gets over 100 reviews (or anywhere near it) for any of his scores of books.

Okay, so this is pretty funny. It seems that ‘INFILTRATION’ by Dr Taylor Marshall has struck a raw nerve among ‘conservative’ Catholics — who are all loudly online insisting that it’s all ‘conspiracy theories’ and that they won’t read it and no one else should.

Unfortunately for them, their wailing is having the opposite effect — it’s DRIVING sales.

Take a look at this on Amazon: nearly 900 FIVE STAR REVIEWS in THREE DAYS!

Our sources say sales are through the ROOF.

That God certainly has a sense of humor, doesn’t he?

But (sorry to inform them) it’s a flat-out falsehood. I let them know on their page, writing (in a comment — almost needless to add — that was removed within four days):

Yes, of course it has almost 1000 reviews, because this was all orchestrated beforehand in a campaign to give followers a copy in exchange for a review. It has nothing to do with opposition supposedly driving sales. I hate to bust your bubble, . . .

Don’t wanna believe me, cuz I am a critic? We know that he did this because it is documented from his website. It was called “Dr. Taylor Marshall’s Infiltration Launch Team”. The page was removed (for some odd reason), but fortunately, Internet Archive preserved one copy of it, dated April 5, 2019 (it was initially posted on 4-3-19).

Er, congratulations on discovering what is a standard approach to publishing books these days. And, your flowery language aside, the pool of ‘desperate predeposition’ includes a whole LOTTA normal Catholics. But what interests us most is where YOUR paycheck is drawn from?

And I responded: “Nice try. You stated: “their wailing is having the opposite effect — it’s DRIVING sales.” I showed that it had nothing to do with that. Switching the subject doesn’t rectify your mistake.”

At the very end, the book includes a list of the alleged members of the “Infiltration Launch Team” who are said to have read the book prior to publication and to be helping in promotion. It may be an unprecedented step in publishing, since I estimate the number of names at over 2,000. But again, from what pool of desperate predisposition were these people drawn?

Thank you for wanting to join our Launch Team for Infiltration: The Plot to Destroy the Catholic Church from Within. We are looking for 200 “Launch Team” advanced readers who are:

1. willing to read a private (do not share) advanced copy of the book in pdf format,
2. give us feedback,
3. write a review of Infiltration on Amazon.com
4. and help promote it when it debuts on May 20 2019 (tentative publish date).

If we select you, then your name will be printed on the last page of the book with a “Thank you” from me.

If you are willing to help me promote the book, please fill in the forms below and we will notify you within the week if you have been selected.

Please apply to be one of the 200 members for Taylor Marshall’s new book: “Infiltration: The Plot to Destroy the Catholic Church From Within.” This book traces the infiltration of the Catholic priesthood going back to the 1800s and up through the 1960s and Sankt Gallen election of Jorge Bergoglio as Pope Francis.

Have you read a book by Dr Taylor Marshall before?*

Yes, I’ve read at least one.

No, I have not any of his books.

Dr. Marshall has 8 books? Have you already read one? You won’t be disqualified for not having read one of his books, but we’d like to know.

If you have read a Marshall book, which one? (select all that apply with right click or “command” click)*

Yes, I was part of a previous Launch Team

No, I was NOT part of a previous Launch

Being part of the original Launch Team increases your chances for being chosen for this Launch Team.

Are you willing to have your name printed in the text of the book?*
Yes, print my name in the book as a Member of the Launch Team

No, I don’t want my name acknowledged in the book.

Are you willing to read your advanced digital copy of “Infiltration” book in under 1 week so that you have it read before it goes to the public?*

You will be thank by name on the last page of the book Infiltration.

Yes, I will help promote the book

No, I will NOT help promote the book

Are you willing to write a review of “Infiltration” book on amazon.com*

Yes, I’d be delighted to right a review of the novel on amazon.com

No I won’t write a review of the book on amazon.com

Yes, I have an account (I’ve purchased or reviewed something on amazon before)

No, I’ve never used amazon.com before.

Where do you live in the world?*

City, State, Nation (eg, Dallas, Texas, United States)Thank you for submitting. If we choose you for a free book and your name in the book, we will be in touch soon. Please submit below:

This is fully confirmed in the book itself, at the end:

“A Special Thanks to Our Launch Team

“A special thanks to our Infiltration Launch Team who read this book before publication and also helped us with promotion. Thank you for your time, input, and enthusiasm.

Now, to be perfectly fair, I have already stated (in one of my articles about the book) that there is nothing wrong per se, with asking folks to promote one’s book: on Amazon or elsewhere. And other Catholic authors have done this. For example, Karl Keating was asking people to write reviews of his book against geocentrism: and to do it as soon as it appeared on Amazon. I gladly complied and wrote a review.

So it’s nothing new or even blameworthy. It’s just that no other Catholic author that I’m aware of has been so wildly successful with the strategy.

My only objection is the leaving of an impression to the casual observer that 840 reviews in nine days’ time since a book has been published, are a spontaneous outpouring of the Catholic community as a whole, which is supposedly passionately responding en masse to this marvelous book that finally “tells the truth.”

That is not true, and it should be noted and made much more clear, therefore, that this was a deliberate, planned effort, and comes directly from his clonelike fan club, who clearly accept every word of his (or almost every one) as pearls of wisdom.

Gotta give the guy credit for the effort and the chutzpah. Again, that’s capitalism. But folks are also entitled to know why there are so many salivating reviews, and what originated them (free review copies for every reviewer: many of whom simply put up a sentence or two). 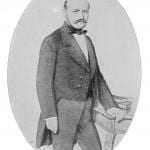 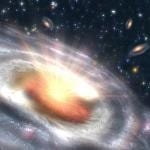 December 11, 2019 Vs. Atheist David Madison #38: Who is Insulting Intelligence?
Recent Comments
0 | Leave a Comment
Browse Our Archives
get the latest from
Biblical Evidence for Catholicism
Sign up for our newsletter
POPULAR AT PATHEOS Catholic
1