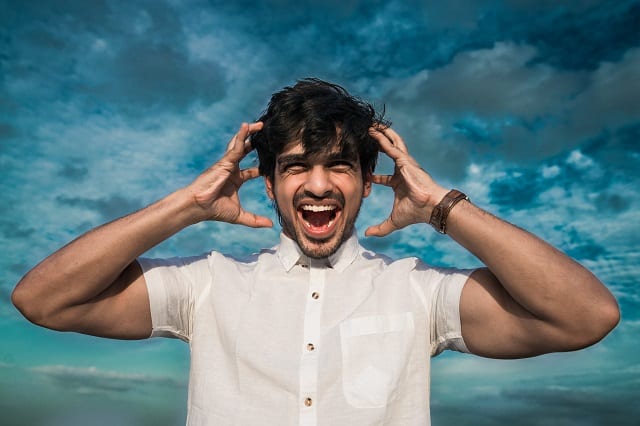 Bob’s cowardly hypocrisy knows no bounds. Again, on 6-30-19, he was chiding someone for something very much like he himself: “Spoken like a true weasel trying to run away from a previous argument. You know, you could just say, ‘Let me retract my previous statement of X’ or something like that.” Yeah, Bob could!  He still hasn’t yet uttered one peep in reply to — now — 45 of my critiques of his atrocious reasoning.

It’s been a couple years, I think. I was commenting underneath an article by atheist Neil Carter, entitled, “What Atheists Wish Christians Knew About Them” [link] Bob’s words will be in blue.

I thank you for writing this and will share it on my Catholic Facebook page [which I did] because I think it is important that human beings understand those who are different from them.

I can’t help but notice the irony, however, that even when the writer of such an article is not an anti-theist, as you say about yourself, the combox below the article is (inevitably?) full of anti-theists and the usual echo chamber-type yucking it up and mockery of Christians and Christianity. I’ve never seen an atheist combox that wasn’t like that. Does one exist anywhere?

I wasn’t discussing Christian blogs, but since you brought it up (and since I’m banned on yours),

You say that as if I haven’t been banned on yours. Twice.

I heartily agree that almost all Christian blogs have worthless comboxes as well (inter-Christian squabbles are as boorish and tedious as atheist-Christian ones: believe me!).

For those sites (STR, Cold Case Christianity, and many others) without commenting features, I think I can see their reasoning. They want a monologue rather than a dialogue. Of course, the rules are theirs to set, and I’m free to go elsewhere, so I can’t complain. Still, I do sense that part of that motivation is the realization that they couldn’t win a fair fight and must rig the game.

My own is welcoming of those of all beliefs under the sun, as long as they behave in a civil fashion.

Hence, recently, I’ve been in discussion with two atheists: “gusbovona” (also active on your blog), who enjoyed the discussion (said so), as did I. I just put up our exchange two days ago. We were discussing my response to one of your arguments (since you have refused to reply to now 44 of my critiques of your stuff, after directly challenging me to critique it).

Ironic, isn’t it? I respond to what seems like countless Christian articles, and I rarely get a Christian responding to my stuff. I live for debate. And I finally find someone who has written, apparently, 44 replies, but I have zero interest in engaging. Ain’t life crazy?

The other one goes by “abb3w”.

Yes, those are thoughtful commenters.

Perfectly amiable, non-insulting discussion. It’s a joy to me when this happens. Therefore, I hang out on my blog, where such discussion actually exists. Granted, it’s relatively rare (because few atheists want to actually talk to and dialogue with us Christians), but the possibility is always there, if any atheist wants to come and discuss things. As long as they don’t start insulting and mocking, they are always welcome (serious, constructive, inquiring, person-to-person dialogue). But if they do act up, I will ban (just as you do yourself).

Let’s not imagine a perfect symmetry here. I’m very slow to ban. Perhaps you’ve seen commenters complain about that (and they are likely correct). Before I do ban, I almost always coach the offender with the good behavior I’m looking for. Unfortunately, they have never reformed.

I’ve banned many more Christians than atheists. When you banned me from your site, I was in a serious, amiable discussion with someone else there. But you didn’t want that to take place, I guess, so you hit the eject button.

Yeah, seeing you have a fruitful conversation must’ve been too much for my stony heart. I confess that I don’t remember the details of either banning. I think an objective observer would see the unfairness differently than you do.

When I banned you from my site, it was because you violated my ethical guidelines, as I explained at length at the time. I’ve also written several articles of a conciliatory nature, regarding atheists:

[the above material was all (initially) posted on Neil Carter’s site. When I went to respond to Bob’s second reply, I discovered that Neil had banned me, too, and deleted my comments. Very impressive. But here is the reply I (would have) made, if I was allowed to]:

As I have said, I explained why you were banned. You violated my ethical standards for conduct (precisely as you think I did on your blog). It has nothing to do with what you believe, and certainly not for any imagined prowess in argument that you think you have against Christianity. I have refuted you 44 times now without reply. But I’m scared of you, according to you.

That’s certainly an interesting “see no evil / hear no evil” spin that the facts massively refute. But carry on. Should you ever decide to engage my critiques and live up to your triumphalistic rhetoric I’d be more than happy to counter-reply.

[meanwhile, Bob, thinking I deleted my own comments and not knowing I was banned, posted further]:

(Dave deleted his comment above.) It is odd how memories differ. In Dave’s mind, he has a well-publicized and quite reasonable list of rules that any civil person would want to follow, but I just couldn’t be bothered. And he was a gentleman on my site, but I just couldn’t tolerate him making so much gosh-darned sense. My memories are rather different.

I’ll let you, dear reader, detect and enjoy the numerous delicious ironies and ludicrous hypocrisies in this incident with regard to both Bible-Basher Bob and Hair-Trigger Neil Carter. These are the folks who are supposedly so vastly intellectually superior to us poor, lowly Christians? This is how they act? I had critiqued Neil as part of my previous critique of bob, on the issue of the “zombies” who rose from the dead: described in Matthew 27:51-53. Apparently, that critique was too much for him to take, and so he decided to ban me and try to forget that it ever happened.

Not impressive . . . If one has a case, then they defend their arguments in the face of criticism, rather than ban and flee for the hills and hope  their readers never saw their arguments being roundly refuted. 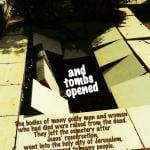 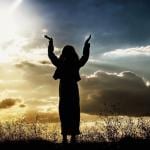 August 31, 2020 Seidensticker Folly #47: Does God Need Praise?
Recent Comments
0 | Leave a Comment
"I would deny that this statement denies Petrine Primacy. They are of equal honor, insofar ..."
Dave Armstrong Vatican II: Documentation of Bishops’ Voting ..."
"The irony is that it is a very traditional thing to say for a Pope ..."
Caritas Pope Francis Did NOT Say EWTN ..."
"It's difficult to interpret Pope Francis' comments as to mean anything other than attacks upon ..."
Eliza Pope Francis Did NOT Say EWTN ..."
"Dave, how will you respond to the claim that the Council of Ephesus rejected Petrine ..."
Prasanth Vatican II: Documentation of Bishops’ Voting ..."
Browse Our Archives
get the latest updates from
Biblical Evidence for Catholicism
and the Patheos
Catholic
Channel
POPULAR AT PATHEOS Catholic
1