Thoughts on Philosophical Theology & the Eucharist 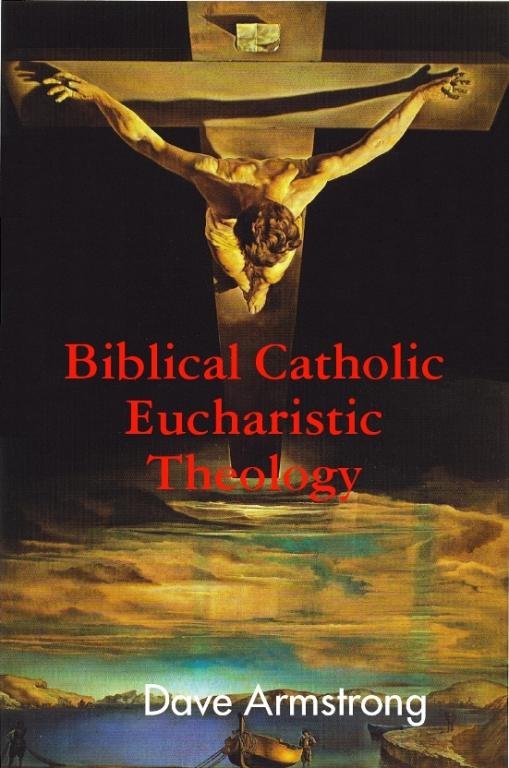 St. Paul wrote that those taking the bread and cup “in an unworthy manner” were “guilty of profaning the body and blood of the Lord” (1 Cor 11:27-30; cf. 1 Cor 10:14-22). Does he “need” the Aristotelian philosophy of substance and accidents to know this? No. He doesn’t even need Stoic or Epicurean or Platonic philosophy. He doesn’t need any philosophy at all. All he needs is Jewish realism, just as when he was converted, Jesus told him he was persecuting Him (Acts 9:3-6). Paul was persecuting the Church (Acts 8:3).

The Church is the Body of Christ, in this incarnational, sacramental, biblical way of thinking. It is Jewish realism and historicism taken to another spiritual level. John 6 and the Last Supper accounts, as well as Paul’s literalism above, make eucharistic realism quite easily ascertained, which is why no one of note denied the doctrine until the Protestant Zwingli in the 16th century. Even Luther left it untouched and damned to hell all those who denied it. The fathers unanimously took the literal view of the Eucharist.

Nothing in Paul’s discussion of the Eucharist goes against a straightforward literal interpretation. If I referred to “the body and blood of Dave Armstrong,” people would know exactly what that meant. If I complained that “my body aches today,” no one would take that merely symbolically or “spiritually” or “mystically.” If I mentioned that “I gave blood at the Red Cross” I dare say that not a single person would think I was only speaking allegorically. Yet when Jesus says, “This is My Body” and “This is My Blood” at the Last Supper, all of a sudden many people think it is a spiritual, non-physical, symbolic meaning only.

The Last Supper was an observance of the Jewish Passover. The sacrifice of the lamb (Jesus) — following Jewish ritual and ceremonial practices — was quite real. That wasn’t symbolic. Yet Jesus’ Body and Blood are reduced to mere symbols. Why should symbol be more impressive or “spiritual” than physical, concrete reality? I think the tendency to anti-sacramentalism in Protestantism is ultimately (by logical reduction) anti-incarnational and a derivative of the antipathy to matter of ancient heresies such as the Docetics and Gnostics.

In any event, one can believe in the literal, substantial Eucharist without a whit of philosophical knowledge, just as one can believe in the Trinity or the Incarnation without the slightest knowledge of the hypostatic union, homoousios, filioque, kenosis, etc. The puddle of Christianity (as the proverb goes) is shallow enough for a child to play in and deep enough for an elephant to drown in.

The central point isn’t the philosophical categories, but that Jesus is truly present, Body, Blood, Soul, and Divinity. The Orthodox and the Lutherans are realists, too; they simply use different words and expressions. All agree that it is ultimately a great mystery. We merely try to explain or comprehend it in a bit more detail.

Orthodox object to our alleged “hyper-rationalism,” yet they get into quite technical detail also when they discuss the filioque, the Divine Energies, and theosis, or divinization. Excessive “rationalism,” then, is often in the eye of the beholder.

Does anyone wish to contend that the Holy Eucharist can’t be understood or believed at all without taking four philosophy courses: philosophy of language, epistemology, logic, and analytic philosophy? I deny it. I think many Protestant apologists are approaching this issue far too “academically” or “philosophically”.

The philosophy has been raised to too high a level once again, usurping the place of faith and common sense. And we Catholics stand by common sense. To wax somewhat “Chestertonian”: Common sense is far better than uncommon lack of sense.

Catholic sacramentalism and incarnational theology maintain that the symbol or sign is also a reality. The separation whereby all symbols are opposed to realism, is what we oppose. Jesus compared His Resurrection to the “sign of Jonah.” But it was literal. Augustine could speak of the Eucharist as both a sign and a physical reality. The two are not mutually exclusive.

We must not yield up such a fundamental doctrine and rite of Christianity to relativism and “diversity.” It’s clear enough what the Church believed through the centuries on this, without a necessity for Aristotelianism to be brought into the discussion.

If we were to observe Jesus as a fetus, would we be able to ascertain that He had come about in a way other than the usual natural meeting of sperm and egg? Could we prove that the burning bush was somehow to be equated with the Creator of the Universe? How would someone falsify the multiplication of the loaves and fishes?

How could someone prove that the atonement and redemption of all mankind is occurring by observing an itinerant preacher being put to death on a cross: just one of many thousands who endured the same horrible end at the hands of the Romans? How is that falsifiable? One can’t prove that the water used in baptism has power by taking it immediately off the head of a baby and analyzing it chemically.

Christianity is an empirical, concrete, practical religion. But it is not always. The foundational doctrines of Christianity cannot be proven empirically. How does one prove that Christ redeemed the world? How can the Holy Trinity itself be either proven or falsified, apart from revelation and faith? Such skepticism about the Eucharist would also exclude the atonement, the incarnation, the virgin birth, etc. (by placing them in the same “absurd” category — qua miracles — as transubstantiation). Yet some seem to deny that the Eucharist is a mystery at all.

Unfortunately, Money Trees Do Not Exist: If you have been aided in any way by my work, or think it is valuable and worthwhile, please strongly consider financially supporting it (even $10 / month — a mere 33 cents a day — would be very helpful). I have been a full-time Catholic apologist since Dec. 2001, and have been writing Christian apologetics since 1981 (see my Resume). My work has been proven (by God’s grace alone) to be fruitful, in terms of changing lives (see the tangible evidences from unsolicited “testimonies”). I have to pay my bills like all of you: and have a (homeschooling) wife and three children still at home to provide for, and a mortgage to pay.
*
My book royalties from three bestsellers in the field (published in 2003-2007) have been decreasing, as has my overall income, making it increasingly difficult to make ends meet.  I provide over 2600 free articles here, for the purpose of your edification and education, and have written 50 books. It’ll literally be a struggle to survive financially until Dec. 2020, when both my wife and I will be receiving Social Security. If you cannot contribute, I ask for your prayers (and “likes” and links and shares). Thanks!
*
See my information on how to donate (including 100% tax-deductible donations). It’s very simple to contribute to my apostolate via PayPal, if a tax deduction is not needed (my “business name” there is called “Catholic Used Book Service,” from my old bookselling days 17 or so years ago, but send to my email: apologistdave@gmail.com). Another easy way to send and receive money (with a bank account or a mobile phone) is through Zelle. Again, just send to my e-mail address. May God abundantly bless you.
*
***
Previous Post 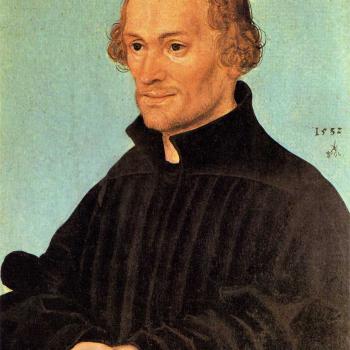