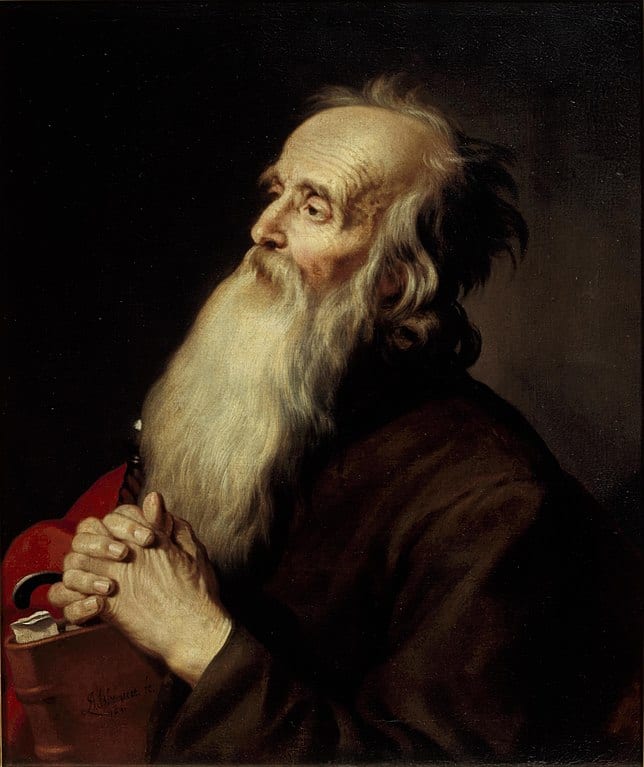 2 Thessalonians 2:15 (RSV) So then, brethren, stand firm and hold to the traditions which you were taught by us, either by word of mouth or by letter.

It’s the fact that Paul is an apostle (and the apostle, according to Protestants) and he is saying, “I have this tradition that I have passed on to you, both in writing and orally. Keep it.” That’s not sola Scriptura, any way you look at it.

So the Protestant who defends Protestantism against us “unbiblical” Catholics will retort: “well, whatever God wanted to be binding He made sure would be inscripturated.” In fact, a guy who goes by “excatholic4christ” made pretty much exactly this unbiblical argument, just yesterday:

It’s true that the Lord Jesus did not commit His teachings to writing during His earthly ministry. He communicated His teachings orally to His apostles and disciples. The apostles and disciples then committed the Gospel accounts of Christ’s ministry and His teachings to writing through the divine inspiration of the Holy Spirit over a span of about forty years, beginning in the late 40s or early 50s and ending in the early 90s. The infant church absolutely depended on the oral teachings of Paul and the other apostles, but as the inspired Gospels and apostolic epistles were written and circulated throughout the church, apostolic oral teaching ended with the deaths of the apostles. God’s Word is the sole authority for Christians and all that we need.

But this argument is self-defeating, because the notion of “inscripturation” is not found anywhere in the Bible. Therefore, it’s merely an extrabiblical tradition of men, which is precisely the thing that the Protestant is excluding by his guiding principle of sola Scriptura.

So it’s a vicious logical circle. You can’t appeal to tradition in order to uphold Scripture Alone. By definition and category distinctions, you must appeal only to Scripture to uphold the notion that only biblical teachings are binding and infallible. If you appeal to a non-biblical tradition to do that, then you are forced to redefine your rule of faith and it’s no longer sola Scriptura as we know and love it.

One can quibble about exactly what teachings Paul was passing along (and which ones he was not), but it’s beyond doubt that he was passing them along, and not by the method of sola Scriptura.

James White’s Critique of My Book, The Catholic Verses: Part I: The Binding Authority of Tradition [12-30-04] 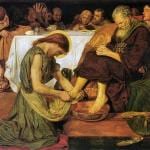 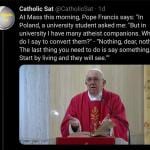 April 28, 2020 Pope, Peter, & Paul: Evangelize; Don't Proselytize
Recent Comments
0 | Leave a Comment
"Before the Pope or Archbishop Cordeleone criticize anyone for supporting a woman’s right to choose ..."
Silverwolf13 Did Pope Francis Rebuke Pelosi Re ..."
"The Assyrian Empire was seen as such a hotbed of immorality that god sent Jonah ..."
Silverwolf13 Did Pope Francis Rebuke Pelosi Re ..."
"That's a fair point and I will change it and add some Greek word study ..."
Dave Armstrong Pearce’s Potshots #50: Obsession w NT ..."
"Yea.. I tend to be skeptical of these kinds of "parallels" since it can be ..."
OverlappingMagisteria Pearce’s Potshots #50: Obsession w NT ..."
Browse Our Archives
get the latest updates from
Biblical Evidence for Catholicism
and the Patheos
Catholic
Channel
POPULAR AT PATHEOS Catholic
1