Exodus: Gods and Kings: new interviews and behind the scenes footage in the electronic press kit 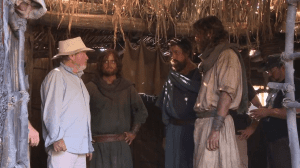 The electronic press kit for Exodus: Gods and Kings is here, and with it, some new behind-the-scenes footage that hints at things we have not yet seen in any of the ads or clips released so far. It also has lots of soundbites from key cast and crew members. Check it out below the jump.

First, before I get to the videos themselves, I’d like to highlight a few things that stood out to me from the B-roll. None of the shots below are actual clips from the film — you can see various crew members in the shots, as well as the occasional bit of green screen — but they give you a sense of what we might see in the finished movie. 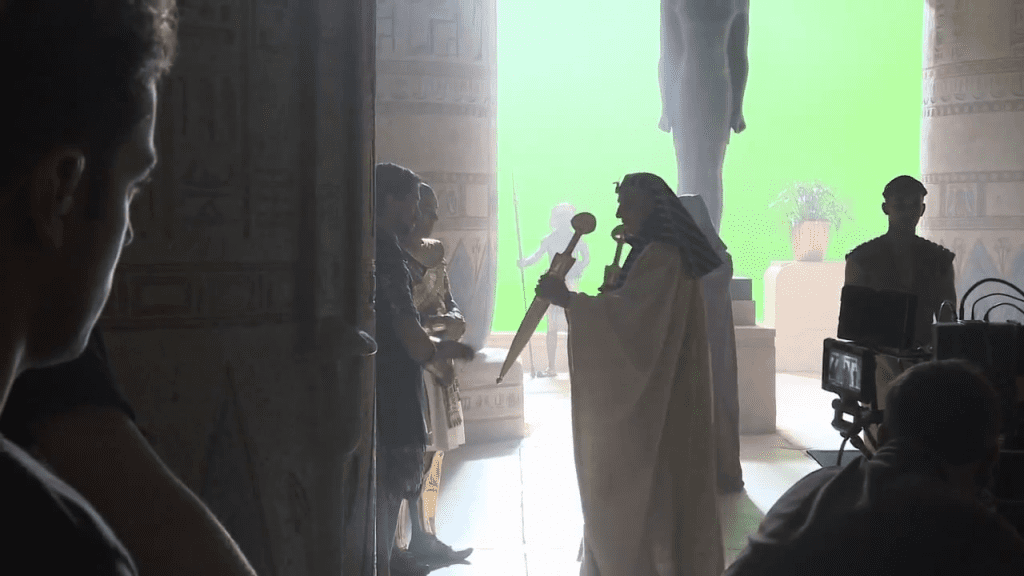 Ramses expresses dissatisfaction with the speed at which his new city is being built: 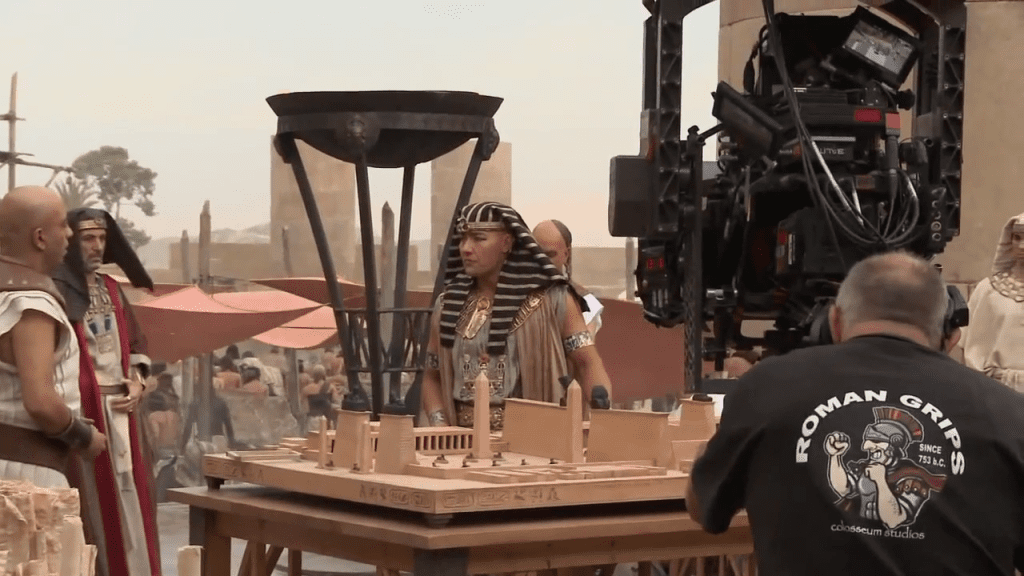 Joshua and some other dust-covered Hebrews return home: 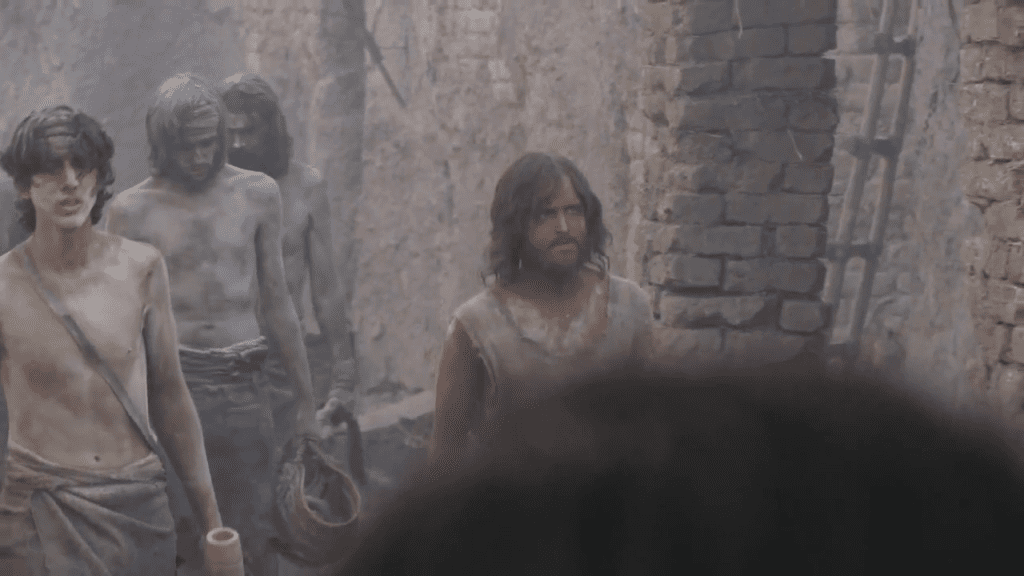 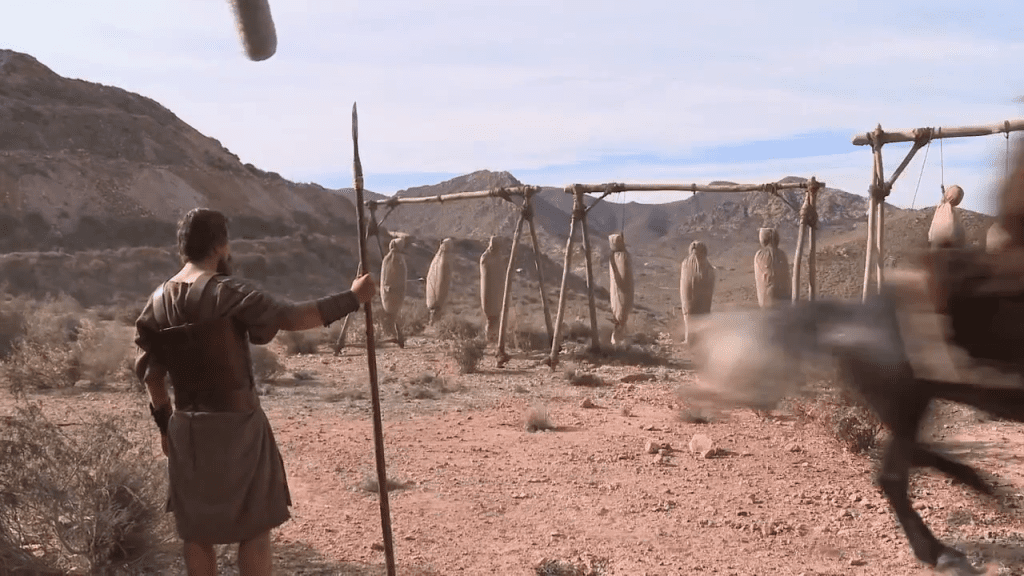 Ramses prepares to execute three Hebrews, and tells the crowd: “This is not Moses! This is not his family! This is a man, his wife, and his child, who when asked the simple question, ‘Where is he,’ answered, ‘We don’t know.'” 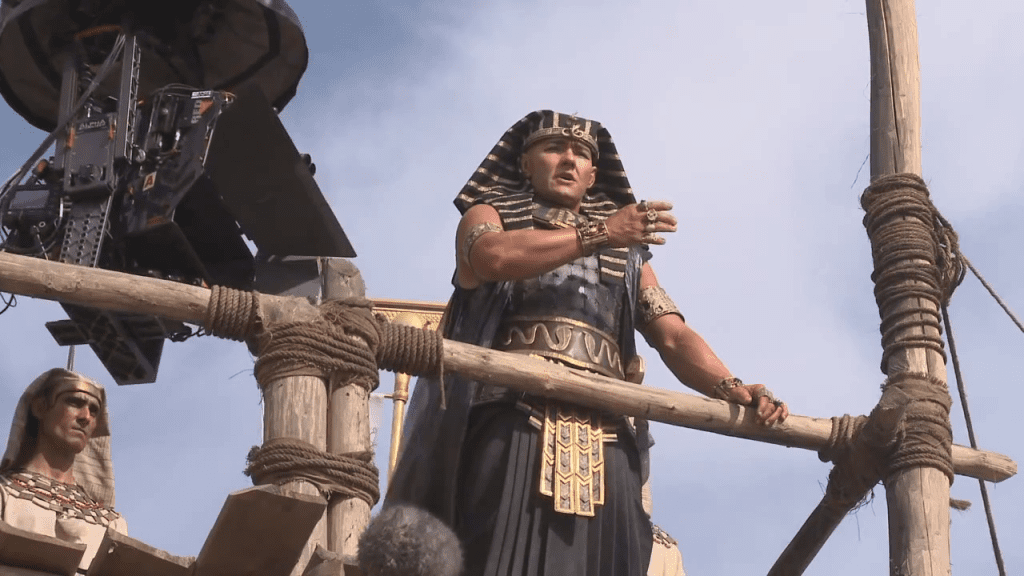 Nefertari wakes up to discover frogs in her bed, and as she screams, Ramses walks into the room, soothing their baby. (Can you imagine Yul Brynner doing that?) 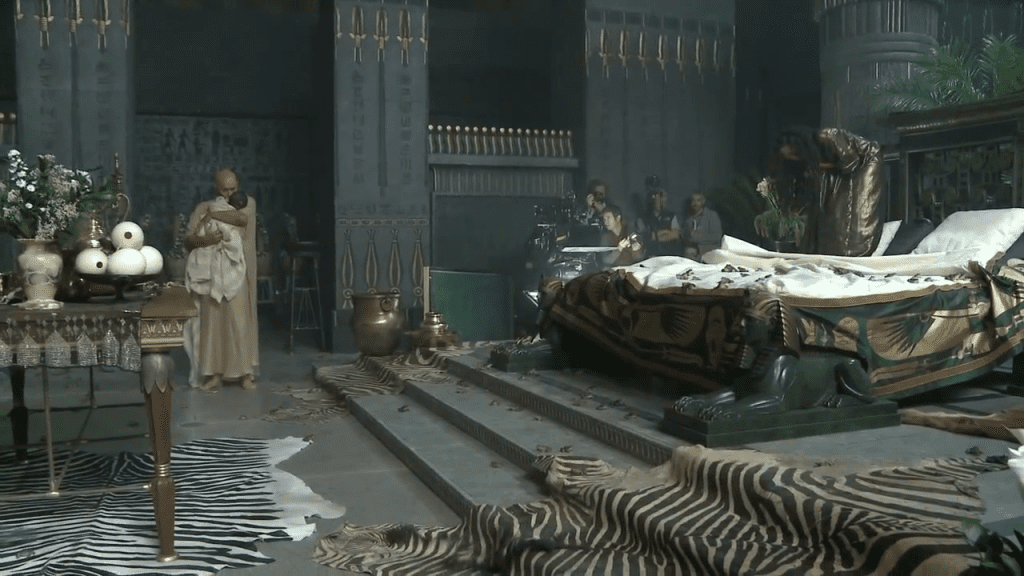 Ramses holds his son again, but in mummified form, and walks up to Moses: 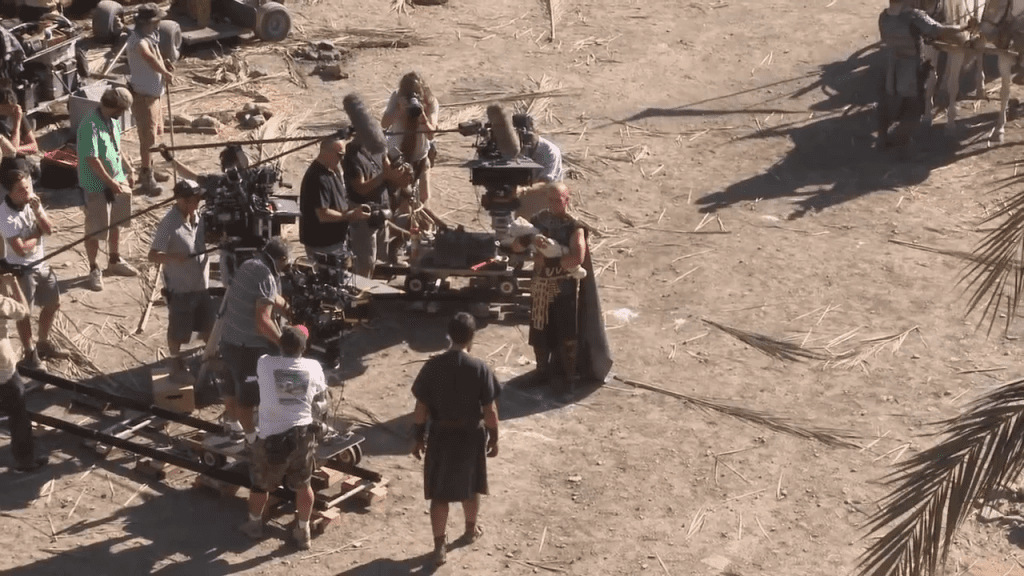 Christian Bale and Joel Edgerton float in a water tank — presumably while shooting whatever happens after the Red Sea comes crashing down on both of them. (The Moses of this movie won’t be safely on the other side when the waters return!) 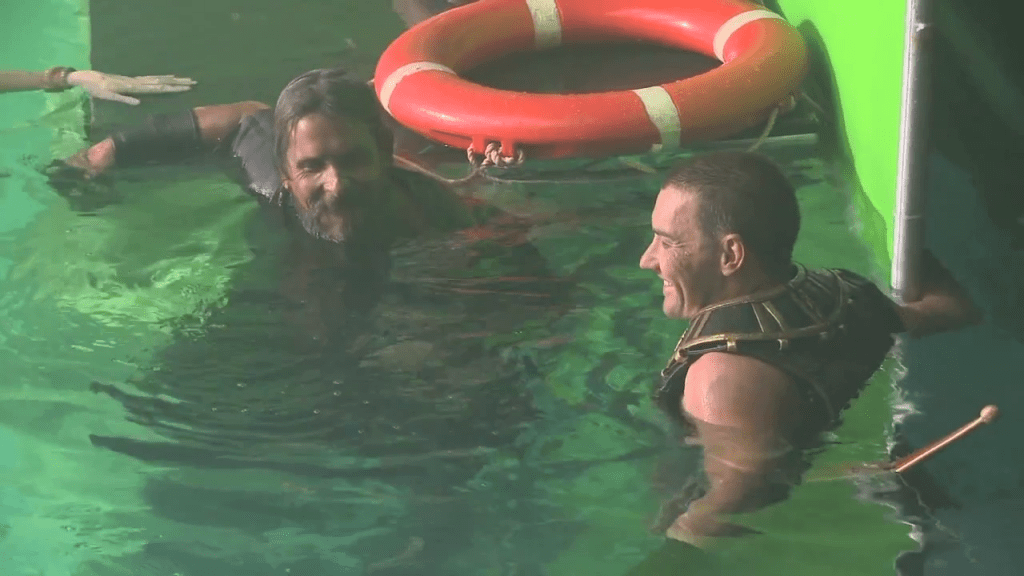 And now for all the video clips.

Christian Bale, who plays Moses (he says Seti dies “leaving his empire in a way that he’s not very satifised with, in knowing that Ramses will take over”, which would seem to scuttle my theory that Seti will be assassinated a la Marcus Aurelius in Gladiator):

And here’s the B-roll footage again, divided into three parts:

November 26, 2014 New film based on John's gospel comes to Netflix next week
Recent Comments
0 | Leave a Comment
Browse Our Archives
Follow Us!