Each title is linked to an info-page, which includes all purchasing options (paperback and several e-book formats).
*
For more information, see my master books page (all books in all formats) and my e-booksite (deep discount e-books in four different formats: only $2.99).
* * * * *
A Biblical Defense of Catholicism (#1; completed in May 1996; self-published: Oct. 2001; Sophia version: June 2003)
Demonstration of the unique harmony of Catholic doctrines  with Holy Scripture; includes Bible passages from 229 of the 260 chapters in the New Testament.

Bible Conversations: Catholic-Protestant Dialogues on the Bible, Tradition, and Salvation (#3; June 2002)
Perhaps the three “hottest” topics in Catholic apologetics are dealt with in a dialogue format, from actual discussions engaged in online with Protestants.

Development of Catholic Doctrine: Evolution, Revolution, or an Organic Process? (#4; June 2002)
Why does the Catholic Church and her doctrines appear different in many ways from the early Church? Development of doctrine is a crucial explanatory key.

The Catholic Answer Bible (#7; Sep. 2002)
My 44 “inserts” only, from this Bible. Each devotes one page to common apologetics issues, with explanation, and Scripture and Catechism passages.
Family Matters: Catholic Theology of the Family (#8; Dec. 2002)
Catholic and biblical analyses of the family-related issues of abortion, contraception, extramarital sex, divorce, homosexuality, and radical feminism.

Reflections on Radical Catholic Reactionaries (#9; Dec. 2002; rev. Aug. 2013)
Critique of “traditions of men falsely made out to be the only proper traditions of the Church”: the faulty and erroneous use of dogma and private judgment.

Protestantism: Critical Reflections of an Ecumenical Catholic (#10; May 2003)
Multi-faceted commentary on the various flaws and errors of Protestantism, in the style of Pascals Pensees: categorized brief thoughts or sayings.
Twin Scourges: Thoughts on Anti-Catholicism & Theological Liberalism (#11; June 2003)
Critique of two very serious errors: that Catholicism is not truly Christian, and that one can pick and choose or modify Catholic doctrines as they so choose.
Orthodoxy and Catholicism: A Comparison (#12; July 2004; 3rd edition: July 2015)
Examination of key differences between Catholicism and Orthodoxy (especially in its anti-Catholic form), due largely to the split in the eleventh century.
The Catholic Verses: 95 Bible Passages That Confound Protestants (#13; August 2004)
A critical look at how Protestant apologists deal with (or try to dismiss) Bible passages used by Catholics in defense of doctrines that Protestants reject.
The One-Minute Apologist: Essential Catholic Replies to Over Sixty Common Protestant Claims (#14; May 2007)
Two-page standardized treatments of sixty-one major issues that divide Protestants and Catholics; somewhat like the format of St. Thomas Aquinas.
Catholic Church Fathers: Patristic and Scholarly Proofs (#15; Nov. 2007)
Collection of writings from the Church fathers that exhibit support of distinctively Catholic doctrines and rejection of distinctively Protestant ones.
Martin Luther: Catholic Critical Analysis and Praise (#16; April 2008)
Examination of the founder of Protestantism and critique of errors in his thinking; also includes a lengthy section enumerating agreement with Catholicism.
The Wisdom of Mr. Chesterton: The Very Best Quotes, Quips, and Cracks from the Pen of G. K. Chesterton (#17; Oct. 2008; published Dec. 2009)
Collection of quotations from the great writer who is widely considered the preeminent Christian and Catholic apologist in the first third of the 20th century.
Bible Proofs for Catholic Truths: A Source Book for Apologists and Inquirers (#18; April 2009; published in August 2009)
Over 2,000 Bible verses presented in their entirety and specifically categorized in order to provide abundant biblical support for various Catholic doctrines.
Biblical Catholic Answers for John Calvin (#19; March 2010)
Point-by-point critical analysis of Book IV of John Calvin’s magnum opus, “Institutes of the Christian Religion.” Includes a section of areas of agreement.
“The Catholic Mary”: Quite Contrary to the Bible? (#20; Sep. 2010)
Devoted to demonstrating the abundance of biblical support for the many areas of Catholic Mariology that are considered “unbiblical” and “controversial.”
Science and Christianity: Close Partners or Mortal Enemies? (#21; Oct. 2010)
By massive linking to Wikipedia science articles and biographical treatment of great scientists, Christianity and science are shown to be entirely compatible.
Biblical Catholic Salvation: “Faith Working Through Love” (#22; Oct. 2010)
The theology of salvation from a Catholic perspective, overwhelmingly emphasizing biblical arguments. Includes 100+ pages critiquing the Calvinist TULIP.

Biblical Catholic Eucharistic Theology (#23; Feb. 2011)
A treatment of many important aspects of Catholic beliefs regarding the sacrament of the Holy Eucharist, with strong emphasis on biblical argumentation.

The Quotable Newman: A Definitive Guide to His Central Thoughts and Ideas (#24; Aug. 2011; published Oct. 2012)
Collection of quotations from this giant of 19th century Christianity: a brilliant thinker, preacher, apologist, teacher and famous convert to Catholicism.

100 Biblical Arguments Against Sola Scriptura (#25; Nov. 2011; published May 2012)
It’s all summed-up in one “powerhouse” of relentless biblical critique of one of the “pillars of the Reformation”: that amazingly lacks any biblical support.
Classic Catholic Biblical Apologetics: 1525-1925 (#26; Feb. 2012)
Arguments from 12 great apologists: More, Erasmus, Suárez, Francis de Sales, Bossuet, Pascal, Wiseman, Ullathorne, Benson, Gibbons, Prat, and Adam.
Biblical Evidence for the Communion of Saints (#27; Feb. 2012)
Biblical arguments garnered in support of invocation, intercession, and veneration of saints, images, relics, purgatory, prayer for the dead, and penance.
Biblical Proofs for an Infallible Church and Papacy (#28; March 2012)
The controversial beliefs of papal primacy, headship, and infallibility, are examined in-depth from Scripture, showing their complete harmony with the Bible.
The Quotable Wesley (#29, May 2012; published April 2014)
Quotations from the wise and spiritual Anglican founder of Methodism, and zealous Christian reformer and evangelist; many affinities with Catholicism.
Beatles, Motown, Beach Boys, Etc.: Classic Rock Discographies, Commentary, and Mono vs. Stereo Analysis (#30; May 2012)
A fun non-theological book that delves into various aspects of classic rock music, especially the Beatles and Beach Boys and their remastered songs.
Pillars of Sola Scriptura: Replies to Whitaker, Goode, & Biblical “Proofs” for “Bible Alone” (#31; July 2012)
Critical analysis of the biblical arguments(or lack thereof) in favor of “sola Scriptura” from the two men who are considered its very best historical defenders.

The Quotable Augustine: Distinctively Catholic Elements in His Theology (#32; Sep. 2012)
Quotations from St. Augustine: widely considered the greatest Church father, and often claimed as the direct forerunner of Reformed Protestantism.
A Biblical Critique of Calvinism (#33; Oct. 2012)
Critical analysis of various questionable aspects of Calvinist or “Reformed” theology, including many lengthy replies to Books I-III of Calvin’s “Institutes.”
Theology of God: Biblical, Chalcedonian Trinitarianism and Christology (#34; Nov. 2012)
Thorough presentation of biblical arguments in favor of trinitarianism, the divinity or deity of Christ, and classic orthodox theism. Bible verses in their entirety.
Mass Movements: Radical Catholic Reactionaries, the New Mass, and Ecumenism (#35; Dec. 2012; rev. Aug. 2013)
A look at dubious beliefs on the extreme “right” of the Catholic theological spectrum, and why its “quasi-schismatic”, pharisaical, rigorist views are wrong.
The Quotable Summa Theologica (#36; Jan. 2013)
A helpful alphabetical summary of the theological ideas and arguments of St. Thomas Aquinas’ masterwork, designed to make his thought more accessible.
Biblical Catholic Apologetics: A Collection of Essays (#37; March 2013)
Selection of some of the best Dave Armstrong’s numerous theological and apologetic arguments, on a wide variety of issues: always emphasizing the Bible.
Catholic Converts and Conversion (#38; April 2013)
Many aspects of the journey to Catholicism examined, conversion stories, and the most extensive account of Dave Armstrong’s own conversion (75 pages).
The Quotable Eastern Church Fathers (#39; July 2013)
Writings of 8 Church Doctors: Basil, John Chrysostom, Gregory Nazianzen, Athanasius, Cyril of Alexandria, Ephraim, Cyril of Jerusalem, & John Damascene.

A “biblical catechism.” The idea is simple but unique: 1001 questions are “answered” with a Bible passage: with 18 broad categories and 200 sub-topics.

Pope Francis Explained: Survey of Myths, Legends, and Catholic Defenses in Harmony with Tradition (#43; Jan. 2014)
A look at how the media frequently misrepresents the pope as a supposed dissenter, and how Catholics on the far right are also unnecessarily suspicious.

Compiled from fourteen classic Catholic mystics and contemplatives or works, drawn from 22 books, compiled under 215 categories, chronologically by date.

Collection of usually 2-3 page-long articles on 14 broad apologetics topics; many drawn from published articles with Seton Magazine and The Michigan Catholic.

A spiritual journey to Israel recounted, with descriptions of holy sites, survey of some recent exciting discoveries of biblical archaeology, and biblical exposition.
*
The “Catholic” Luther: An Ecumenical Collection of His “Traditional” Utterances (#48, December 2014)
Collection of Luther statements that Catholics would agree with. Nine broad sections and 113 individual categories, arranged chronologically within each category.
*
Cardinal Newman: Q & A in Theology, Church History, and Conversion (#49, May 2015)

Almost a “systematic theology” from Cardinal Newman, by use of many topical categories. Of particular usefulness for possible converts, as well as “uncertain” Catholics. 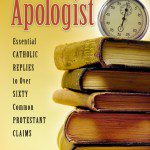 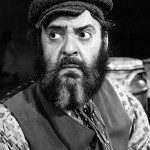 February 12, 2014 “Tradition” Is Not ALWAYS a Bad Word! It's also GOOD!
Recent Comments
0 | Leave a Comment
"Mr Dave....I am A white privileged retired Catholic who fears for my grandchildren growing up ..."
RPlavo . Orange Beast Gone. Who Will Dems ..."
"Yes, they prostrate before the golden Donald idol which was made in China"
RPlavo . Orange Beast Gone. Who Will Dems ..."
"No."
Dave Armstrong Title: “Radical Catholic Reactionaries”: Exchange w ..."
"Mr. Lawler wrote a good book titled “The Faithful Departed” about the decline of the ..."
Chris Marshall, Keating, & Lawler: Exchanges Re ..."
Browse Our Archives
get the latest from
Biblical Evidence for Catholicism
Sign up for our newsletter
POPULAR AT PATHEOS Catholic
1