Watch: Philip is the original vanishing hitchhiker, and more, in three new clips from A.D. The Bible Continues

If it’s Wednesday, it must be time for more clips from A.D. The Bible Continues — and the latest batch includes a rare depiction of one of the more unusual bits from the book of Acts. Check it out, along with the other clips, below the jump.

First, the really unusual bit, which you can watch right here:

Some background: Acts 8 describes how Philip encountered an Ethiopian eunuch who was riding in a chariot on his way home from Jerusalem. Philip noticed that the eunuch was reading from the book of Isaiah, and he hitched a ride so that he could tell the eunuch how that passage from Isaiah was ultimately fulfilled by Jesus.

Rossellini’s Acts of the Apostles (1969) and the NBC miniseries A.D. Anno Domini (1985) both avoid Philip’s disappearance altogether, by fading to black (and a commercial break?) right after Philip pours water on the eunuch’s head: 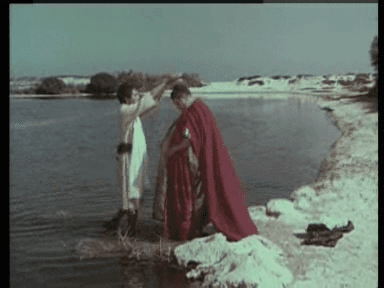 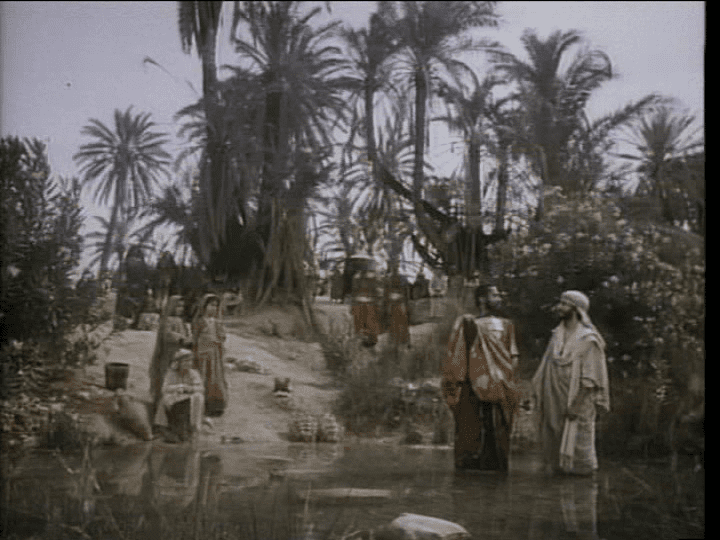 Two other films have referred to Philip’s disappearance in the voice-over narration but have kept the actual disappearance of Philip offscreen.

The Living Bible (1957) has the camera follow the eunuch while Philip stands by the water, and eventually Philip is out of the frame altogether: 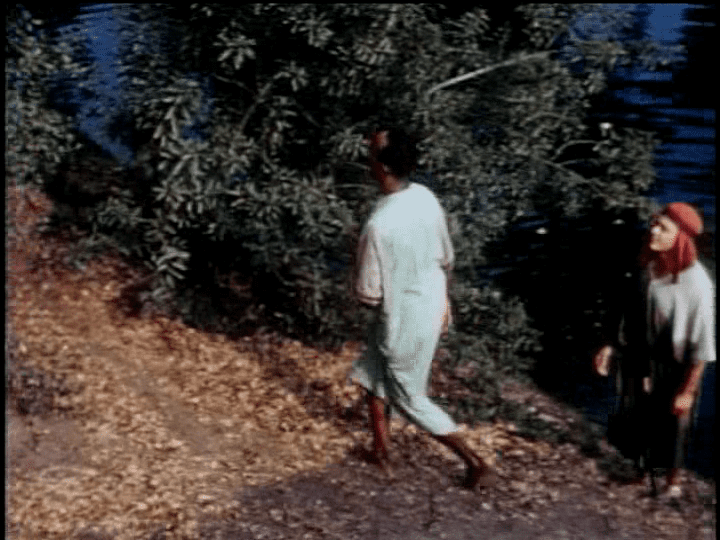 And The Visual Bible’s adaptation of Acts (1994) simply dissolves from a shot of the water to a shot of the eunuch looking around and noticing Philip is gone: 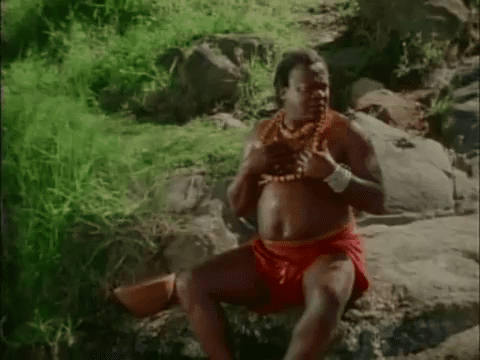 Those are the only other cinematic depictions of Philip and the eunuch that I can think of right now. So it seems that A.D. The Bible Continues is breaking new ground here, as elsewhere, with its straightforward depiction of this supernatural event.

Meanwhile, turning to other clips from this coming Sunday’s episode…

Peter delegates responsibility for the Jerusalem church to James the Just:

And, finally, we have a preview of the next episode of Beyond A.D.:

June 15 update: The network has released a longer version of the sequence in which Philip meets the eunuch (it also includes a brief scene of Tabitha’s death):

Check out earlier trailers and other videos here (though be warned: it appears that the network has taken some of the trailers and clips offline already):

June 8, 2015
Watch: The apostles say farewell to Saul, and more, in three new clips from A.D. The Bible Continues
Next Post

June 12, 2015 Interview: Chipo Chung on speaking in tongues, finding laughter on a serious set, being a woman in a man's world, and playing Mary Magdalene in A.D. The Bible Continues
Recent Comments
0 | Leave a Comment
""AD" stands for "Anno Domini", a Latin expression meaning "In the Year of Our Lord".So ..."
Peter T Chattaway The Chosen — season one, episode ..."
"Why does it say at the start of episode 3 that it takes place 26 ..."
Desiree Chamberlain The Chosen — season one, episode ..."
"What about Hellboy, The Grudge, Ghoulies, and Anaconda?"
45th Spiderbob Group VGCP When R-rated franchises go PG-13 …
"Not yet, but I might do something like that once Season 2 is complete."
Peter T Chattaway The Chosen — season one scripture ..."
Browse Our Archives
get the latest from
FilmChat
Sign up for our newsletter
POPULAR AT PATHEOS Entertainment
1