Exodus: Gods and Kings to be released in 4K Ultra HD

4K Ultra HD videos are getting a big push right now, and one film that will soon be available in that format is Exodus: Gods and Kings, which arrives on March 1.

The set will apparently include a Blu-Ray disc and a digital copy of the film as well, but it might not include the 3D version of the film — which is significant, as Exodus is, to my knowledge, the only Bible movie that was actually shot in three dimensions.

Here is the cover art for the 4K Ultra HD edition of Exodus: Gods and Kings: 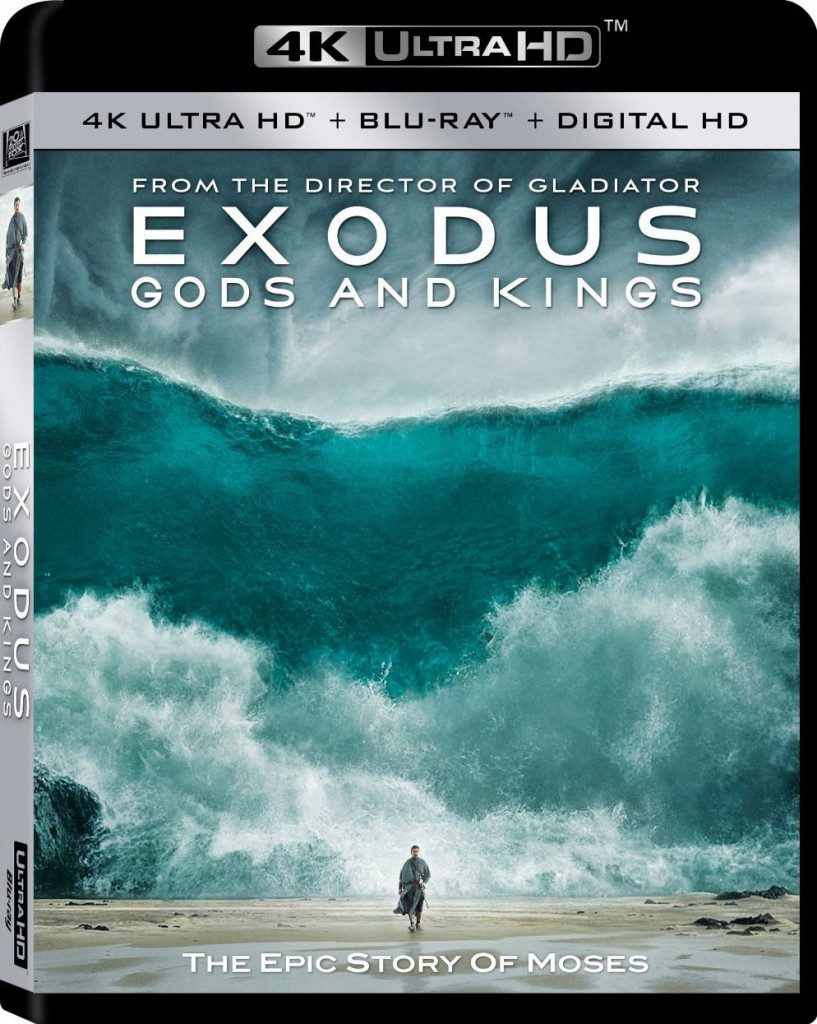 January 6, 2016
Watch: New teaser for Of Kings & Prophets, plus new photos and an "historical introduction" to the biblical series
Next Post

January 8, 2016Risen dropped a major character "due to time constraints"?
Recent Comments
0 | Leave a Comment
Browse Our Archives
get the latest from
FilmChat
Sign up for our newsletter
POPULAR AT PATHEOS Entertainment
1